Home Cooking Tips What Do Artichokes Taste Like?
Cooking TipsFoodsguy 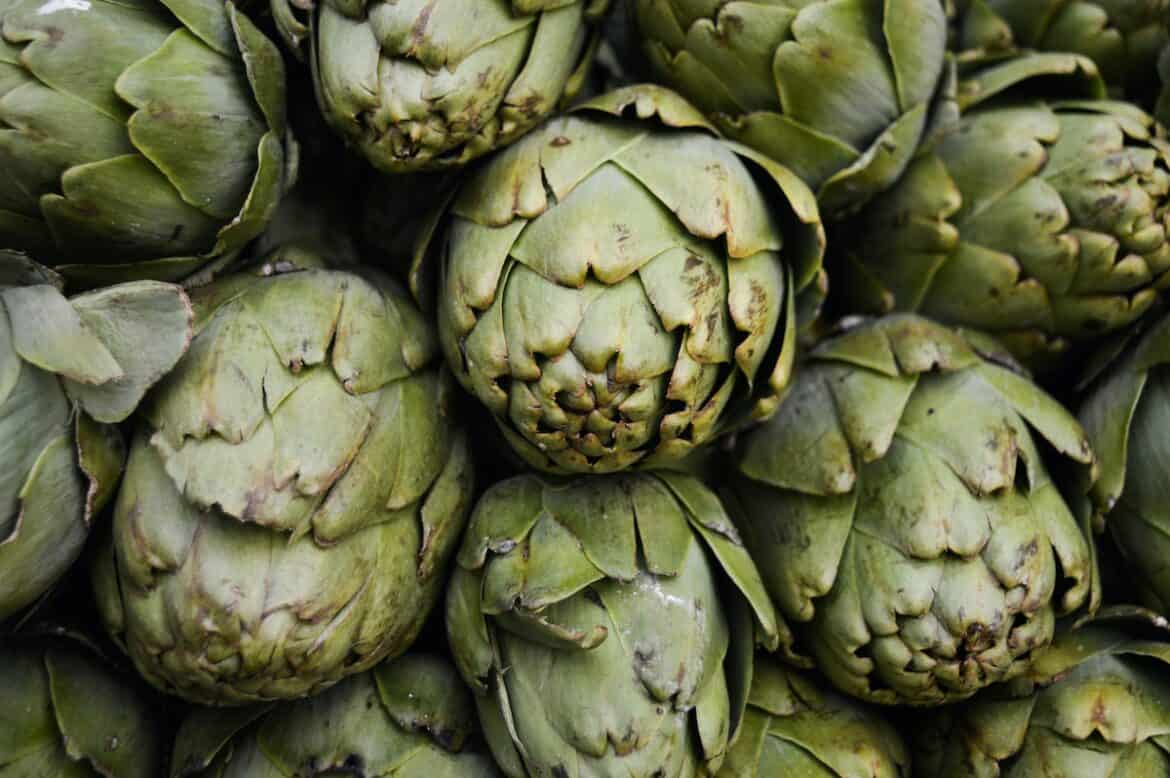 Artichokes are known all over the world for their unique flavor. They can be used in dips or eaten by themselves!

If you haven’t had this food before, it is certainly worth a try. Artichokes might look intimidating to you because of their hard cactus-like appearance, but trust us, it makes your pasta, soup, and dips delicious!

So, what do artichokes taste like? Artichokes have an earthy and nutty flavor to them in general. Uncooked artichokes have a more bitter taste as compared to boiled, steamed, or fried ones, which are more robust and fresher in flavor.

To know more about the taste and different cooking methods, let’s dive straight in!

What Is An Artichoke?

Artichokes are one of the oldest cultivated vegetables. They blossom into beautiful purple flowers. However, the edible portion of an artichoke, called a thistle, happens before the flower blooms.

There is an interesting story about its discovery in Greek mythology. It is believed that Zeus himself created it. It is said that when Zeus became angry with a woman he made goddess, he sent her back in the form of an artichoke.

Many people believe that artichokes originated from the Mediterranean region and were extensively used in Italian cuisines at that time.

Later on, the Dutch traders introduced it in England, and then it spread throughout the World.

Currently, there are more than 100 varieties of artichokes.

These include the Jerusalem artichoke, Big Heart artichoke, Imperial Star artichoke, Castel artichoke, and more. Still, the most popular and common one is the Green Globe Artichoke.

The overall profile of the artichoke is based on various factors like taste, smell, texture, color, and cooking techniques. All of these combined produce a mouth-watering artichoke recipe.

To give you a better understanding, we will look at each of these factors separately below.

Different varieties of artichoke will often have different flavors. For example, some types may have an earthy flavor and taste like celery, while others might taste more like a turnip.

Over time, the artichoke will start to lose its texture and flavor, so if you are not planning to cook them right away, make sure you store them in your fridge.

Since artichoke is a flowering plant, it has an earthy celery-like smell as well.

Moreover, it is important to cook artichokes properly because they retain their hard and stringy texture if you undercook them. And if you overcook them, they will become pulpy.

You can distinguish between a good artichoke and a bad artichoke based on its color.

Generally, a fresh artichoke has a deep green or slightly yellow color from the outside. However, once cooked, it changes the color to beige or golden-brown.

On the other hand, a stale artichoke will have discolored or brown edges. This simply means that the artichoke is past its prime time and should not be used for cooking.

However, if the leaf tips are still intact but discolored, it indicates frost damage. This type of artichoke can be used for cooking purposes as its quality remains good overall.

You can cook artichokes in a variety of ways. Each way of cooking gives a different taste and texture to this vegetable. So, let us see what all you can do with artichokes.

Raw artichokes are hard and stringy in texture. Their taste is mild yet nutty and slightly bitter. Because of this, you should try other cooking methods.

This is one of the easiest ways to cook artichokes. After boiling, artichokes no longer retain their deep green shade.

It is the best way to enhance the flavor of artichokes as frying caramelizes the sugar already present in the artichokes.

Overall, it tastes a lot nuttier, just like asparagus.

While grilling is not the best way to cook them, it is better than eating them raw. The best way to grill artichokes is to steam them first and then grill them to have the perfect grill marks and tenderness.

Once grilled, artichokes give a smoky flavor like other grilled food items accompanied by little sweetness.

How To Cook Artichoke

There are many ways of cooking artichokes, as seen above. Here, we will provide you with the step-by-step recipe to cook artichokes in various ways so that you can have some scrumptious artichoke dishes.

This is the perfect dish for a lazy weekend when you want to eat something delicious but are too tired to follow any elaborate cooking procedures. Just follow the steps below, and your meal will be ready in no time!

Your boiled artichokes are ready. Dip the leaves in your favorite sauce and enjoy this healthy and tasty meal. Also, make sure to scoop out the choke before eating the heart.

Toss and cook some cut artichokes in olive oil and you will have another dish ready in just a few minutes! Follow this straightforward recipe given below, and you will fall in love with artichokes just like we did.

Your dish is ready! Serve it immediately as it tastes best when hot.

Although artichokes aren’t ideal for grilling, you can still roast them after steaming. This will give a perfect texture to your artichokes. So, follow this simple recipe, and your grilled artichokes will be ready.

Serve the grilled artichokes with some sauteed vegetables and pair them with creamy sauce. Your dinner is ready!

Have you ever heard of baking artichokes? This recipe is the best way to make stuffed artichokes. So, if you are planning to host a party, add this dish to your menu.

The perfect party snack is ready! Serve while hot and enjoy the cheesy artichokes.

What Are The Benefits Of Eating Artichoke?

If you are planning to cook an artichoke, here are a few benefits that make this dish even better.

Artichokes are superfoods because they are full of nutrients like vitamin K, vitamin C, fiber, iron, calcium, magnesium, potassium, and phosphorus. Also, it is packed with various antioxidants.

If you love trying something new, artichokes are for you. Although they have a unique taste, it isn’t very overpowering.

Therefore, you can add them to a lot of dishes like creamy dips, hummus, lasagna, pasta, salad, pizza, and much, much more!

Artichokes enhance the taste of all your dishes, and you will have something new every time you add it to any dish.

Now that we’ve gone over what artichokes taste like as well as how to cook them, let’s take a look at a few related questions on the subject!

How can you tell if artichokes have gone bad?

Artichokes generally last for 3-4 days on the grocery store counter. However, they can last for about 1 week if kept properly in a refrigerator.

Also, it is very important to thoroughly wash and clean them before storing them. If you open the artichokes and do not preserve them as mentioned, artichokes will go bad.

So, how can you tell if your artichokes have gone bad? Well, if you notice that the texture of your artichoke has become overly soft or falls apart with light pressure, then it is probably best to throw it out.

Also, if the artichoke smells or tastes off in any way, then it is best to toss it. If you notice any mold growing on the artichoke, this is also a sign it has gone bad and needs to be thrown out.

Can you freeze artichokes?

Yes, you can freeze artichokes after cooking, but not raw artichokes. You should store raw artichokes at room temperature. Otherwise, their taste becomes awful. Upon thawing, they color also becomes brown..

This will increase the shelf life of your artichokes to 12 months without compromising on the color and taste. Since it is a seasonal vegetable, this way you can store it to cook dishes throughout the year.

To thaw, remove them from the freezer and wrap them in aluminum foil. Then, place them over steaming water until unfrozen, and then proceed to cook as you want.

Up Next: Clementine Vs Orange – What’s The Difference?

Clementine Vs Orange – What’s The Difference?

Salted Or Unsalted Butter For Cookies – Which To Pick?