What Is Butter Flavoring? 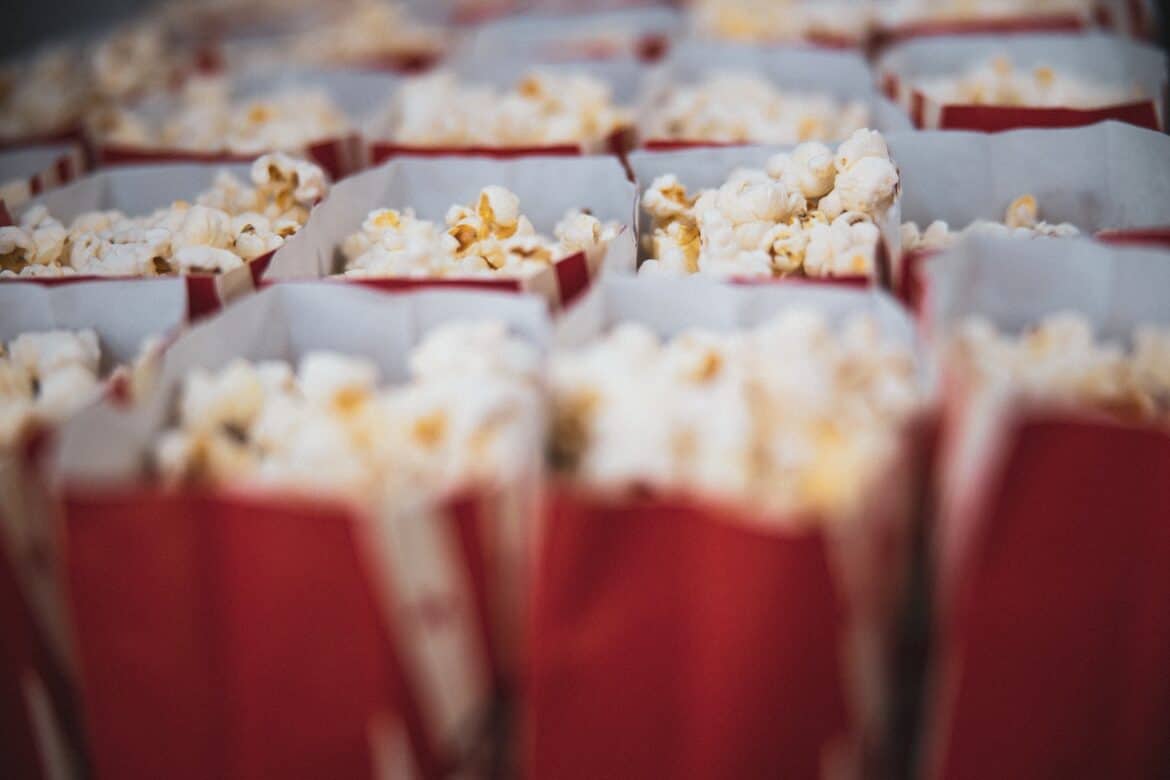 If you’ve ever seen butter flavoring as an ingredient on a baked good, popcorn, or margarine spread that you’ve picked up at the store, you might be wondering what exactly this product is. Is it made from real whole butter? Is it vegan?

While butter flavoring isn’t commonly used in the home kitchen, it is a popular product in the manufacturing world. Using butter flavoring gives products that distinct butter taste, without adding extra fat or calories to the product.

Butter flavoring is also shelf-stable, which makes it a great addition for prolonging the life of processed foods.

There are some companies that will sell butter flavoring for the home cook, but generally, it’s used in the manufacturing of processed foods.

Read on to discover what butter flavoring is made of, what it tastes like, how it’s used, and whether it is the same thing as butter extract!

What Is Butter Flavoring Made Out Of?

In order to make butter flavoring, makers will typically combine isolated compounds that are found within butter such as diacetyl, acetyl propionyl, or acetoin with water and other natural flavors and ingredients.

The final product is a liquid that contains no calories and lots of butter flavor.

It is used to add butter flavor to microwave popcorn, oil-based spreads like margarine, commercially produced baked goods, and other products.

Since it is low in calories it is often used as an alternative to butter in baking to lower the fat content.

Thanks to scientists who were able to isolate the specific compounds that help to give butter its distinctive flavor, butter flavoring tastes pretty close to the real thing.

It can actually be a little stronger tasting than actual butter since it is a concentrated product.

While it has a pretty similar flavor to butter, it isn’t quite as pure tasting as the real thing, probably due to the other ingredients and the fact that it can be somewhat overpowering. A little goes a long way if you’re using butter flavoring.

A less intense and more realistic alternative is to use a butter extract if you want to punch up the butter flavor in your baking or cooking, without the added calories and fat.

It is made by processing whole butter and extracting the flavors (and sometimes milk proteins) into an extract, like vanilla.

Compared to butter flavoring, it has a milder flavor, but can still add a real punch to your home cooking and baking.

What Is Butter Flavoring Used For?

When it comes to using butter flavoring, it’s an ingredient that is more likely to be used in the manufacturing process as opposed to something you would use in your kitchen.

If you’re looking to add extra butter flavoring to your food at home, I would recommend a butter extract instead.

With that being said, there are several ways that butter flavoring is used in the manufacturing process to add that rich, delicious, buttery flavor to different products.

You can also use it in your kitchen. Some of the most common uses for butter flavoring include:

Unfortunately, there is no blanket answer to the question of whether butter flavoring is vegan. Many companies will use natural flavors such as diacetyl, instead of using butter or dairy, so they would be vegan-friendly.

Your best bet when it comes to figuring out if the butter flavoring your want to use is vegan is to search the company and see if they indicate on their label whether or not it contains milk products.

Most processed foods have to indicate whether they contain dairy as well.

So if you’re picking up a product that uses butter flavoring, check at the bottom of the ingredient list to see if it says “contains milk.” If so, you’re unfortunately out of luck.

In that case, it is typically safe to consume the product if you are vegan since it doesn’t use any actual butter or milk ingredients.

Is Butter Flavoring The Same As Butter Extract?

If you’re wondering whether butter flavoring and butter extract are the same thing, there are some minor differences between them.

Butter extract is made by extracting the flavors and proteins out of whole butter, whereas butter flavoring isolates specific compounds, such as diacetyl.

Butter flavoring is typically a more refined product, whereas butter extract is often made by combining butter with water and then straining it to remove most of the fat.

It will often have alcohol added as well to help with the flavor extraction process.

Because butter flavoring is typically a more refined product, it has a much longer shelf life than butter extract.

If you buy a butter extract, it will only last a few months before spoiling since it contains milk ingredients as opposed to isolated compounds that can’t go rancid.

Butter flavoring may also be vegan, depending on the manufacturing process, so that makes it a good choice for plant-based folks who want that rich butter flavor, without any of the animal products.

Since butter extract is made from milk ingredients, it is not vegan, though it is vegetarian.

You are more likely to find butter extract on the shelf than butter flavoring, since, as I mentioned, butter flavoring is typically used in manufacturing and less often in the home kitchen.

Where Can You Buy Butter Extract or Butter Flavoring?

You can buy butter extract at most grocery stores in the baking section. It is normally next to the vanilla, peppermint, coconut, almond, and other flavor extracts in this section.

You can also pick it up online if you’d rather shop from the comfort of your own home.

If you want to try butter flavoring instead of extract, you can pick up this no-color imitation butter flavor from Wilton.

As you have learned, butter flavoring is a product made by isolating the compounds that give butter its distinct flavor, such as diacetyl, and combining it with water and sometimes other natural flavors.

It is most often used in manufacturing to give butter flavor to products such as:

Butter flavoring is designed to taste as close to butter as possible, without having to actually use any butter. It doesn’t taste the exact same and can have a stronger punch of flavor since it is more concentrated.

Because the product doesn’t contain any fat, it is used as a way to add that rich buttery flavor to products without adding any extra calories.

It is also a shelf-stable product, which makes it perfect for processed foods that need a long shelf life.

Many butter flavorings are not made with actual butter ingredients, so they can be a great alternative for dairy-free or vegan folks who are looking for a way to get that taste without animal products.

I always recommend checking ingredient listings just to be on the safe side.

Butter extract and butter flavoring are not the same thing. Butter extract is made through a process of extracting the flavor directly from butter using water and/or alcohol.

That means it is not going to be dairy-free since some milk proteins can remain in the final product.

It has a closer taste to butter since it comes from the real thing, but it won’t be dairy-free. It is often easier to find, so butter extract is a great choice for the home baker or cook.

Up Next: Can You Froth Oat Milk?

Does Caesar Dressing Have Dairy?

How To Defrost Cool Whip Fast