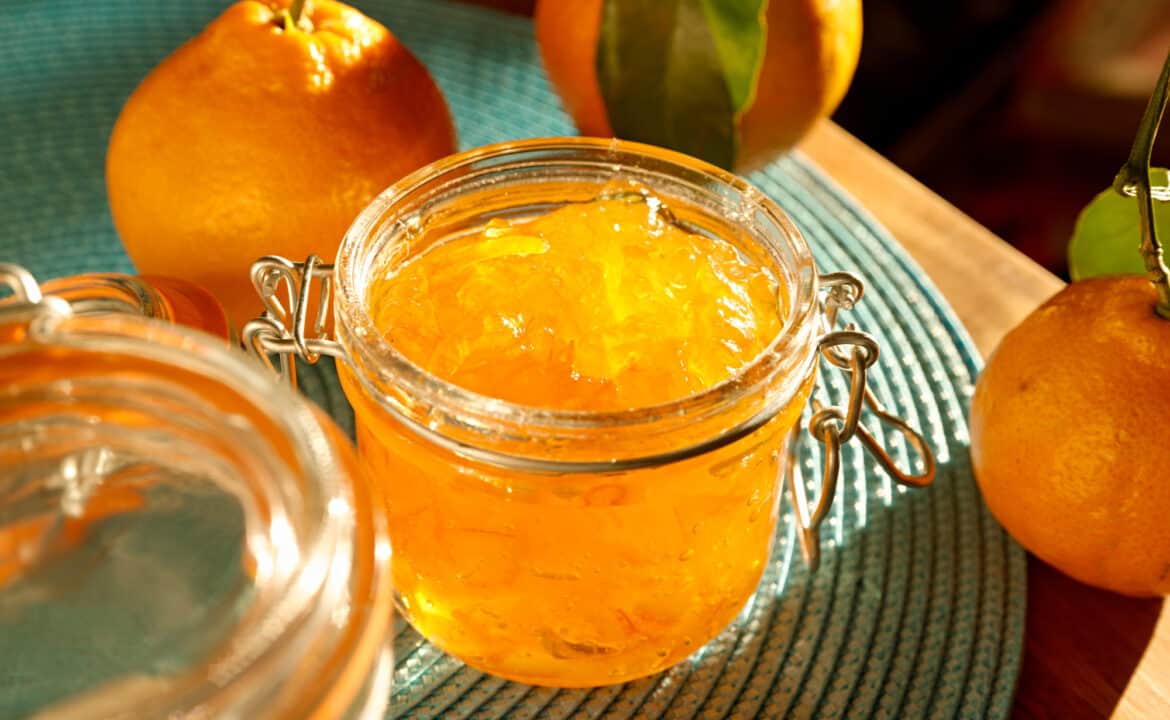 What if you have decided to bake or cook a savory dish and suddenly find out that you are missing the orange marmalade? Should you make a mad dash to the supermarket or can you substitute it with something else?

Read on to learn why these food items work well as orange juice substitutes and what each of them is best used for.

What Is Orange Marmalade Used For?

Orange marmalade, the ultimate citrusy preserve, is more versatile than you can imagine.

If you are not too much into marmalades and preserves in general, you may be surprised to find out orange marmalade is in the list of ingredients for many dishes, be they sweet or savory.

Here’s a list of some uses for orange marmalade:

As you can see, orange marmalade has so many uses that it is certainly worth having a jar at home.

But what if you are not good at making marmalades and you don’t buy commercially manufactured orange marmalade, thinking you will never need it?

For those who use marmalade very rarely, finding a half-empty jar with dried out marmalade in the back of your pantry is usually the case.

It can be discouraging when you are all ready to cook something and get blindsided by a missing ingredient.

In such cases, you need to find alternatives that will do the job.

If you don’t have orange marmalade at hand but the recipe calls for it, there are a few other options you can go for.

While the products you can use instead of orange marmalade don’t always have the same consistency, they do provide distinct citrusy notes.

Orange marmalade is sweet, sour, and bitter all at the same time. Thus, when choosing a substitute for it, it is important to take all these flavor aspects into consideration.

Pick an orange marmalade substitute depending on the culinary task you need it for.

For example, if the particular recipe needs the sweetness of orange marmalade, pick one of the alternatives with relatively high sugar content or level of sweetness.

If the bitterness of the marmalade is what you need to bring your dish to a good balance, pick an option that enhances those flavor notes of this citrus fruit.

Here are seven orange marmalade substitutes you can choose from which you may already have handy.

There is one big difference between orange marmalade and orange jam. To make orange marmalade, the rind of the oranges is not removed. This adds more of an aroma and bitterness to it.

Orange jam, on the other hand, is made with the pulp and the juice of the citrus fruit.

Despite these differences, you can substitute orange marmalade with orange jam in both sweet and savory dishes. It is an especially good substitute for sweet foods, including as a topping for ice cream, waffles, or pancakes.

However, orange jelly can also be a good substitute in certain savory dishes, like orange chicken, in tandem with other ingredients to counter its sweetness.

Orange jelly also works well as a glaze for meat.

If you are not a big fan of marmalades and don’t want to buy an entire jar to only use a few tablespoons in a savory dish, buying orange juice concentrate instead is a good choice.

Orange juice concentrate, as the name suggests, has an intense orange flavor. It lacks the sweetness of the marmalade. However, you can fix this with a splash of sugar.

You can use orange juice concentrate instead of orange marmalade in sauces and marinades.

This substitution will not work for baking recipes.

Orange juice is perhaps one of the most widely available orange marmalade substitutes and you are likely to have it in your fridge at all times.

If your orange juice is sugar-free, you may need to add some sugar to bring the flavor closer to that of the orange marmalade. But if the juice is sweet, you may skip this step.

Like orange concentrate, orange juice will work as a substitute for orange marmalade in sauces. It can also work for salad dressings and marinades.

You can use lemon marmalade instead of orange marmalade interchangeably, so long as the intense lemon flavor won’t take away from the dish and it will go well with the rest of the ingredients.

These simple yet flavorful pieces of orange peel can save you in a lot of situations, including when baking with a recipe that calls for orange marmalade.

While the zest lacks the sweetness of the marmalade and is obviously different from it in terms of texture, it has the potency to transfer an intense orange aroma to your baked goods.

To balance out the sweetness, you can add a little more sugar along with the zest.

If you don’t have dried orange zest at hand, you can use fresh zest. It will do the job equally as well. When grating the orange peel and using it instead of orange marmalade, make sure you are avoiding the white parts.

Otherwise, your baked goods or desserts will turn out overly bitter.

You can use orange extract as a substitute for orange marmalade in cases when you need the orange flavor in the dish.

As the orange flavor in extracts is very concentrated, you need to use a very small amount. A teaspoon of this extract is enough to give the dish the needed flavor and aroma of oranges.

You can use orange extract for all your baking needs, as well as in the making of desserts. Orange extract also works perfectly in sauces and marinades.

If you are not much into cocktails, you may not have orange bitters or liqueur at home. But if you happen to have it, you can use it as a substitute for orange marmalade for certain cooking needs.

Orange bitters, being an alcohol-based cocktail flavoring, can be widely used in baking.

How Do You Make Homemade Marmelade?

Even if you are someone that always uses store-bought orange marmalade, you can make some yourself within an hour or two.

Some orange marmalade recipes have a cook time of over two hours and require soaking the oranges in syrup overnight.

But when you are going to make a dish that calls for orange marmalade and you don’t have any at home, opting for a quick marmalade recipe can be a wise move.

Especially if you don’t want to substitute the marmalade with anything of different texture and flavor intensity or notes, a quick DIY marmalade might be the best alternative to its store-bought counterpart.

If your jar of commercially produced orange marmalade is empty and you happen to have a few oranges at home, then you should certainly try making the marmalade yourself, if you are not running short on time.

The process of making homemade marmalade is simple and there is very little room for error.

Here is how to make homemade marmalade:

And that’s it! If you feel like none of the abovementioned substitutes are good enough to be used instead of orange marmalade, you can always make the closest substitute yourself.

The only drawback of this option is that it takes time.

Can You Substitute Apricot Preserves For Orange Marmalade?

But if apricot preserves are all you have at home and you are in desperate need of orange marmalade, here is what you can do.

Up Next: Can You Freeze Oranges? – The Best Way