Can You Mix Peanut Oil And Vegetable Oil? 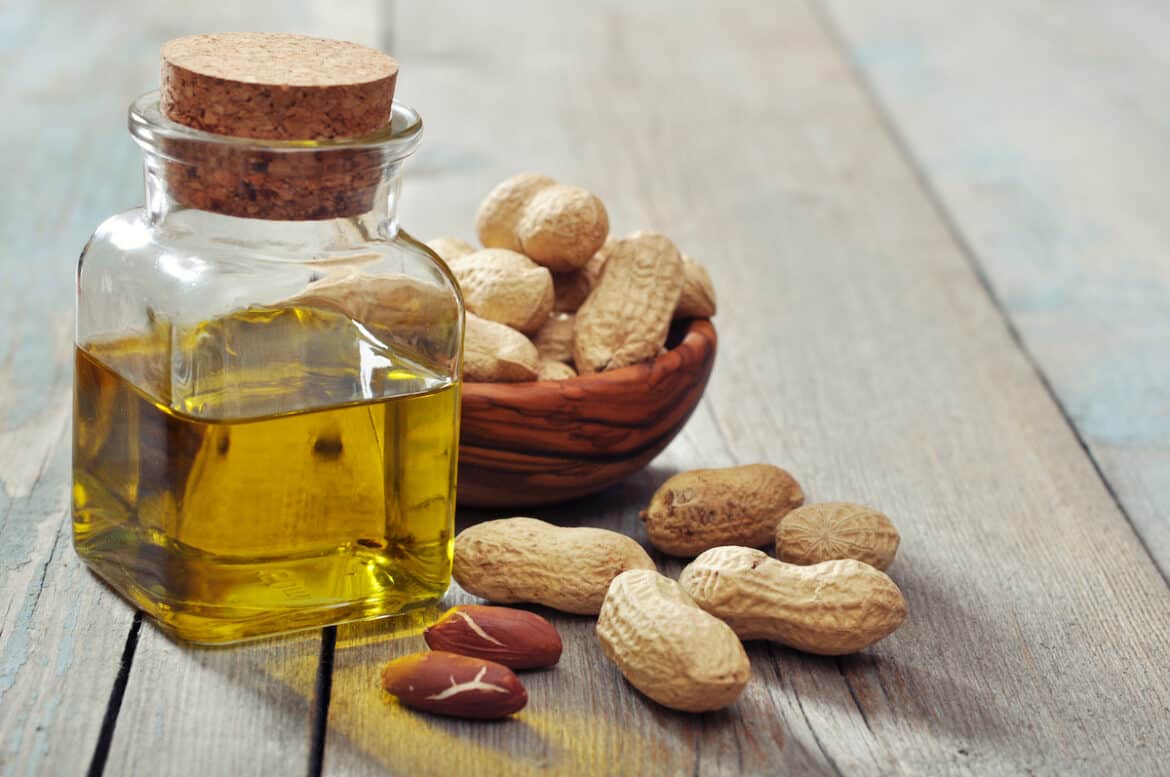 Oil is one of the basic elements in cooking without which most of your dishes would be incomplete. It is used for frying, sautéing, baking, grilling, and also as a topping for salads.

There are several types of oil available in the market that you can use based on your preferences. Two of the most popular ones in the US include peanut oil and vegetable oil.

While they have their own set of benefits and drawbacks, and while both work wonderfully on their own, the real question is whether they can be mixed together.

Instances where you would want to mix them include when you’ve run out of oil in your pantry and have near-empty bottles of the two, or simply because you want to try out a new combination.

Read on to find out more about mixing the two most popular oils together, what happens as a result, and if you can mix them while frying, baking, in cold dishes, and more!

What Happens When You Mix Peanut Oil And Vegetable Oil?

Mixing oils isn’t something new. People have been doing it for quite some time. Whenever you run out of oil and have some peanut and vegetable oil on hand, go right up and mix them without a worry.

Mixing peanut oil and vegetable oil is a safe process with no such risks attached to it.

However, since not all vegetable oils are the same, you have to keep note of which one you are using before mixing it with peanut oil. Make sure to check the label to see if it is safe to be mixed with other oils or not.

Before we discuss this further, it is important to note that most vegetable oils that we use at home for cooking are a result of different types of oils mixed together.

The only difference is that all these oils undergo a strict testing process before they are mixed, where their chemical composition, compatibility, taste, and smoking points are checked.

Now, since you can’t perform these tests on the peanut oil and vegetable oil you have at home, it raises a huge question regarding the process’s safety and taste.

Luckily, there is nothing to worry about and you can safely mix them. Of course, as mentioned earlier, check the label on your oils before mixing them and keep in mind both the oils’ smoking points, using the lower one for your cooking.

It is also important to note that peanut oil contains nut allergens that may be harmful if you have any kind of allergies to peanuts.

An oil’s smoking point is the temperature at which it starts to burn or smoke. When you heat an oil past its smoking point, not only will it lose essential nutrients but it will also give the food a burnt flavor.

Overheated oil is also bad for health since it may produce trans fatty acids, which are the worst type of fats you can eat.

Long-term consumption of trans fatty acids raises your bad cholesterol while lowering your good cholesterol, and is linked to health issues such as cardiovascular diseases, diabetes, and obesity.

Peanut oil is a wonderful source of monosaturated fat, which is a healthy fat and has an approximate smoking point of 450°F.

You may use it for frying and sautéing to add a slight, nutty flavor to your food. For a stronger flavor, we suggest using roasted peanut oil that may be best suited for side dishes that require an extra kick of flavor.

When using peanut oil for cooking, make sure to keep the temperature under its smoking point to avoid overheating it and producing harmful chemicals and toxic fumes.

Similarly, if the peanut oil has a lower smoking point than the vegetable oil it is mixed with, it will start to burn if you heat it above 450°F.

Therefore, always remember that the final smoking point of the resultant mixed oil will be of the oil with the lower smoking point.

How Will Mixing Oils Affect The Flavor Of The Food?

Most vegetable oils used for cooking have a very neutral taste, which is why mixing them together may not have an impact on the flavor.

However, since peanut oil has a pretty strong flavor, you should prepare for a nutty flavor in your food if you mix it with vegetable oil, particularly in large quantities such as for deep frying.

When used in small quantities, it won’t make that big of a difference to the taste of the food.

When using raw oil for cold dishes such as salads, the flavor of the oil stays much stronger and potent as compared to when it is heated.

So, in such cases, it is important to consider the change in taste that may come with mixing the two oils together.

When used as a dressing, if the recipe calls for peanut oil, mixing it with vegetable oil may take away from the delicious, nutty flavor of the peanut oil.

Also, since particular oils are used to flavor certain cuisines, for instance, using peanut oil in Thai food and olive oil in Italian food, mixing them with different oils may heavily affect the flavor of the food.

Additionally, when using oils for baking such as when making cakes, most recipes usually call for vegetable oil, but mixing oils of a similar smoking point will not be an issue.

When mixing it with peanut oil, it should not alter your recipe too much. It may, however, add a slightly nutty flavor to the recipe which, in our opinion, may actually improve the overall flavor of the cake.

Now that we’ve talked about mixing peanut oil and vegetable oil and how it will affect the flavor of your food, here are a few additional questions we thought you might have had while reading this article!

Can you use peanut oil for deep frying?

Yes, of course you can! Flavor plays a huge role when choosing oils for deep frying, especially when it comes to peanut oil that is famous for its strong and unique nutty flavor.

Most vegetable oils are considered neutral or flavorless and do not have much of an impact on the flavor of the food.

Peanut oil, on the other hand, is a popular choice for deep frying since it is quite flavorsome and adds an extra kick to the food.

Many popular fast-food chains, such as Five Guys, use this delicious oil for making their French fries, which is proof that peanut oil is a great choice for deep frying.

Can you mix peanut oil with vegetable oil to fry a turkey?

Yes, you can. Since vegetable oil and peanut oil have a somewhat similar smoking point, you can easily mix the two to fry anything, including a turkey.

You just have to make sure that you work with the lower smoking point out of the two oils. Also, keep in mind that the peanut infusion might give the turkey a slightly nutty, albeit delicious, flavor.

Can you reuse frying oil?

Yes, you can reuse frying oil, but there are certain things you need to be careful about. Firstly, choose an oil with a high smoking point so that it doesn’t easily break down and burn.

Secondly, maintain the temperature and practice good temperature control by using a thermometer that can handle heat well.

Make sure to drain the oil and filter it after every use to get rid of any impurities and unwanted food particles.

Also, make sure to reuse the oil for similar dishes since it will take on the flavor of the food that was cooked in it. For instance, do not reuse oil to make doughnuts that you used to fry fish, or vice versa, since it is going to be a recipe for disaster.

Lastly, do not reuse the oil too many times and keep an eye out for signs such as the oil looking cloudy or giving out a rancid smell. Regardless of how it looks or smells, never reuse oil that is more than 1-2 months old.

Up Next: Crockpot Temperatures – The Ultimate Guide

Baking Vs Cooking – What’s The Difference?