Home How To Can You Microwave Sour Cream? – The Ultimate Guide
How ToReheating

Can You Microwave Sour Cream? – The Ultimate Guide 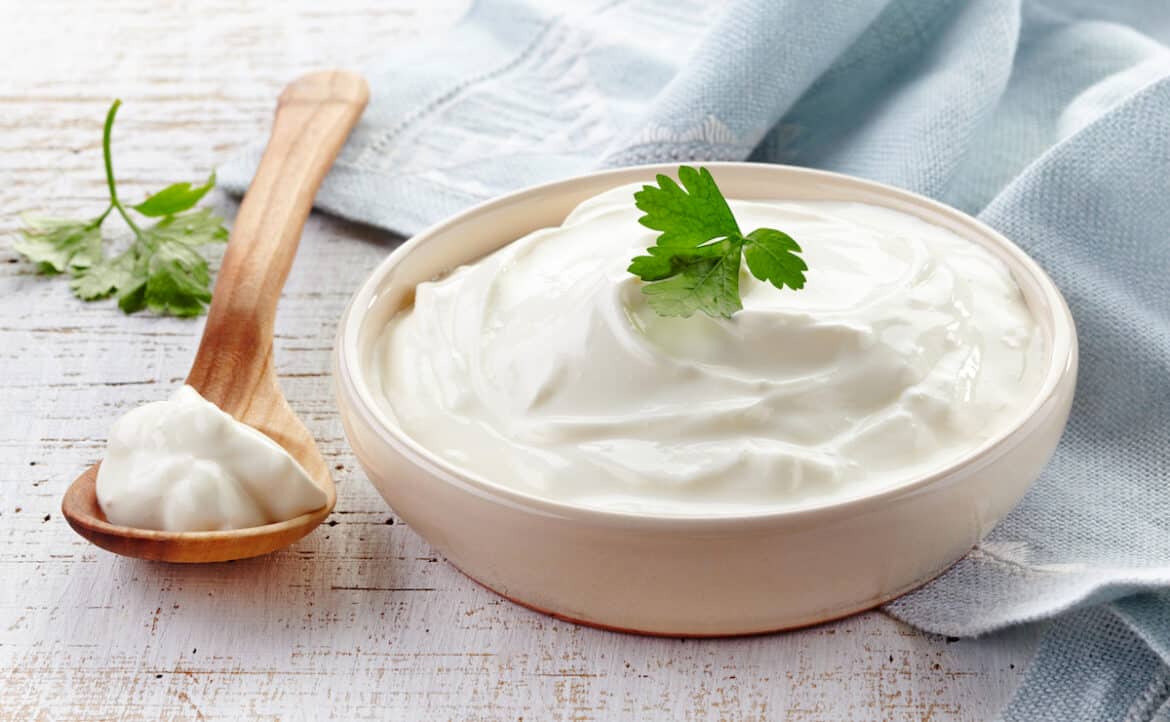 Sour cream is one of the foods that people put on everything as a topping – even the saltiest dishes. It is also a common ingredient for various baking recipes, soups, even salads. In fact, we cannot think of a dish that would taste bad with some sour cream on top. Can you?

While sour cream is a food of endless possibilities, it is also not as easy to handle as you think. At least, heating it the wrong way can lead to unpleasant results.

In the following guide, we will discuss the whole process of microwaving sour cream together with several additional tips and rules we recommend following.

Can You Microwave Sour Cream?

Sour cream is similar in consistency, appearance, and taste to yogurt. It is salty rather than sweet, although its taste is considered to be neutral. Normally, it is sold in buckets with foil on top but you can generally find fresh sour cream in the more specialized stores.

The different types of sour cream have different fat content, which determines the density. Sour cream is obtained by fermentation with bacteria, just as yogurt is made. The existence of these bacteria is what makes the heating process slightly complicated.

When exposed to high temperatures, the bacteria in sour cream or any type of dairy product dies.

Yes, you can microwave sour cream, but you should remember several key subtleties that we will now discuss.

How to Microwave Sour Cream: And Rules to Follow

If we can explain the process of microwaving sour cream with a few words, it would probably be “gently, carefully, and slowly”. Cream, in general, is not the most durable product and you always need to be extra careful with the handling and storage.

Here’s how to microwave sour cream:

To make the explanation easier, we have divided all aspects of microwaving sour cream into our own “rules” which are listed below.

Follow these steps and we can promise you that you will avoid all potential problems.

While this is an obvious fact for those of us who handle the kitchen at home, it is also a common mistake among people.

It refers to all sorts of food with exceptions being containers that have a sign that approves microwaving. However, we would be surprised if you ever find a sour cream with such a sign on the package.

Why should you transfer your sour cream to a plate or any other microwave-safe dish? When heated in a microwave, the chemicals used to make plastic are released from the container.

The chemicals contaminate the sour cream and make it dangerous for us to eat.

2. Never reheat sour cream that has been heated previously

As previously explained, the bacteria used to make sour cream which is the reason why it tastes and holds this way dies depending on the temperature. Once you heat your sour cream, you cannot reheat it later.

In other words, you should only heat sour cream that is brand new from the packaging or fresh sour cream from the store.

Monitoring the entire process of heating sour cream in the microwave is key for the success of the operation. You need to be careful not to overheat it as it will separate or curdle.

Generally, you can heat a large portion of sour cream but we highly recommend spending a couple of additional minutes near the microwave to heat it in smaller batches.

If possible, let the sour cream reach room temperature before you microwave it.

According to experts, you need to microwave at high heat for 15 seconds for every tablespoon or 20 seconds at low heat.

In other words, imagine that you need 6 tablespoons of sour cream. This makes 6×15 seconds or a total of 1 minute and 30 seconds in the microwave.

If you feel like the sour cream is not hot enough after this period, continue heating in 5-second intervals until you reach the desired heat. It sounds like a lot of work, but you really do need to check between each interval.

Back in the day, there weren’t so many types of sour cream. If you plan on microwaving sour cream, consider using only full-fat or low-fat sorts.

Nevertheless, if you are under a strict diet or simply prefer non-fat products, you can use the microwave. However, we recommend reducing the power to low or at least medium.

Microwaving sour cream on low heat will heat it more slowly but it will decrease the chances of curdling. However, there is no guarantee that it will not happen anyway.

What does curdling mean? Is it dangerous?

The most common issue with sour cream that has been exposed to high temperatures is curdling. You will recognize it if you see small lumps on the surface of your sour cream that was not present before the heating.

Fortunately, curdling is completely safe as it does not change the taste or quality of the sour cream. The only negative effect it has is on the appearance.

In the end, if you are not cooking for a special dinner, you can get over the imperfections and enjoy the tasty cream.

Is it okay to reheat food that contains sour cream?

Yes, you can safely reheat food that contains sour cream but the end result depends on how much sour cream there is.

The main problem that you can experience when the sour cream makes the food extra soggy.

If the sour cream is, by chance, on top of the food you plan to microwave, you can scoop the cream and add it later when the dish is hot.

This would prevent the previously mentioned problem but the sour cream would probably not get as hot as you would like it.

What is a good substitute for sour cream?

Although sour cream is widely popular and absolutely delicious, there are people who simply cannot use it due to allergies or intolerances, or they simply do not like the taste of it.

While no other food can substitute sour cream 100%, there are several options that come close or at least match well with most recipes that require sour cream.

Here are some good substitutes for sour cream (depending on the recipe):

Is sour cream the same as crème Fraiche?

While both creams are made in identical ways with the use of bacteria to add flavor and thickness, sour cream and creme Frache are completely different foods that often get mistaken for one another.

The main difference here is the fat content. Crème Fraiche is significantly richer in fat which makes it suitable for cooking at higher temperatures.

As you probably already understand, sour cream curdles easily at a high temperature which also means that crème Fraiche is another great substitute depending on the dish you plan to cook.

Can you freeze sour cream?

Freezing sour cream is perfectly fine as long as you are ready to lose the normal texture and appealing appearance of the cream. In other words, frozen sour cream retains its quality but loses its consistency.

This means that it will not be suitable to use as a topping once thawed but it will be perfectly fine to use in baking or other normal recipes.

You can learn all about freezing sour cream in a recent article we wrote!

Can You Refrigerate Coffee? – The Ultimate Guide

How To Reheat Sticky Rice

How To Reheat Tteokbokki

How To Reheat Risotto – Everything You Need...

How Long Is Chinese Food Good For? (And...

White Stuff On Grapes – What Is It...