Home Cooking Tips Can You Drink The Juice From Canned Beets?
Cooking TipsFoodsguy

Can You Drink The Juice From Canned Beets? 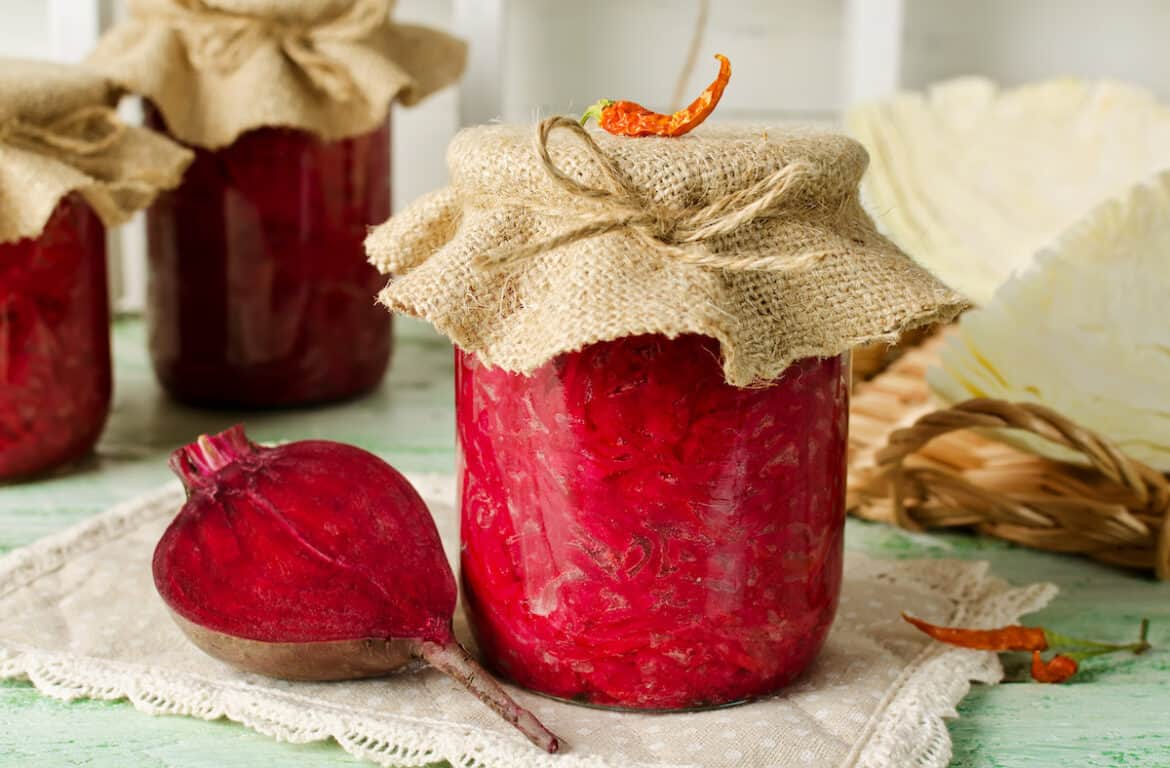 If you use canned beets often, you have certainly wondered if you can use the juice from canned beets. Is the rich red liquid the veggies leave behind good for you or should you discard it?

This article answers one of the most popular questions about canned beets. You will also learn why buying canned beets is a good idea and how to use them.

Are Canned Beets Good For You?

Canned beets are not as popular as some other canned foods, including canned beans and tomatoes.

But giving them a try at last once is certainly worth it as canned beets are easy to use and what is more important, they are healthy and taste as good as fresh beets.

If fresh beets take at least half an hour to cook, canned ones can be used right off the packaging. You only need to drain them.

Canned beets, just like fresh beets, are a good source of folate, phosphorus, and potassium.

Eating canned beets can also provide you with magnesium, vitamin B-6, C, and K. And the best part is that there is a negligible amount of fat in canned beets and a good amount of dietary fiber.

In addition to the health benefits of canned beets, this product is also very long-lasting. While fresh beets last around 10 days, unopened canned beets keep well for at least 3 years if stored properly.

How Do You Eat Canned Beets?

Canned beets have many uses. You can eat them as-is with a splash of lemon juice and a drizzle of olive oil on top. Canned beets are also great for salads and various healthy bowls.

You can also serve canned beets as an appetizer with orange juice sauce and cottage juice. Canned beet bruschetta is a good idea for a creative start for dinner.

The flavor of canned beets is so similar to fresh beets that you can use them nearly in any recipe that calls for fresh beets.

Is It Safe To Drink The Juice from Canned Beets?

The ingredient list of canned beets is usually very simple. In general, canned beets are preserved either in plain water or salt is added to the liquid. In certain cases, manufacturers add sugar to the liquid to enhance the flavor of the beets.

Even if for any reason you are unable to read the ingredient list of the canned beets you have at home, drinking the juice shouldn’t cause any issues.

If you are eating the beets preserved in that liquid, why would it be harmful to use the liquid itself?

For example, a serving (1/2 cup) of beets canned with plain water contains only 25 milligrams of sodium. Beets canned with salt, on the other hand, contain 10 times more sodium.

So, if you ever decide to drink the juice from canned beets, keep in mind that it will increase your sodium intake significantly if salt has been added to the liquid for preserving the beets.

How Can You Use The Juice From Canned Beets?

While drinking the juice from canned beets is not harmful, the chances that it will become your favorite drink are low. Instead, you can find other uses for the juice once you use all the beets in the can.

You can use the juice from canned beets to make soups. The beet juice works exceptionally well for borscht, a Ukrainian beet soup that should have a rich red color.

Adding the juice from canned beets to the stock will provide its deep color and make the soup more flavorful.

The juice from canned beets made without sugar or salt is even more versatile. Whenever you are using canned beets to make healthy smoothies, add some of the beet juice to the mixture.

You can also use the juice from unsalted canned beets in baked goods to give them a beautiful red color. The naturally red juice from canned beets makes a great substitute for artificial colorings.

Up Next: Can You Microwave Food Twice?

Can You Eat Green Carrots?

Can You Fry Chicken Without Flour?