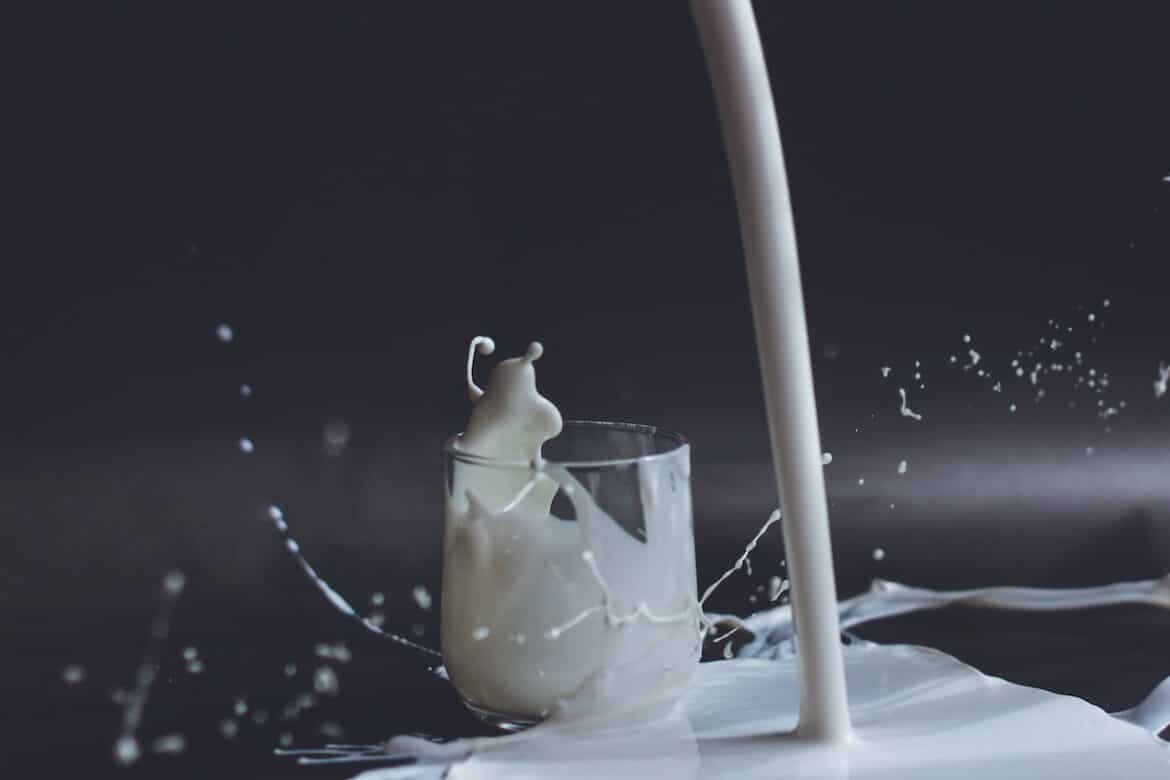 It’s hard to believe that milk is still evolving. New types of milk can regularly be found in the grocery aisle, but what do they all mean? And, why are they relevant?

A new type of milk we have recently seen in recipes is called “vitamin D” milk. But, what exactly is it?

Is whole milk the same as vitamin D milk? Regular milk doesn’t naturally contain any vitamin D. So, manufacturers fortify it with vitamin D to help aid the absorption of calcium by the body. So, in essence, vitamin D milk and whole milk are exactly the same, they are just labeled and marketed towards different groups.

Today, we will be looking at exactly what whole milk is and how it compares to vitamin D milk. Then, to help you get a better understanding of it, we will also be comparing them to reduced-fat and skim milk.

What Is Whole Milk?

Let’s start with the better-known of these two products: whole milk. Everyone has heard of whole milk and most people have even had it before or use it on a daily basis.

The term “whole milk” is used to describe the amount of fat that this specific milk contains (compared to other types of milk).

This makes it easier to differentiate between them instead of having to look at the percentages themselves.

Whole milk refers to cow’s milk that has all of the milk’s original fat content. None of the fat has been removed during the processing steps.

To give you an idea of how whole milk compares to other types (or why it’s different), reduced-fat milk has a fat percentage of 2%. Skim milk is (or should be by law) completely fat-free at least have less than 0.5% fat.

Skim milk is also marketed as “non-fat” milk. These kinds of milk also have a runnier or more water-like consistency.

As you may know, milk is a very nutritious ingredient. Depending on the type of milk you get (whole milk, reduced-fat, or skim milk) the nutrient content and percentages will vary, but more on that later.

Whole milk contains high amounts of protein, potassium, and calcium. And, it contains lots of vitamin A and vitamin D.

Other note-worthy nutrients that you will find in milk include phosphorus, riboflavin, vitamin B12, zinc, choline, magnesium, and selenium.

However, despite being naturally high in nutrients and minerals, whole milk (and other types of milk) is still more often than not fortified. This means that there are added nutrients to the milk to make it more appealing and “healthier”.

Is Vitamin D Milk The Same As Whole Milk?

Okay, so bottom line is that vitamin D milk and whole milk are the same product. The majority of whole milk (and other kinds of milk) have been fortified with additional vitamin D.

It is just a different way of marketing them to different niches.

For regular everyday people “whole milk” would be used. But, for health nuts, the term “vitamin D milk” sounds more nutritious and appealing. But again, it’s exactly the same thing.

That being said, there are a few exceptions where the milk hasn’t been fortified with vitamin D, in which case it cannot be labeled as vitamin D milk.

This term only and without exception applies to milk that has been fortified.

It is also important to mention that sometimes reduced-fat and skim milk are also fortified with vitamin D.

But, it would clearly state on the label which type of milk you are buying (in terms of fat percentage). And, “vitamin D milk” is usually only whole milk.

So, you may be wondering why milk is fortified with vitamin D. Well, that is because milk doesn’t naturally contain vitamin D!

But, it is added because vitamin D helps aid the absorption of calcium (which is naturally present in milk).

Without the addition of vitamin D to milk, your body won’t absorb calcium as easily and efficiently as it does with added vitamin D.

Other than better calcium absorption, vitamin D also has a ton of other health benefits.

It is also important to note that in most countries it isn’t required by law that milk should be fortified with vitamin D.

But, most manufacturers do so anyway in order to sell more milk. If you need to reduce your vitamin D intake, it should still be possible to get milk that hasn’t been fortified, but it will be challenging.

How Do They Compare Against Other Types Of Milk?

We always hate comparing ingredients to each other in terms of which is healthier or which has more benefits.

Milk especially has so many factors that change its “healthiness”. At the end of the day, we can only compare their nutritional values.

This will help you specifically determine which milk is the best for your specific needs. But, we aren’t going to say this milk is healthier compared to that milk.

Here are some of the bigger (or more note-worthy) comparisons we can make between whole milk, reduced-fat milk, and skim milk.

Now that we’ve gone over the difference between vitamin D milk and whole milk, let’s take a look at a few related questions on the subject!

How do you know whether or not your milk has been fortified with vitamin D?

You can have a look at the back of your milk at the ingredients list. If there is an ingredient that says “vitamin D3”, then your milk has been fortified.

Can you get enough vitamin D from milk?

One cup of milk will provide you with only 15% of the recommended daily value of vitamin D you should be getting.

Unfortunately, as with most ingredients, as soon as heat is applied it denatures and destroys the vitamins and proteins. While there will still be traces of nutrients, it will definitely be less than compared to fresh milk.

How is lactose affected by vitamin D milk?

Milk doesn’t contain less lactose when it has been fortified with vitamin D. However, studies have shown that people with lactose intolerance have lower levels of vitamin D.

This makes it crucially important to get your daily vitamin D intake from other non-dairy sources, like meat or other fortified products (cereals for example).

Up Next: 9 Best Proofing Boxes For Bread

How To Make Dark Chocolate Sweeter