Home Foodsguy Can You Freeze Chocolate Milk? – The Complete Guide
FoodsguyFreezingHow To

Can You Freeze Chocolate Milk? – The Complete Guide 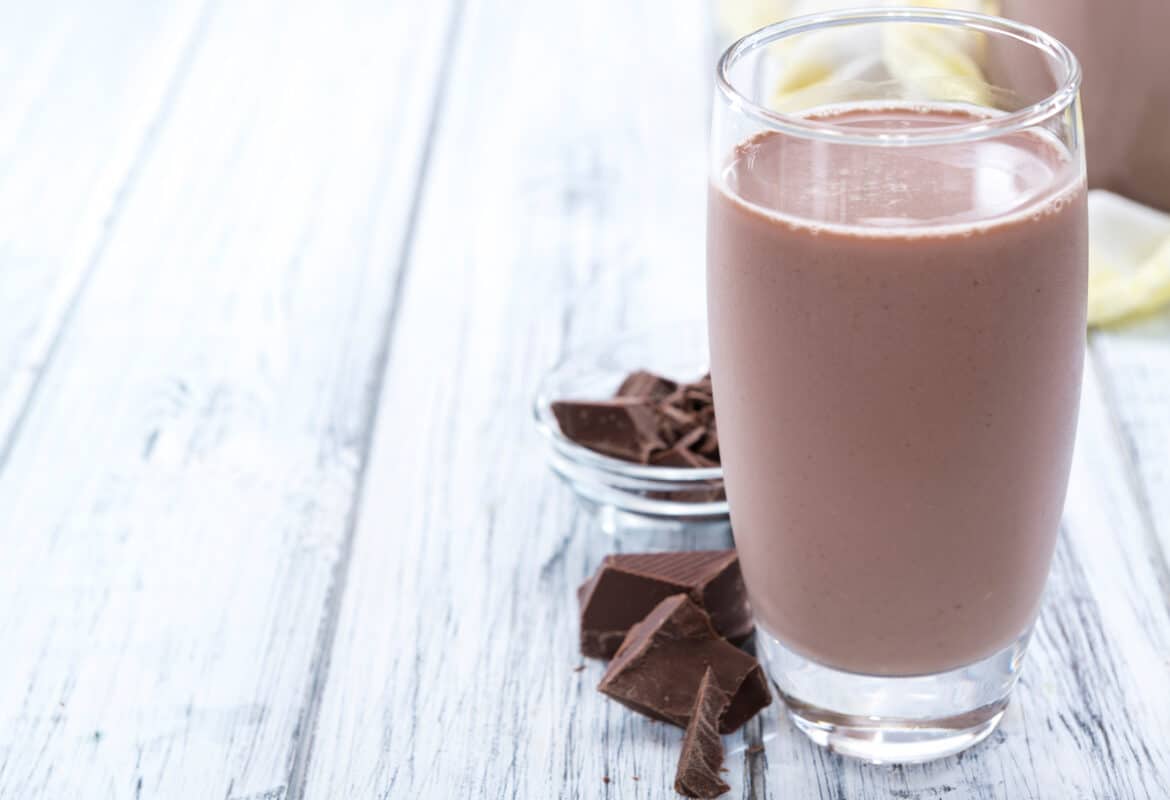 Milk may not be a favorite to most but few can say no to chocolate milk, especially kids. It is one of those products that we buy only for them even if nobody else at home wants to drink it.

The problem is that when it comes to kids, we do not want to consume too much sugar and chocolate, right? In a similar way, we, as adults should stay away from such products to some extent.

Chocolate milk, for instance, often comes in large containers or bottles which leaves us with several options – overdrink with chocolate milk, dispose of the excess, or find a way to extend its life.

Is there a way to keep the excess milk fresh instead of throwing it away? When it comes to long-term storage of food products, freezing is always the option that comes to mind.

But can you freeze chocolate milk? Freezing chocolate milk is perfectly fine and it does not change the quality or taste. You can expect some of the coloring to separate but this can be fixed upon thawing, which does not affect the milk in any major way.

Continue reading below for a complete guide on freezing chocolate milk and all other storage options.

Can You Freeze Chocolate Milk?

In general, the process of freezing chocolate milk is identical to that of regular milk. It is straightforward and simple but with few subtleties that we will discuss below.

As a start, avoid freezing milk that is no longer considered fresh. In other words, always freeze chocolate milk that has not gone past the best before date.

Not that you cannot do it but we do not recommend it as it will not keep as long and it will not be of the same quality once you thaw it.

Generally, if you store it properly, you should expect chocolate milk to retain its top quality for up to 4 months when frozen.

On the other hand, it is good to know that properly frozen milk will stay safe indefinitely when frozen. This means that it will be safe to drink even if you thaw it a year later but it will not be of the same quality as within the first three to four months.

How to Freeze Chocolate Milk

While you can freeze the milk as it is in the original container or carton, you would need to drink at least a cup before you begin the process. This is because the milk will expand as it freezes so you’ll need to give it some free space.

Here’s how to freeze chocolate milk:

How to Thaw Chocolate Milk

Once again, the process is straightforward and identical as with most other products.

Here’s how to thaw chocolate milk:

As we already mentioned, it is common for coloring to separate once it is thawed. Fortunately, you can fix this almost entirely with nothing more than a simple strong stir or shake.

Never re-freeze chocolate milk or any milk that has been frozen before. Once you have thawed it, you should keep it at the coldest spot in the refrigerator.

In general, it should keep for up to a week but we recommend to consume it in a couple of days.

How Can Milk Change After Freezing?

Although the quality of the frozen milk will not change, there are certain cases when it may not appear the same. We already discussed the cases when it separates and you already know how to fix that problem.

If you store your milk properly, it would not change in taste but it could happen based on what you store in your freezer. Avoid putting the frozen milk close to foods that carry strong odors.

For example, seafood or meat, in general, should be kept as far away as possible. This is because the plastic container (if you are using plastic) can absorb the odors which would eventually cause changes in taste. Nobody wants seafood chocolate milk, right?

Can you freeze milk in the carton?

We realize that spare containers are not always present or you simply prefer to save yourself the effort of moving the milk.

If your milk or chocolate milk comes in a carton, you can safely freeze it as long as you pour out one cup to open some headspace for expanding.

In some cases, the headspace is not enough which could lead to deformation of the package but that shouldn’t worry you.

How long does chocolate milk keep and how should you store it?

In general, it depends on the sell-by-date and the storage conditions you provide. In most cases, dairy products will remain fresh and drinkable for around a week after this date as long as you do not keep it out of the refrigerator.

With this said, never leave chocolate milk out of the refrigerator for more than two to three hours. Even if it has not begun to spoil after these hours, we highly recommend to dispose of it anyway or give it one last chance in the fridge.

Remember, do not put chocolate milk on the refrigerator door as this is the location with the highest temperature in the fridge. Your milk will keep for longer if you put it somewhere in the main body or in the coldest spot.

Can you freeze milk to use as ice cubes?

There was a period in the past when freezing atypical liquids was a trend and people tried to freeze everything. Freezing chocolate milk in ice trays was one of our personal favorites.

In fact, there are several benefits of freezing your chocolate milk into ice cubes rather than in a large container.

You could later use them as a sweetener for regular milk. Instead of drinking the extra sweet chocolate milk, you could add a bit of the taste and sweetness to regular milk and enjoy it.

In addition, you could freeze any type of milk this way and use it for cooking purposes. For example, there are recipes that require a certain amount of milk that makes it pointless to buy a whole container from the store.

It all comes down to the pasteurization techniques that have little in common. White milk is considered to be a fresh product that is produced in a way that it cannot have a long shelf-life.

On the other hand, chocolate milk, for example, is quite the opposite. It is usually produced as a product that will have an extended shelf life. In other words, the pasteurization here is done at significantly higher temperatures and for longer.

If there wasn’t chocolate, this second type of pasteurization could affect the taste of the milk but in this case, chocolate masks these changes.

There is one curious fact about milk – no matter the pasteurization, it begins to change in color within around 3 months. In the case of chocolate milk, this process is once again getting masked by the coloration which is another reason why most kinds of chocolate milk have further expiration dates than normal.

How to tell if chocolate milk has gone bad?

Although the chocolate coloring and aroma does interfere with the ability to sense when the milk is out of date, the principles are the same as with regular white milk.

Before anything else, the easiest way to spot the difference is if you feel that the smell has changed. If it seems sour, then you should dispose of it immediately.

With white milk, you should look for a change in color which is hard to achieve with the brown chocolate milk. Nevertheless, you can definitely spot the difference in texture if it occurs. If it appears to be clumpier than usual, it is most likely out of date.

Last but not least, you can simply taste it. Not with an entire sip but a small amount. If it has gone bad, it will taste sour and you will know immediately.

Up Next: The 7 Best Substitutes For Milk In Coffee

The 3 Best Substitutes For Jicama

Can Wine Freeze? – Everything You Need To Know

Thank you sir for the tips and knowledge