Home Foodsguy Iced Tea Vs Sweet Tea – What’s The Difference?
FoodsguyThis vs That 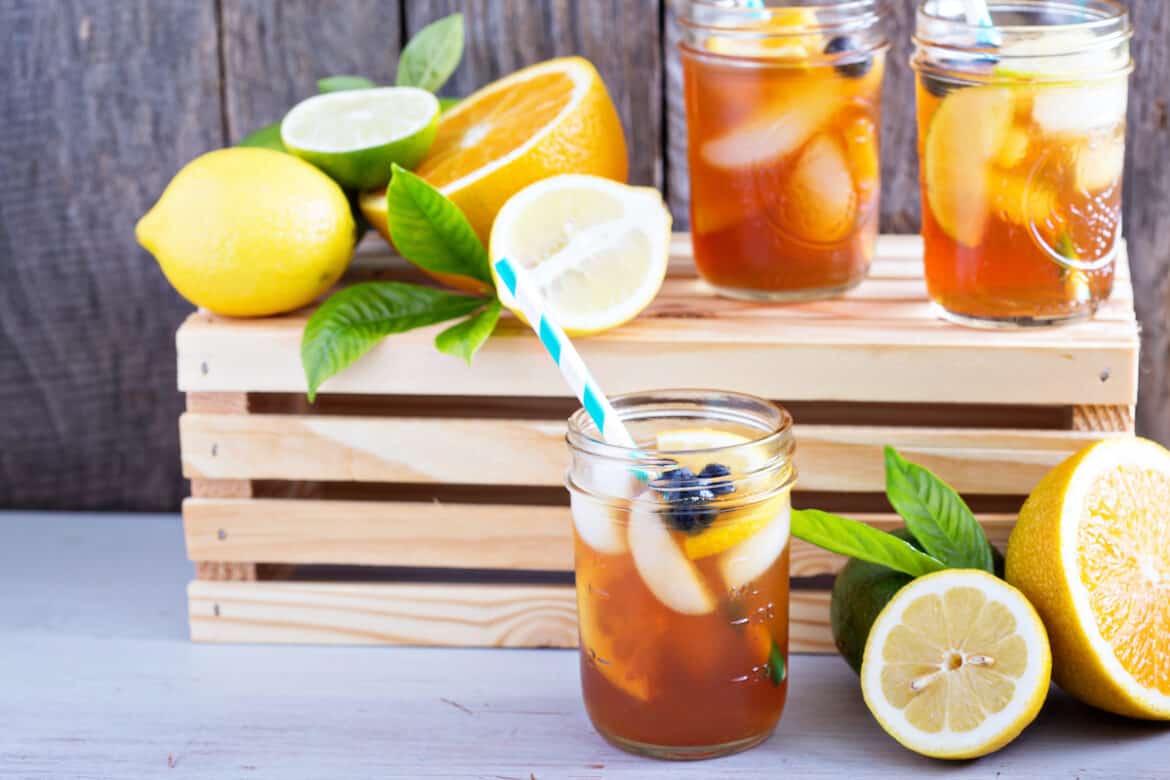 Iced tea and sweet tea may seem like they are the same but they are actually different in many ways.

This is a common topic of debate among tea aficionados. Some say that iced tea can also be sweet tea while others believe that sweet tea uses different ingredients than iced tea. What gives?!

Today, we will settle this debate once and for all.

There are some similarities but also enough differences to set these two refreshing beverages apart. Read on to learn more about each and how you can make them at home using just water, tea, and patience!

Iced tea is common all around the world. It is believed that its popularity skyrocketed with the advent of teabags but there have been records of people making iced tea using different tea blends long before that!

Its invention is credited to an American entrepreneur and coffee shop owner who wanted to increase sales in the summers.

While the demand was at an all-time high during the winter season, people tended to stave off hot beverages under the scorching sun which led to fluctuating sales and wastage during the hotter months.

The answer to this problem came in the form of iced tea.

It turns out that if tea bags are steeped in room-temperature water for long enough, the tea compounds from the teabag will be extracted while preserving the raw and aromatic flavor of the tea leaves.

As expected, iced tea became a huge hit and it didn’t take long for people to figure out how to replicate it in different ways.

This spawned a new era for beverages! Big names like Starbucks and even McDonald’s got in on the action with their version of iced tea.

Nowadays this beverage is extremely common and is sold under various brand names and is available in many different varieties too.

How Does Iced Tea Taste?

As mentioned, iced tea is made using a cold brewing process that slowly extracts the flavors of the tea leaves in a way that preserves its delicate flavor and aroma. Iced tea has a very refreshing, light, malty and earthy flavor.

If you were to extract the tea using hot water then you would get a slightly bitter after taste—which some people may like but the masses would surely reject.

In its purest form, iced tea is served as is but it can also be mixed with sugar, plant, or herbal essence to alter its aroma and flavor. Typically, iced tea is made using black tea so you get the same flavor notes but they are noticeably milder.

Visually, iced tea has a dark caramel-like color that can be diluted with water or other additives. Let’s look at how to make the classic version of iced tea.

For a 1-liter of iced tea, you will need:

Sweet tea hails from the southern side of North America and is a staple for southern folks since it can be found in nearly every household in that region.

What makes sweet tea so great is that it is easy to make, tastes great and it checks all the boxes when it comes to the taste palette of Americans—also, it practically seals the deal with the addition of sugar!

Sweet tea is different from iced tea because here the tea is extracted using a hot brewing method but the mixture can also be iced later—thus, the confusion.

Let’s make it simpler. Sweet tea is just black tea that is added to hot water, which extracts the tea but gives it a slightly bitter flavor and darker color.

To counter this, baking soda and sugar are added to the mixture to curb the bitterness and to give the tea a rounded flavor and better color.

Unlike iced tea, which requires the tea to be steeped overnight, sweet tea can be consumed as soon as it has been chilled which can take anywhere from 4-6 hours.

You get subtle earthy, musky, and malty flavors that can either be enhanced by using less water or by using more teabags.

Compared to iced tea, sweet tea does not tend to have a lingering after taste. It washes down well and is extremely refreshing.

Sweet tea can also be combined with other ingredients like plant essence, aromatics, and different types of sweeteners to give it a slightly different flavor.

Visually, sweet tea has a particularly dark or dark-reddish color thanks to the addition of baking soda.

Now let’s take a look at how sweet tea is made. For a full pitcher of sweet tea, you will need:

An Easy Comparison Between Sweet Tea and Iced Tea

We hope that this guide settles the debate between iced and sweet tea!

Both are awesome, but when it comes to which one is more famous, iced tea wins by a mile because sweet tea is most popular in the Southern regions of North America while iced tea is served worldwide.

Now that you know the differences between these two beverages, here are a few related questions on the subject!

How long can iced tea and sweet tea last in the refrigerator?

Sweet tea and iced tea can last 5 days in the fridge at 40°F. We recommend that you consume both beverages within 3 days to get the most out of their taste.

Always cover the container and keep it away from strong-smelling ingredients like garlic or ginger.

Can you make sweet and iced tea with green tea leaves?

Traditionally, both iced tea and sweet tea were made using green tea leaves but due to the supply shortages caused during World War II, most Americans switched to using black tea which after a while became the norm.

So, yes, you can make both teas using green tea leaves.

You can also either go with teabags (which is way more convenient) or high-quality open tea leaves. Just make sure that you filter the mixture thoroughly before serving both beverages.

Up Next: Does Feta Melt?

Can Non-Stick Pans Go In The Oven?

Can You Freeze Spinach Artichoke Dip?

Does Ranch Have Eggs?

Can You Eat Expired Bread?