Home Cooking Tips My Fudge Is Like Caramel – What Happened?
Cooking TipsFoodsguy 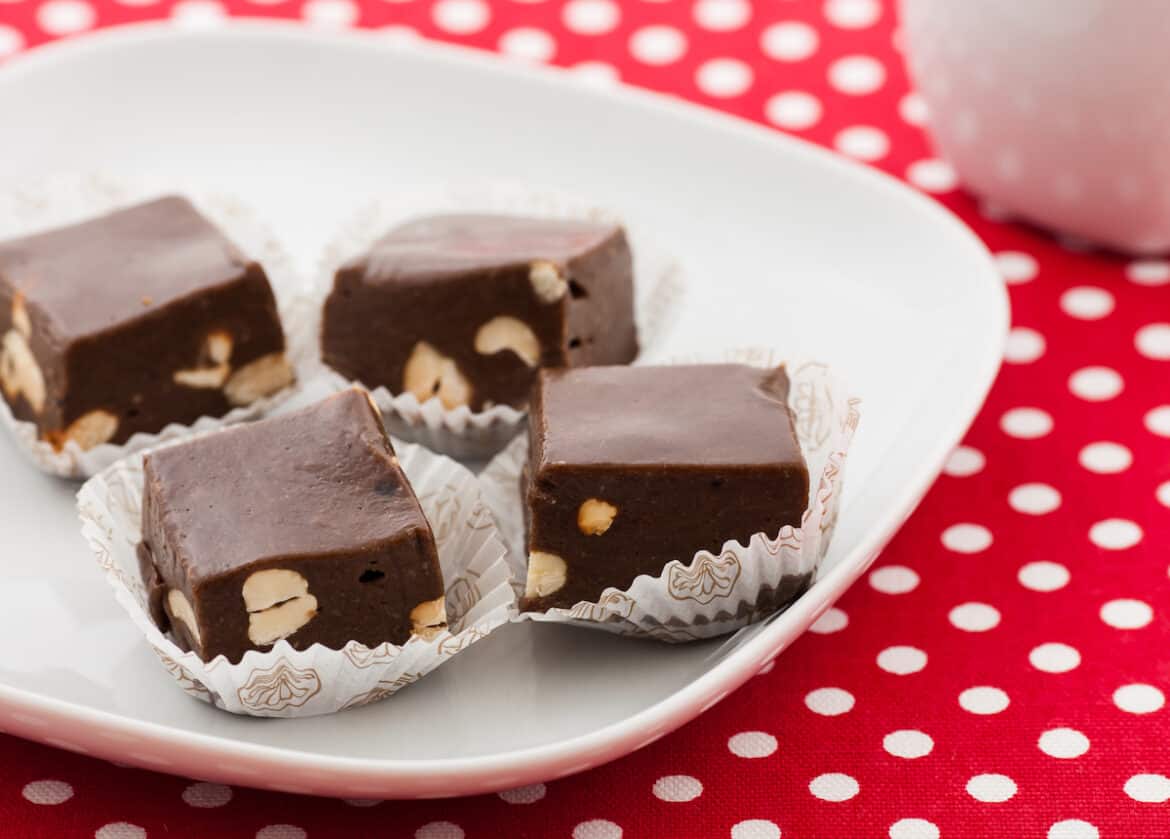 Fudge isn’t necessarily the hardest treat to make, but every once in a while you’ll seem to run into some difficulties.

A problem we often hear is that people’s fudge turns out looking more like caramel than the chocolate dessert we know and love.

But why is this? You have followed the recipe exactly and it still didn’t work!

So, why did my fudge turn out more like caramel? Fudge often turns into a chewy caramel-like texture because incorrect temperatures were reached. The ideal temperature for the fudge to cook at is 232-234°F (111-112°C). Anything more or less will change the texture completely.

Today, we will discuss the ins and outs of making fudge and exactly how to prevent yours from becoming gooey.

Making fudge can be very easy, but as with most other candy, its success is highly dependent on precise and accurate temperatures.

When making candy, the goal is to melt the sugar crystals and to control how they recrystallize.

This is done by controlling how much moisture is removed from the mixture while the sugar is cooking. The less moisture there is, the higher the sugar concentration is.

Once the mixture has been cooked to the correct temperature, it is removed from the heat and set aside to cool. During this time, crystals start to reform.

Once it has cooled to about 110-113°F (43-45°C), the fudge is then stirred or beaten continuously until it thickens and becomes lighter in color.

The fudge is poured into a tray, allowed to cool completely at room temperature, and then placed into a fridge to set.

Why is my Fudge Chewy and Gooey?

Whatever goes wrong when you are making fudge, it most likely has to do with the temperature. As we’ve just mentioned, the ideal temperature the fudge mixture needs to cook at is between 232-234°F (111-112°C) – EXACTLY!

Chewy fudge is a result of excessive moisture in the mixture, meaning the fudge didn’t reach the correct temperature and thus didn’t cook out enough moisture.

In most cases, the fudge will be chewy or gooey, but in some cases, your fudge will not set at all!

On the other hand, be careful not to overcook fudge as that will remove too much moisture, leaving you with a rock-hard and crumbly piece of candy.

Other than incorrect temperatures, chewy fudge can also be a cause of inefficient beating. Once cooled to 110-113°F (43-45°C), you have to beat the fudge until it becomes creamy and light.

This process can take up to 20 minutes, so don’t stop until it isn’t glossy.

How to Prevent Chewy Fudge?

Unfortunately, there is no way to fix already set fudge, and that is only when you realize your fudge is chewy.

There are however a few ways to prevent chewy fudge.

Here are some tips to test your temperature correctly using a thermometer;

Set the thermometer against the side of the pot – most candy thermometers have hooks.

Another clever way to test the temperature or stage of the mixture is using an old method. Keep a bowl of cold water next to you.

Once the mixture has almost reached the recommended cooking time, add a drop of the sugar syrup into the cold water.

If the sugar hardens to the soft-ball stage (a soft-ball of sugar that can be easily flattened between your fingers) it has reached the correct consistency.

Incorrect beating will also cause the fudge to be chewy. This can be because you started beating the mixture too soon (while it was too hot) which will create unappealing crystals and a chewy texture.

Make sure to allow your mixture to cool enough and beat it long enough!

Up Next: Why Are My Brownies Cakey?

Can You Freeze Frosted Cupcakes?