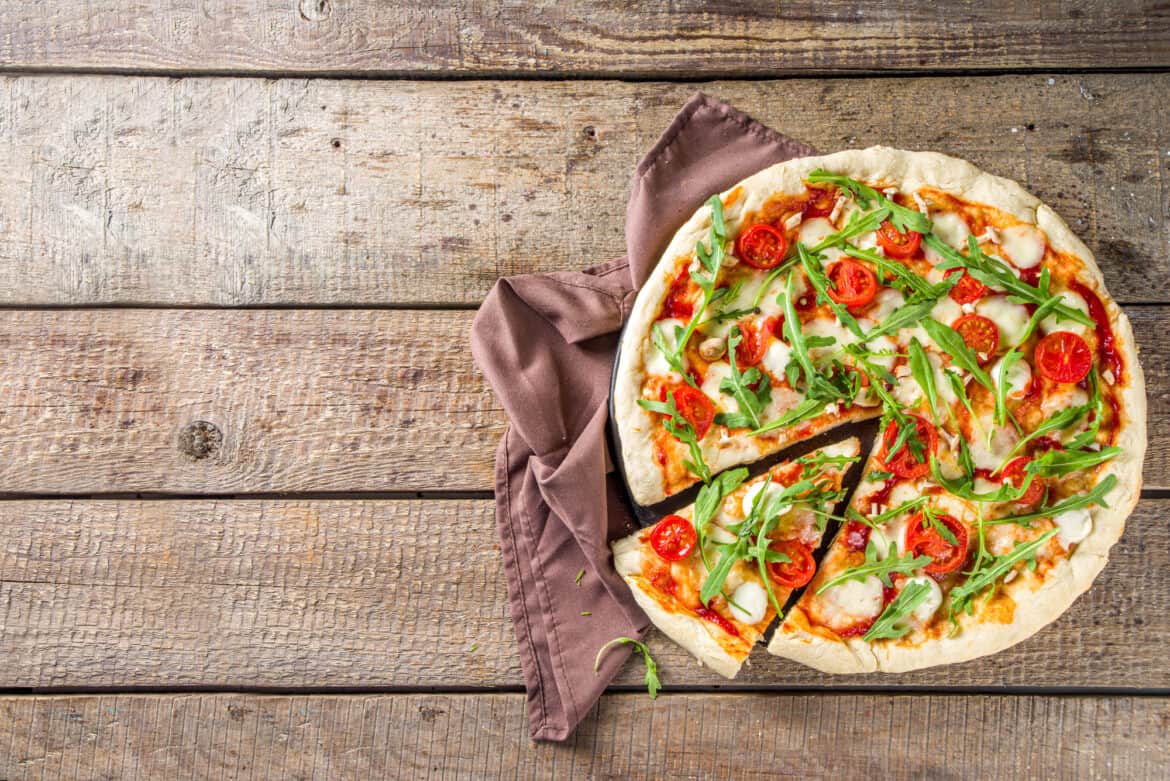 For many people, cheese is a beloved food — it’s creamy, flavorful, and versatile. However, cheese is also a dairy product, which means it isn’t suitable for those who are lactose intolerant or following a vegan diet.

Fortunately, there are now a number of plant-based cheese substitutes on the market!

Since vegan cheese is completely dairy-free, you may wonder whether it will work well in dishes like vegan lasagna or vegan cheese pizza, where melted cheese is hugely important for the texture.

In this article, let’s take a closer look at this topic to see how you can successfully use vegan cheese in your next recipe.

What Is Vegan Cheese?

Other protein-rich plants can also be used to make vegan cheese, including chickpeas, tapioca, or arrowroot, with varying tastes and textures.

To replicate the taste and texture of dairy cheese, vegan cheese is made by separating the plant proteins from their source and then mixing it with an oil and thickener.

The cheese is then fermented to break down the vegetable proteins, which helps create a flavor profile that resembles dairy cheese. As a result, vegan cheese is completely dairy-free and can be enjoyed by everyone!

In addition to being gentle on the digestive system, vegan cheese is also environmentally friendly. Because it doesn’t require cows or other animals for production, it has a lower carbon footprint than traditional dairy cheese.

So, Does Vegan Cheese Melt?

Although vegan cheese has come a long way in recent years and can now closely replicate the taste and texture of regular cheese thanks to advances in food science, unfortunately, vegan cheese doesn’t really melt.

While this can be a bit of an inconvenience, there are some easy ways to work around it! For example, you can shred or slice vegan cheese before adding it to a recipe, or you can use it as a topping for dishes that don’t require melting.

Cheese is made from milk and shares many of its key chemical components. Lactose, or the natural sugar found in milk, is present in cheese. Casein, a type of animal protein, is also an important component of cheese.

Casein plays an important role in helping the cheese to melt. When heated, casein breaks down and forms a sort of gel that allows the cheese to flow more easily.

This protein is also essential for the production of cheese, as it helps to give the cheese its characteristic texture and flavor.

Casein is actually only found in animal milk and cannot be replicated with any other plant-based protein.

As a result, it’s very difficult to get vegan cheese to melt the same way that dairy cheese does since it is made from plant-based proteins.

But as vegan cheese continues to evolve, it is likely that we will see even more close imitations of regular cheese — including products that can melt!

Can You Melt Vegan Cheese?

If you want to replicate the melted, bubbly effect of regular cheese but use vegan cheese, you can still do so.

When you use vegan cheese, the melted effect won’t be created by the cheese itself — you have to add some more ingredients to replicate the texture.

You can melt store-bought vegan cheese by adding a bit of fat to the mix (like vegan mayonnaise or olive oil), which will allow the cheese to separate and bubble when it’s heated.

By adding starch, the vegan cheese will become stretchy when heated!

Even with these methods, the melted texture won’t be the same as regular cheese.

Since the texture is created by added fat or starch, it may feel more crumbly or chewy compared to regular cheese.

If you are adding starch to the cheese, the starch may become quite gooey as well, so make sure to use it in moderation to perfectly recreate the melted cheese texture.

Let’s take a look at each of these methods below!

How To Melt Vegan Cheese

The first method to make vegan cheese melt is by adding additional fat to the mix to create the bubbling, melted effect of the cheese.

This method works best in baked dishes like lasagna and pizza. If you need to add cheese to pasta, the vegan cheese may separate from the fat and cause the texture to become crumbly.

You will need the following:

Here’s what to do:

How To Make Stretchy Vegan Cheese

Some recipes call for stretchy, melted mozzarella cheese, but how can you replicate the same texture in vegan cheese?

By adding starch, of course! Tapioca powder is known for its thickening properties.

By adding this additional ingredient to your vegan cheese recipe, the cheese will become stretchy, resembling the texture of melted mozzarella!

You will need the following:

Here’s what to do:

If the cheese dries out in the fridge or freezer, you can add a few drops of water to the cheese before cooking, which will rehydrate the cheese when it’s heated.

Now that we’ve learned all about whether vegan cheese can melt, and plus how to help it get there, here are some additional questions we thought you might have.

Many people believe that vegan cheese is healthier than dairy cheese, mainly because it contains no dairy.

This isn’t necessarily true. Depending on the type of vegan cheese you are eating, it may or may not be healthier than regular dairy cheese.

If vegan cheese is highly processed, which means it contains a lot of oil and preservatives, then it definitely can’t be healthier than regular cheese from a local cheese shop!

Fortunately, it is relatively easy to make your own vegan cheese with whole ingredients like cashew nuts — in this case, vegan cheese is definitely healthier than regular cheese.

Vegan cheese is made from plant-based proteins that come from nuts and seeds, so it contains no dairy.

That means every type of vegan cheese is dairy-free and can be enjoyed by people who are lactose intolerant or vegan!

Some vegan cheese can include flour, which contains gluten. If you need to be on a gluten-free diet, make sure to check the ingredients in vegan cheese to make sure that it doesn’t contain any flour.

Vegetarian And Vegan Charcuterie Board Ideas

Can You Freeze Vegan Cheese? – The Best Way