Do Arnold Palmers Have Caffeine? 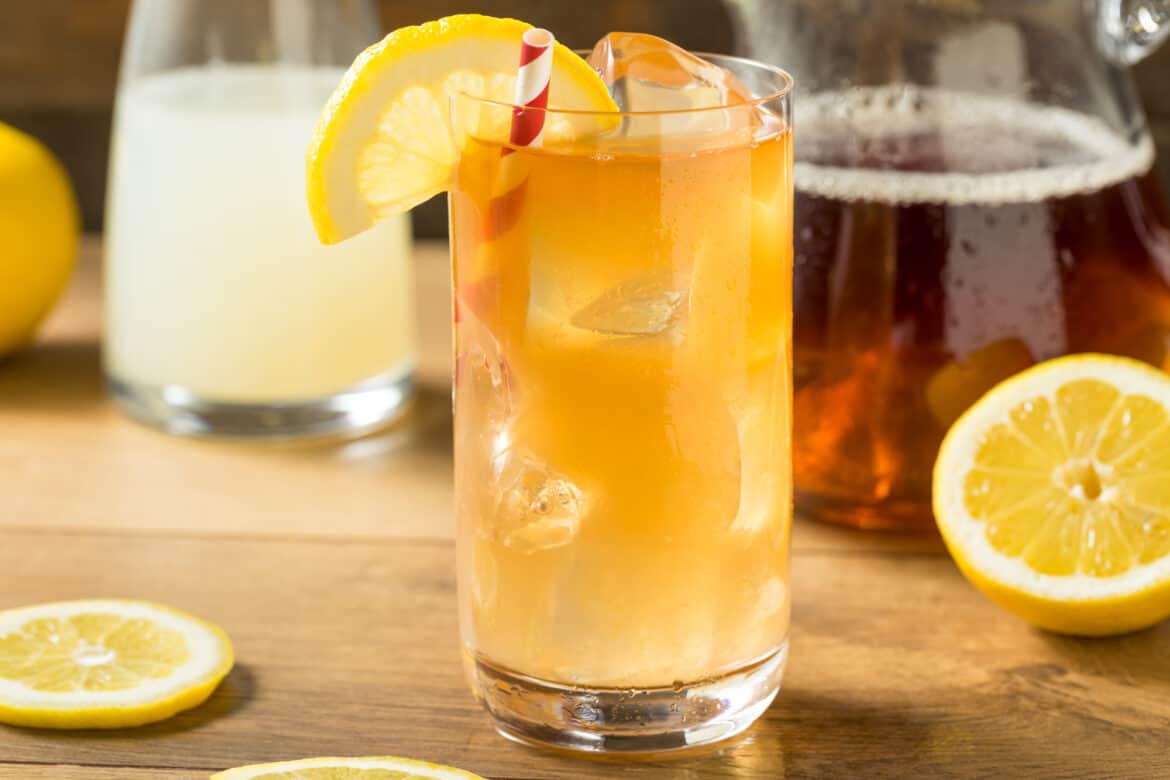 The Arnold Palmer is a refreshing summertime beverage made with iced tea and lemonade. Created by and named after the golf legend, Arnold Palmer, it is a popular drink at bars and restaurants and is also incredibly easy to make at home!

If you’re wondering how much caffeine this drink has and whether it falls within your recommended intake, here is a detailed explanation.

What Is An Arnold Palmer?

The Arnold Palmer is an iced tea and lemonade drink that is a popular part of American culture.

Created by professional golfer Arnold Palmer in the 1960s, who would request waiters to mix the two drinks together, it became immensely popular and is now served in bars and restaurants all over the US.

A perfect drink for golfers and non-golfers alike, the Arnold Palmer is a great way to beat the heat and is sure to hit the spot.

In addition to being extremely delicious, this drink also has several benefits. The iced tea is rich in antioxidants that can boost the immune system and protect cells from damage.

On the other hand, lemonade is a great source of vitamin C, which is necessary for the growth, development, and repair of all body tissues.

The Arnold Palmer combines these two healthy drinks and provides a refreshing and nutritious way to stay active and hydrated.

The drink is served in restaurants and can also be made at home using a simple recipe.

There are also mass-produced versions of the drink sold under the Arnold Palmer trademark, which includes various flavors such as:

How Much Caffeine Does An Arnold Palmer Have?

The amount of caffeine in an Arnold Palmer varies depending on the recipe you are following, but on average it contains around 30-50 milligrams of caffeine per serving.

The amount of caffeine present in an Arnold Palmer is relatively low as compared to other caffeinated drinks.

You still need to be mindful of how much you are consuming as too much caffeine can have side effects such as increased heart rate and blood pressure, insomnia, and anxiety.

How Much Caffeine Does A Pre-Bottled Arnold Palmer Have?

The popularity of famed golfer Arnold Palmer in the 1960s made people not only want to golf like him, but also model their life after him. This included imitating his lifestyle and habits, such as drinking the beverage that he usually ordered.

Due to its demand, Arnold Palmer Enterprises decided to bottle the drink and mass produce it with beverage industry professionals.

A deal with the Arizona Beverage Company was made and the canned beverage saw unprecedented growth over the years!

Arnold Palmer Half And Half, which contains half iced tea and half lemonade, is sold in supermarkets all over the country. Like its restaurant and homemade counterparts, it does contain caffeine.

The caffeine content in one Arnold Palmer Half And Half is 43 milligrams per 23 fl. oz can.

Compared to other drinks, the caffeine content is moderate, but make sure to drink in moderation. It also contains 39 milligrams of sugar, too much of which can be harmful to your health.

How To Make An Arnold Palmer

The Arnold Palmer is a simple and refreshing drink that you can find bottled in the supermarket and served at bars and restaurants. It uses a handful of basic ingredients and can also be made at home in a matter of minutes.

Called a “half and half,” it can be made with an equal mix of iced tea and lemonade, though you can adjust the ratio according to your taste and preference.

We think that a 2:1 mix will give you a bold tea flavor with the subtle sweetness and tartness of lemonade.

You can enhance the flavor of your tailor-made Arnold Palmer as well — use fresh ingredients, add extra flavor, or even spike it with some alcohol!

Here are the ingredients you need to make a basic Arnold Palmer:

You can use store-bought lemonade or make your own at home — we suggest the latter since it is a healthier alternative. All you need are three basic ingredients: water, sugar, and a few lemons!

Iced black tea is the most common choice for making an Arnold Palmer, though you may opt for other options such as iced oolong tea for its unique flavor and natural sweetness.

To make your iced tea more flavorful, we recommend using the hot brew method. Follow the brewing times and temperature based on the type of tea you are using and let the tea chill for a while.

For extra flavor, you may add a simple syrup made with sweet fruit, herbs, and flowers. You can use this flavored syrup to sweeten the lemonade instead of using plain syrup.

If you are using pre-made lemonade, you can sweeten your Arnold Palmer directly with the flavored syrup. Make sure to start with a small amount as you can always adjust it to your taste.

Can You Make An Arnold Palmer Without Caffeine?

Since an Arnold Palmer is usually made with black tea (which has caffeine in it), you may want to choose something else if you wish to make the drink caffeine-free.

Instead of making black tea, you may want to go with a decaf tea — these are carefully manufactured to maintain all the benefits of traditional tea, just without the caffeine.

Keep in mind, though, that decaffeinated tea still has a little amount of caffeine in it and can affect those with caffeine hypersensitivity or allergy.

However, if you are someone who simply wants to reduce their caffeine intake to a minimal amount, decaf teas are a great option!

Here are some quick examples of different teas and their caffeine content:

You can also buy the following decaffeinated teas on Amazon:

Variations Of The Arnold Palmer

There are several variations of the popular Arnold Palmer drink. Some of them are well-known, while others are just creative takes!

Here are some popular variations of the Arnold Palmer:

Now that you know all about the popular Arnold Palmer drink and whether it contains caffeine, here are a few additional questions we thought you might have.

Yes, an Arnold Palmer is gluten-free as it contains gluten-free ingredients such as iced tea and lemonade. It is a great choice for people with gluten sensitivities.

However, to be sure, it is always recommended to check the product labels before purchasing an item as well as letting your server know about your allergies before ordering food or drinks at a restaurant.

Does an Arnold Palmer have sugar?

The main sugar content comes from the lemonade used to make an Arnold Palmer. If you are using the store-bought, pre-packaged lemonade to make the drink at home, know that it is loaded with sugar and not a healthy option.

Is the “Sunjoy” at Chick-Fil-A technically an Arnold Palmer?

Any drink that combines iced tea and lemonade can be referred to as an Arnold Palmer. Chick-Fil-A decided to make their own variation called the “Sunjoy,” which is now an official menu item.

Do Vanilla Beans Have Caffeine?

Does Taro Milk Tea Have Caffeine?

How To Make Elderberry Lemonade