Home Foodsguy Capellini Vs Spaghetti – What’s The Difference?
FoodsguyThis vs That

Capellini Vs Spaghetti – What’s The Difference? 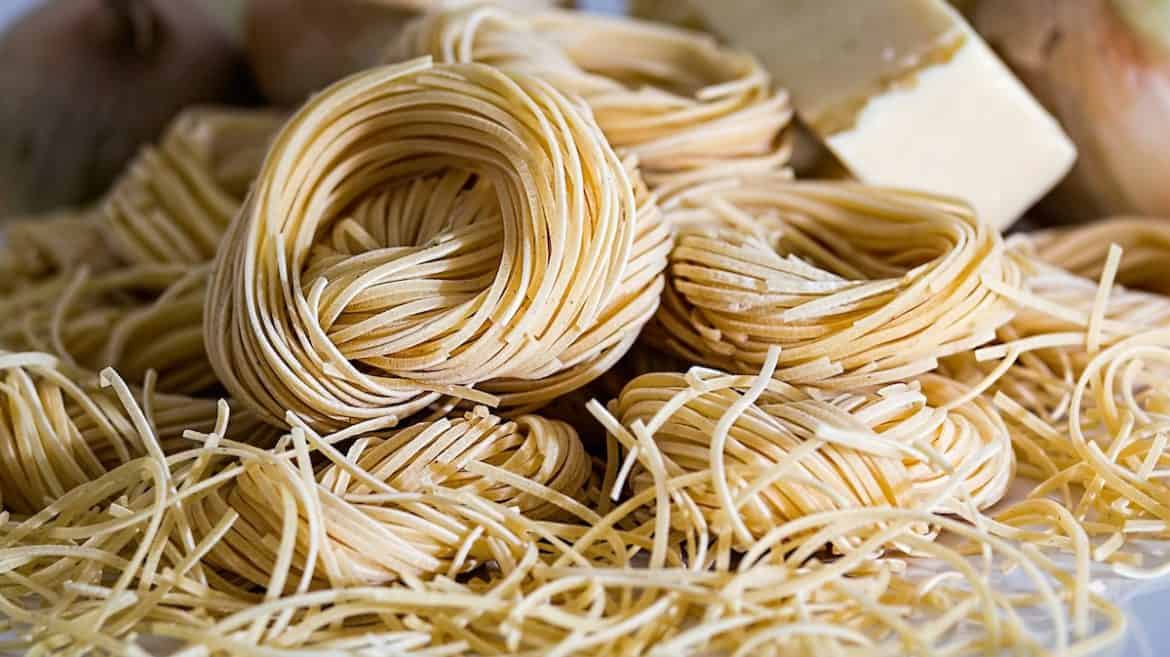 Two of the most similar-looking pasta are capellini and spaghetti, they look almost identical and taste very alike.

So what is the difference between capellini and spaghetti? On closer inspection, you would notice that capellini is actually quite a bit thinner than spaghetti. Most of us would be able to pick spaghetti out of a whole bag of pasta, simply because it is arguably the most popular pasta eaten around the world.

Many long, ribbon-cut kinds of pasta is put into the spaghetti category, but they all deserve to be appreciated on their own.

Spaghetti is by far one of the most popular pasta enjoyed around the world, thanks to its affordability and easy cooking. Spaghetti means ‘little twine’, which is exactly what spaghetti resembles.

Due to its shape, spaghetti is traditionally served with simple sauces such as olive oil, marinara, fresh pesto or wine, and butter-based sauces. Spaghetti has a medium density, which makes it great to cook al dente, as it will be tender but still have a bite to it.

Due to the thin cut of spaghetti, you are able to get a good sauce to pasta ratio, which everyone wants from a good bowl of pasta.

How to Cook Spaghetti

It is hard to argue that anything is more comforting than a warm bowl of spaghetti bolognese, and the simple spaghetti should be appreciated for all the delicious, warming meals it gives us, all while being super quick and simple to cook!

Capellini is also known as angel hair spaghetti and is one of the finest pasta you can get. Capellini pasta is ultra-thin, with tiny strands that measure around 0.85 to 0.92mm. While capellini has a quick cooking time, it can be tricky to perfect as it can be overcooked so easily.

If done right, capellini pasta has a delicate, soft taste and texture, but if overcooked, it can be a big gooey mess. Capellini pasta is great for simple and light sauces such as pesto, or in a primavera dish.

How to Cook Capellini

One of the most important things to achieve when cooking capellini is to stop the pasta from sticking together. If capellini pasta ends up overcooked and all stuck together, it is rather inedible.

Here is the best way to cook capellini pasta:

You can also steam spaghetti instead of boiling it. Read the step-by-step guide to steaming spaghetti here.

Capellini pasta, or angel hair pasta, is commonly paired with seafood ingredients. When using capellini, it is best to keep things simple, with a few refined, fresh ingredients.

Other Pastas Similar To Spaghetti And Capellini

There happen to be a few different kinds of pasta that fall into the ribbon-cut category, where spaghetti and capellini can be found. Telling the difference between these pastas can help you match them to the right sauce at home, or just give you the confidence to name all the pasta at the Italian bistro when you are there next.

Here are all the types of pasta that fall into the ribbon-cut category, as well as their unique properties:

Common Mistakes To Avoid When Cooking Spaghetti and Capellini

Cooking pasta can be wonderfully simple if you know how to do it right, but there are quite a few common mistakes that people make that can ruin the pasta completely.

Here are the most common mistakes made when cooking pasta, and what you can do to avoid them.

Using a small pot – Many people make the mistake of using a pot which is too small. If you add pasta into a small pot, it reduces the temperature of the water. The longer it takes for the water to return to a boil, the more clumpy and mushy the pasta becomes. Using a smaller pot also results in a higher water-to-starch ratio, which will result in sticky pasta. We recommend using the same pot that you would use to deep fry food (including potatoes). You can check that list out here.

Not stirring – You have to stir the pasta as it cooks. If you do not, the pasta will be clumpy and all glued together.

Can I substitute fettuccine for spaghetti?

Spaghetti and fettuccine are slightly similar, but a better substitute for fettuccine would be linguine or tagliatelle, depending on the type of sauce you will be adding to the pasta.

Can I substitute linguine for spaghetti?

While the two are in the same pasta category, they are used in different dishes. Linguine is a flat noodle, while spaghetti is rounded. Spaghetti is traditionally served with meat and tomato sauces, while linguine is served with pesto or seafood.

Is there a pasta scale?

Surprisingly, there is a number scale that measures the thickness of the pasta.

Spaghetti ranks as a 5 on the list, and normal spaghetti will always be a 5. Capellini ranges between a 1 and a 2 on the scale, showing how much thinner it is than spaghetti.

How many types of pasta are there?

There are around 350 types of pasta found around the world, and there are nearly 4 times as many names for them than that.

As an example, farfalle can also be called bowtie or butterfly pasta. Different shapes and types of pasta are all used for different purposes.

While it might seem trivial, there is a big difference between capellini and spaghetti, and choosing which to use in your next pasta dish could make or break the meal.

Understanding pasta and the different uses will give you the right tools to be a master in the kitchen when it comes to serving up Italian cuisine.

Up Next: Fettuccine Vs Linguine – What’s The Difference?

How To Reheat Boiled Potatoes – The Best Way

Can You Freeze Clams? – Is It Safe?