Can You Freeze Moussaka? – The Best Way 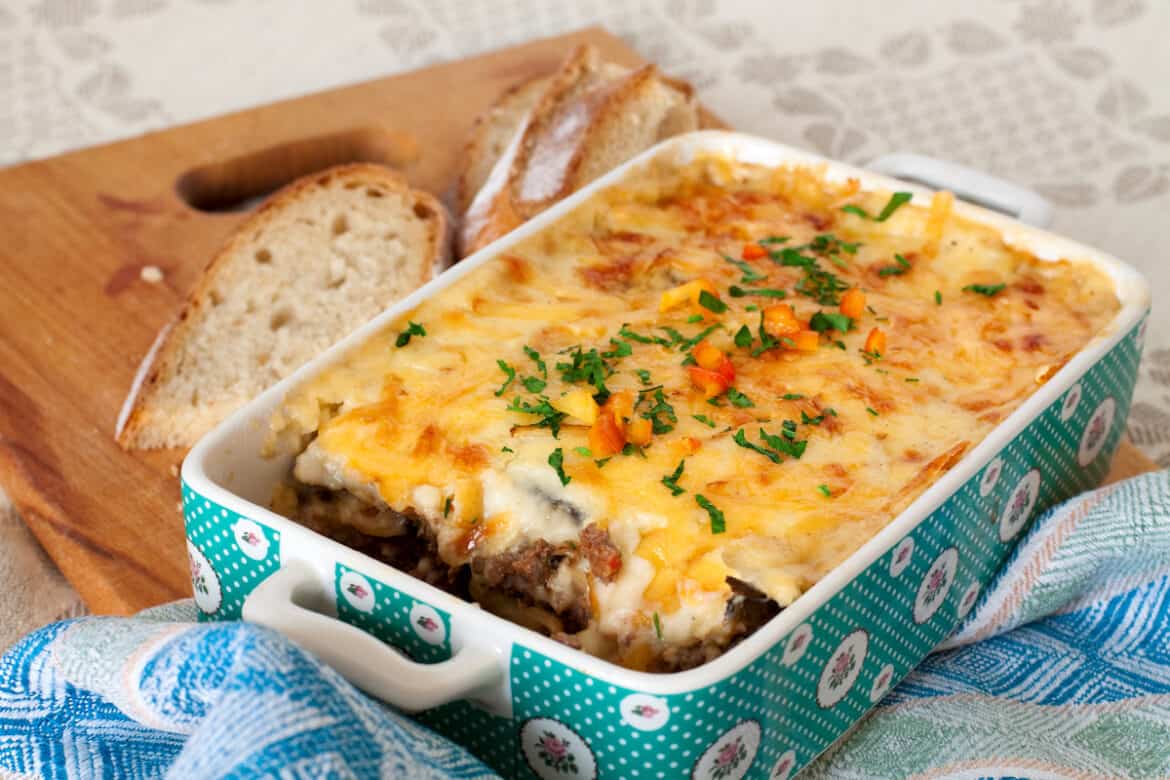 Eastern Europe and the Balkans have a lot to offer when it comes to traditional cuisine. One clear example is Moussaka which is one of the few dishes that have spread across the world and have become a favorite to many chefs.

If you have ever eaten Moussaka, you would probably connect it to Greece because it is primarily considered a Greek dish. The truth is, however, that the origin of Moussaka is not particularly clear and it is made with different ingredients in each country.

Keep reading to learn the best way to freeze moussaka as well as tips for reheating and using the leftovers.

Your Guide to Freezing Moussaka

Although the Greeks are behind the popularization of the Moussaka in the past century, the name of the dish comes from Arabian. In all likelihood, the Middle East is also its place of origin despite it being overly popular in the Balkans.

Traditional Greek Moussaka is made in a similar way to lasagna – on layers, with the main ingredient being eggplant. We are certain that this is the Moussaka you had in mind.

In Turkey, for example, it is prepared in an entirely different way without any layering. In Bulgaria and the majority of other Balkan countries, Moussaka is always prepared with potatoes instead of eggplant and each country is particular about its own traditional dish.

How to Freeze Baked Moussaka

In most cases, people would freeze unbaked Moussaka since it is a comfortable way to have an entire pre-assembled meal for baking.

Other people prefer to freeze it baked which we will explain in a second. There are also cases when you have leftovers that you want to keep for, let’s say, a week later.

Anyway, once you have your baked Moussaka, you need to cool it down to room temperature before getting to the second step. Once you feel like it is ready to move, put it in your fridge until it is cold.

You then have two options:

Option 1: Seal the casserole with foil and plastic film wrap.

Option 2: Divide the moussaka into smaller containers before you seal them and put them in the freezer.

In case you decide to divide it, you will have several portions and you will not have to reheat the entire moussaka when you are hungry.

How to Freeze Unbaked Moussaka

In most cases, people would assemble the moussaka and freeze it for a later occasion. This is a great way to prepare yourself for a large family gathering. It sounds better than an exhausting and stressful day of cooking on the actual day of the event.

So, you have your assembled dish in a suitable casserole for cooking. Now, how do you freeze it?

In order to protect the dish from the freezer burn, use a piece of parchment paper and put it directly on the top of your béchamel sauce. Then, seal the casserole with plastic film wrap or foil.

It is good to know that you can keep this unbaked moussaka frozen for up to 3 months which, in most cases, will not be necessary. As for when you need to bake it, leave it overnight in your fridge to thaw.

If you are in a hurry, you can also bake it frozen but it will take additional time to cook perfectly.

While freezing your moussaka in portions is not mandatory, it is the most efficient solution and honestly, an absolutely logical choice.

Why would you freeze the entire dish when you can divide it into convenient portions and thaw just as much as you need for the actual meal?

You have several options when it comes to freezing in portions and it all depends on how well you want to keep the shape of your moussaka and also the actual type of moussaka you made.

By this, we mean whether your moussaka is layered like a traditional Greek moussaka or whether it is prepared more like a Turkish moussaka which has no layers and everything is mixed.

If it has no layers, you can either use a rigid container or any soft freezer bag out there although we feel like there is nothing practical about freezer bags when it comes to moussaka.

We suggest using any type of small airtight rigid containers you can find. This way, your portions will retain their shape even after months in the freezer.

If you want to be even more efficient in your freezing, you should consider oven-ready containers. This, of course, if you aren’t keen on eating from a plate.

How to Reheat Moussaka

In general, you would always have to put your moussaka in the oven if you want to truly reheat it. However, there are certain subtleties that you would want to consider although not mandatory.

When it comes to frozen moussaka, we suggest that you leave the desired portion overnight in the fridge before you reheat it for your meal. If you need it for the same day, give it as much time as possible to thaw in the fridge. Never reheat moussaka that has not been thawed in advance.

From here on, the choices are optional.

As soon as it has successfully thawed in the fridge, you can either throw it in the oven and reheat it or wait up an additional hour for the moussaka to get to room temperature out of the fridge.

From our own experience with moussaka, we suggest getting it to room temperature first.

Whatever your choice is in the end, you will have to put it in the oven. Assuming you have already baked the moussaka if you want to reheat it, make sure to keep the oven at medium-high temperature since you do not want to bake it any further.

Also, do not forget to cover the moussaka with foil if you can. This, of course, if you have an entire batch or casserole of moussaka to reheat.

If you have a portion, you do not really need to use foil since it will reheat in a matter of minutes.

Anyway, you will need to leave any large amount of moussaka for approximately 30 minutes in the oven at medium-high heat to reheat it thoroughly.

How long will Moussaka keep in the fridge?

In all honesty, it primarily depends on the temperature inside your fridge. For the best-case scenario, you should keep moussaka for no more than 3 – 4 days.

Not that it is not possible to keep it longer but it will simply lose most of its properties and not taste the same.

Can you eat Moussaka cold?

Moussaka can be consumed in every possible state. It is curious but every other country serves it differently.

For example, Balkan countries and Greece serve their versions of the dish hot. On the other hand, the Arabic version of the dish is normally served cold which would be absolutely unethical in a Balkan country.

Can I make Béchamel sauce in advance and can I freeze it?

You can make your béchamel in advance but how long in advance depends on the way you plan to store it. For example, if you plan to use a refrigerator you can keep it inside for 3-5 days depending on the temperature.

The case is entirely different if you decide to freeze it.

People are often surprised when they learn that béchamel sauce can remain frozen for months.

Normally, you shouldn’t leave it for more than 3 months in the freezer but people have been testing it out and it appears that you can keep it for longer too.

Many home cooks fail to realize that sauces change once they have been frozen. For example, it is absolutely normal for your béchamel sauce to look separated once you open it. If it looks bad, do not throw it in the garbage!

Instead, reheat it in a saucepan at low heat and you will soon see that it will come back together in a matter of minutes. Best of all – it will have the same great taste as if you made it on the spot.

Why do Balkan countries replace eggplant with potatoes?

The reasons could be several and there is no written rule behind the preparation of Moussaka apart from the fact that Greek moussaka is the most popular and widespread variation.

It could be simply because Balkan countries have always had quarrels related to food. It is quite common that a traditional dish by one gets adopted by the other and changed in order to make it look like theirs.

Another plausible reason is the fact that potatoes are more common in the Northern Balkans than eggplants and thus, people have adopted this way or preparation since it is significantly cheaper and more accessible.

Up Next: The Best Leafproof Containers For Soup

The 5 Best Substitutes For Crushed Tomatoes