Can You Freeze American Cheese? 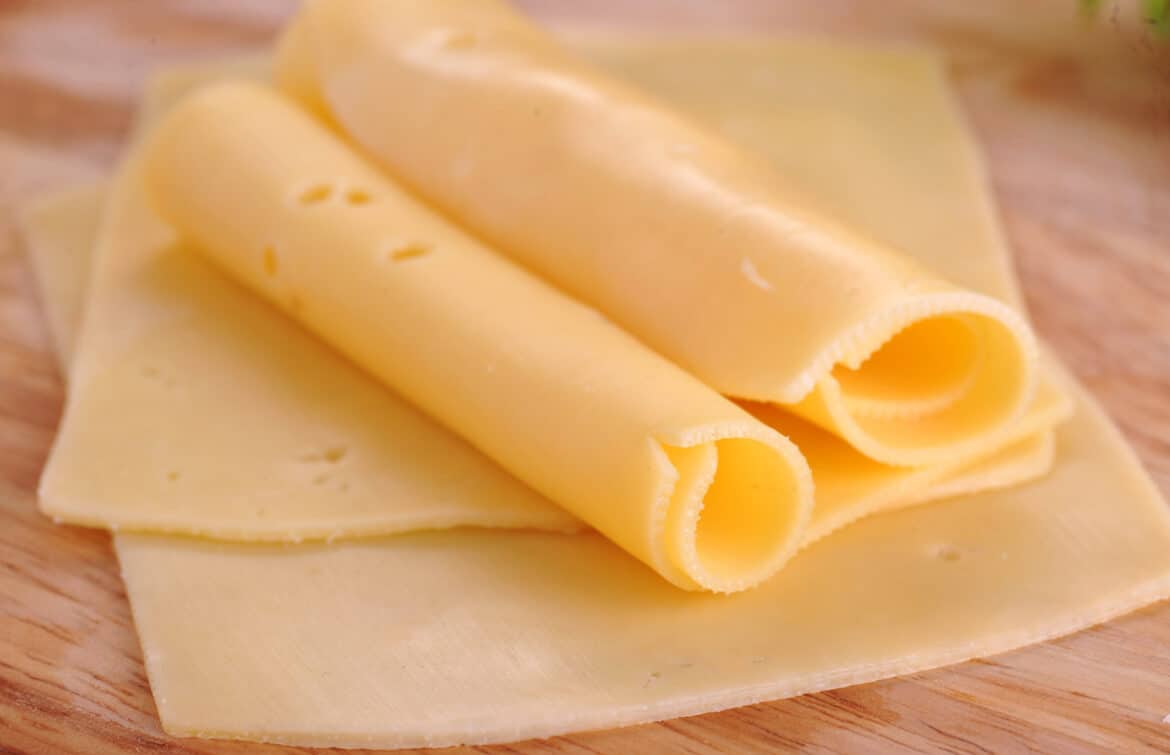 In this guide, we will talk about freezing American cheese, the processes that you should follow, and what to expect when you use your cheese after it has been frozen. Nothing is ever quite the same after you freeze it, right?

Keep reading to learn how to freeze American cheese and so much more.

American cheese is one of those cheeses that you don’t typically see in block or cube or even grated form. It is almost always sold in sandwich slices. You might be able to buy it in other ways from a local deli but, traditionally, it’s a sandwich slice.

American cheese is a type of processed cheese. This cheese can actually be made from different types of cheese. Most of the time, it’s made with cheddar or Colby cheese, maybe even a mixture of similar cheeses.

American cheese has a low melting point so it melts easily and it has a mild flavor with a creamy texture. American cheese can also be yellow or white in color, depending on how it is made.

That doesn’t mean American cheese can only be used on sandwiches. It can be used for any number of things but when you go to the store in search of American cheese, expect to look in the sandwich cheese section.

American cheese is pretty versatile, despite the fact that it is mostly sold in sandwich slices. Don’t let those sandwich slices limit you! There are so many things you can do! Of course, sandwiches are certainly a favorite but there are other options as well.

Here are some great ideas for using American cheese.

What Makes American Cheese So Different?

You notice that when you walk through the cheese section, you see a lot of different cheese types. Some popular ones are Cheddar, Colby, Pepper Jack, Swiss, and other varieties similar to these.

Of course, if you frequent cheese specialty shops or even a deli you’re likely to see many other options like gouda and other varying specialty blends of cheese. These are what most people would call real cheese.

The thing is, while American cheese is made from cheese, it is not considered a real cheese. It is processed much differently and is made using a variety of cheeses that are processed together and cut into squares.

The reason you can find so many varieties of American cheese is that it can be made in different ways. There are really no restrictions or requirements for it as far as the type of cheese processed into it.

Traditionally, American cheese was a blend of primarily cheddar and Colby because these were popular flavors that melted easily. However, that is not always the case anymore and you can find that some will have different flavors and different textures. Some will also melt easier than others.

Most American cheese varieties have a lot of chemicals and processed ingredients. If you purchase deli American cheese, you may get better quality. Pay attention to ingredient labels if this is a concern to you.

Almost any type of cheese can be frozen. You simply need to be aware that the cheese won’t be quite the same when you use it after freezing it. The same is true of American cheese.

However, since American cheese is so processed, you probably won’t notice a huge difference after you freeze it.

To properly store American cheese, it should be stored in the refrigerator. It should also be stored in an airtight manner. If your cheese slices are individually wrapped, this is sufficient for storage.

However, if they are not, you will want to place them in a sealing bag or container to preserve them.

The most common issue with American cheese is the potential for it to dry out. American cheese can also absorb flavors from items around it if it is not properly wrapped up.

If you purchase your American cheese directly at the deli counter and you wrap it appropriately, it should last for 2-3 weeks in the fridge.

Pre-sliced and packaged American cheese can sometimes last for up to 3 months in the fridge.

How to Freeze American Cheese

Since deli purchased American cheese is fresher in nature and not nearly as processed, it requires a bit more care to preserve in the refrigerator or freezer.

The same overall rules apply as far as making sure it is covered and airtight but it’s also more likely to go bad sooner since it’s not pumped full of preservatives.

These instructions provided are designed to work with either deli or store purchased American cheese.

Here are some instructions for you on how to freezer American cheese.

Your cheese could potentially last longer than this, but we recommend using it within 6 months for the best quality.

What you need to know is that when you remove your cheese from the freezer, it could be slightly brittle. It will crumble far more easily than when you first placed it into the freezer.

If you wrapped your slices individually as we recommended, you shouldn’t have any issues. You can let the cheese thaw in the fridge overnight or at room temperature for 1-2 hours and then use it as normal.

If you are cooking or baking with the cheese, you don’t even have to worry about thawing time.

We also want to point out that you are more likely to need to freezer deli-purchased American cheese than those sandwich singles from the local grocery store. This is because it is fresher and contains fewer preservatives.

If you have an unopened package of American cheese singles, you can actually just toss the whole package in the freezer until you’re ready to use it and then transfer it to the fridge.

We hope that you have found this guide to freezing American cheese to be a valuable and informative resource. It’s quite simple to do and typically will freeze well if you know the basic tips for freezing.

We invite you to review the following question and answer section for some additional information that could be useful.

Why is American Cheese Not Considered Real Cheese?

When it comes to singles or slices from the grocery store, you can establish that this is primarily not cheese by reading the ingredient label.

It’s a bit of cheese with a lot of other preservatives in it from processing. In fact, these are typically less than 50% actual cheese.

Velveeta undergoes similar processing in comparison to American cheese. However, it is classified as a cheese spread instead.

What you will notice is that both are considered “pasteurized cheese products” instead of cheese. It’s a bit softer and creamier than most sandwich slices.

Up Next: The Best Cheese For Fondue

Can You Freeze Key Lime Pie? – The Complete Guide