The Best Substitutes For Palm Shortening 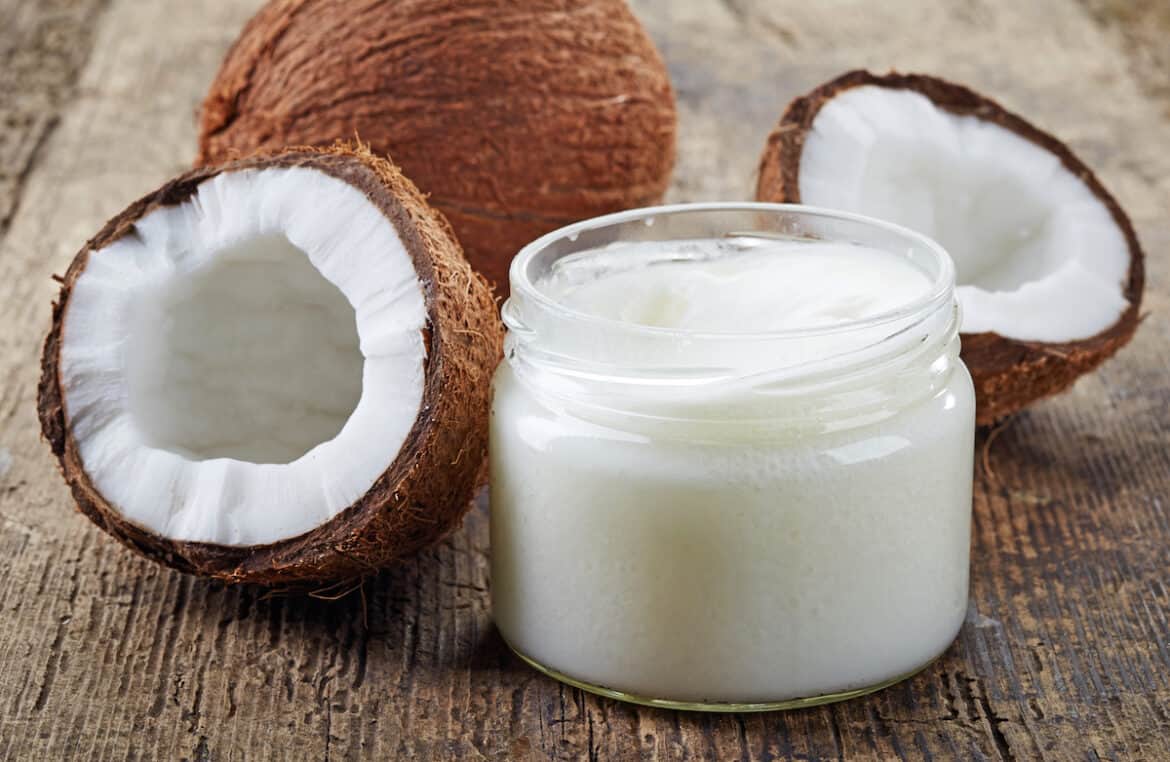 Shortening is an indispensable kitchen staple that serves a myriad of uses. Referring to a broad category of semi-solids, shortening is derived from various kinds of vegetable oils.

Not only can you use it for deep frying, but it also works well for baking. It serves a specific purpose: creating a desired texture for the final product. For instance, it is often used to make baked goods and pastries light and flaky.

Palm shortening is perhaps the most popular kind of shortening there is. However, this is by no means your only option.

After all, you have a wide array of alternatives to choose from. Presented in this guide are our picks for the best substitutes for palm shortening.

What Is Palm Shortening?

However, they all serve the same purpose: to provide your dish with the right texture and flavor. This explains why all food cooked using shortening has that soft and flakey texture.

However, once it is processed, these two types of fats are separated, leaving only the saturated fats. While the difference may seem insignificant to the untrained eye, home cooks and professional chefs will undoubtedly tell you otherwise.

This is because the higher concentration of saturated fats help make your food feel firmer to the touch. One of the main reasons people opt to use palm shortening amid the wide array of choices is due to its health benefits.

After all, palm shortening is one of the most heart-friendly cooking oils around, as it is significantly less harmful to your cardiovascular system.

However, it should be said that palm shortening is not a “healthy” ingredient, just healthier than others.

There are certainly a few reasons why you may be looking for a substitute to palm shortening. These include allergies, dietary concerns or restrictions, and availability depending on your location.

Or, maybe you’re just looking to broaden your horizons and explore some new ways to cook or bake your favorite recipes.

No matter your reason for using palm shortening substitutes, it is worth noting that flexibility and quick thinking are what make a great cook.

You need to be able to think on your feet and act accordingly. Knowing which ingredients mesh well with others or which ones can be used interchangeably will undoubtedly work in your favor every time.

We have made this list as comprehensive and inclusive as possible. This means that these substitutes directly address some of the misgivings you may have about palm shortening.

As stated earlier, you can make shortening from a wide array of sources. However, there is one common characteristic that unites them: all types of shortening are fatty compounds.

Listed below are our picks for the best substitutes for palm shortening.

Coconut oil is perhaps the most obvious choice when it comes to palm shortening. Similar to palm, it is sourced from a widely available plant.

Now, as you are probably aware, coconuts are considered to be among the healthiest and most nutritious products around. For this very reason, we highly recommend that you make it your top choice as well.

This should come as no surprise. After all, coconuts are considered to be one of the most versatile plant products around. Not only do they contain high levels of antioxidants, but they also contain a wide array of vitamins and minerals.

For those who are practicing a vegan or vegetarian diet, you would be glad to know that it does not come into contact with any products extracted from animals – making it ideal for those practicing this diet.

Now that we have covered the potential health benefits, it is time for us to examine its texture and taste. Particularly, some people find the oil’s natural flavor to be quite overwhelming.

However, there are also instances where the oil’s flavor complements the palate of the dish. Of course, it all ultimately depends on your preference, but it is worth noting.

In addition to this, you may also want to take note of the oil’s ideal storage conditions. Specifically, where you need to store it and what temperature you need to maintain to ensure that it remains semi-solid.

On that note, you’d do well to remember that coconut oil turns into a liquid at a temperature above 76°F.

Next, we have Butter. It is one of the most well-known and widely-consumed dairy products around. Though primarily sourced from cows, some special kinds of butter come from sheep, goats, and even buffalos.

As you are probably aware, butter is one of the most versatile products around. It is a staple in most kitchens, as it can come in handy in several ways. Unsurprisingly, it plays a major role in a wide array of recipes.

Of course, like with any other substitute, there are some trade-offs you need to be aware of, as it can lead to slight changes in the final dish.

In more ways than one, butter works just like shortening. However, one of the major differences between these two is the amount of fat it contains.

While shortening is 100% fat, butter only contains roughly 85% fat, with the remaining 15% composed of water.

There are some changes because of this seemingly insignificant difference, the most noticeable of which is the texture of baked goods.

For instance, you’ll probably notice a stark reduction in the pastry’s chewiness when cooked in butter compared to those made with palm shortening.

Generally speaking, pastries cooked in butter instead of palm shortening tend to be softer. Moreover, when used to make pie crusts, butter is unable to produce the same level of flakiness that palm shortening can.

If these minor differences in texture don’t bother you, then you should go ahead and use butter for your recipe. In most cases, they are hardly noticeable anyway.

That said, butter also comes with its own set of advantages. Namely, it helps enhance the flavor and quality of the dish overall. The use of butter is a not-so-well-guarded secret among professional cooks and pastry chefs.

It is also worth mentioning here that you can use butter with coconut oil if you wish. By doing so, you can avoid the texture problem entirely, as the coconut oil helps complement the butter’s lower fat content.

Now, the idea of mixing butter and coconut oil may seem a bit too out-of-the-box for some, but it is something we swear by. After all, they are both top choices for palm shortening substitutes.

Next, we have margarine. The appearance of margarine on this list should hardly come as a surprise. After all, it shares many of the characteristics of butter.

This is because it was made as a substitute for that exact dairy product. For this very reason, it also serves as an effective replacement for palm shortening.

For the most part, margarine looks and tastes like butter. However, the difference lies in the fact that it is not a dairy product. Needless to say, this makes margarine a slightly more viable choice for those with dietary restrictions.

Now, similar to shortening, margarine is also a product that is made from vegetable oil – unlike butter that is made from milk. However, as you would expect from a butter substitute, it also has a significant water content.

This means that you should also expect changes in texture, especially when baking, whenever you use margarine as a palm shortening substitute.

That said, we would be remiss if we did not discuss some of the possible negative aspects of margarine.

For the health-conscious out there, you would do well to know that there is an ongoing debate regarding the potential long-term health implications of regularly consuming margarine.

These mainly stem from the arguments being made that margarine is usually made from low-grade types of oil. At the same time, there is also the issue of regular use of food coloring to make margarine look more appetizing.

Again, this is a continuing debate, so best to take this information with a grain of salt.

Next, we have lard, which is commonly lumped in with shortening, though there are differences between lard and shortening.

Most home cooks are undoubtedly familiar with this cooking fat. It is sourced from animal fat, pork to be more precise.

Because of its high levels of fat, it should come as no surprise that this is one of the top choices of palm shortening substitutes.

Lard is one of the most accessible items on this list. You can buy it from any grocery store of your choosing. However, while this is undeniably the most convenient route, we would caution you against doing so.

Instead, we recommend that you make your own. Not only does homemade lard taste better, but it is also less harmful to your health.

Listed below are some of the defining characteristics of homemade lard:

The list above also succinctly explains why lard works well as a palm shortening substitute.

Just remember to use leaf fat instead of back fat when making your lard. Leaf fat refers to the fat found inside the pig’s abdomen. This is perfect when making baked goods and has a much more subtle flavor.

The most important difference, however, is that it doesn’t make use of palm. Instead, it usually relies on soybean and cottonseed oil to get the job done.

This alone should make it an appealing option for those looking to start eating healthy.

It should be said that, surprisingly, lard is actually healthier than both butter and vegetable shortening, as it has no trans fats (in its purest form), less saturated fats, and more monounsaturated fats (healthy fat).

Hopefully, this guide will prove useful in terms of helping you make an informed choice on the matter. Make sure to explore your options and give each of them a try, if you can. This way, you should be able to weigh your options carefully.

Up Next: The Best Coconut Sugars of 2021

Food Processor Sizes – How To Choose