The Best Substitutes For Marshmallows 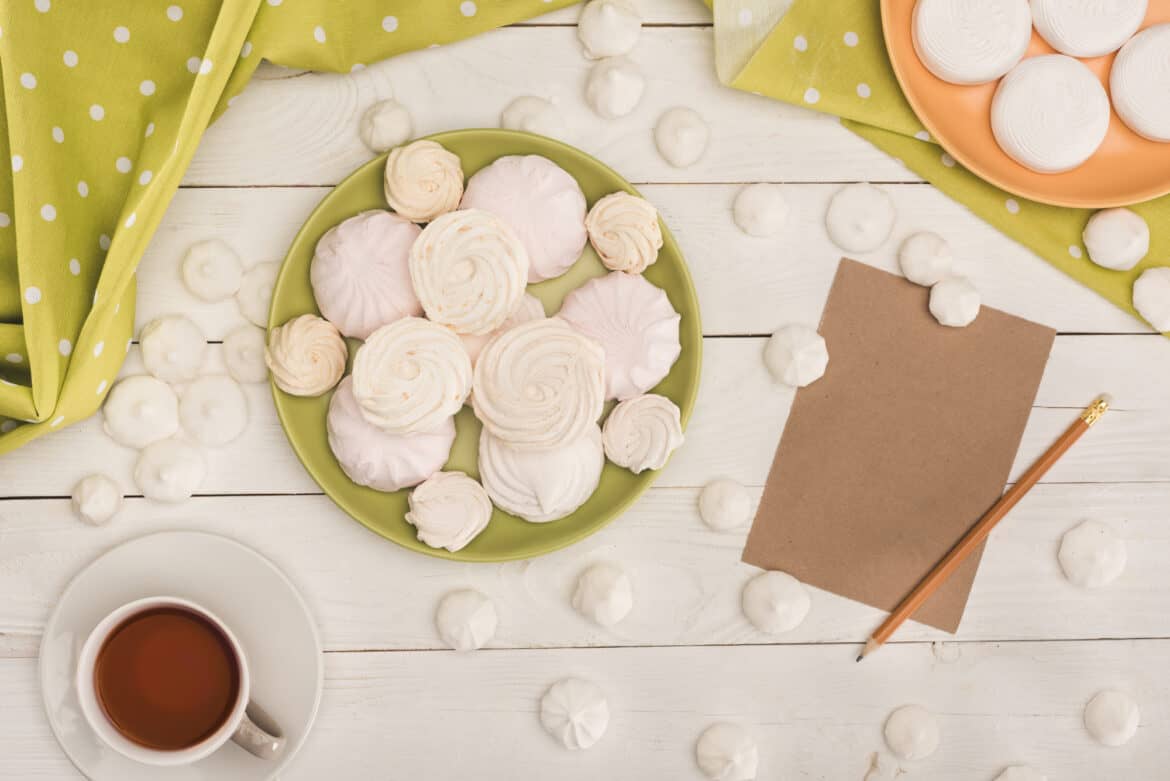 Fluffy, sweet, and comforting, marshmallows are the ultimate treat. Whether they’re regular marshmallows or marshmallow cream, sweets made with them are irresistible.

But what if you want a healthier alternative or have run out of fluff for Rice Krispie treats?

What is the best substitute for marshmallows? The best marshmallow substitute that is a Russian zephyr. It is similar to marshmallows in texture and taste and can be used in the same way. You can also choose from healthier or vegan alternatives by opting for homemade sugar-free or gelatin-free marshmallows.

Below, we’ll dive deeper into this topic and provide you with a few easy alternatives to marshmallows.

What Are Marshmallows Made of?

Marshmallows, the squishy pillow-like confection, are many people’s favorite sweet treat. They have a unique texture that makes them wonder what they are made of.

If we try to classify the ingredient list of marshmallows, there would be a group of sweetening agents and a group of ingredients responsible for the texture of these sugary treats.

The typical ingredients in marshmallows you buy at the store are:

The first two are the sweetening agents, responsible for the flavor of marshmallows, which is essentially just sweet.

Food coloring and various artificial flavors may also be added to marshmallows. But guess which ingredient is of primary importance? Gelatin.

It is the key ingredient, without which marshmallows wouldn’t have the same texture, nor be able to hold their shape.

You may be surprised to know that marshmallows existed centuries ago in ancient Egypt. However, the ingredient list was different back then, and much healthier.

The main ingredients consisted of honey and the nectar of a mallow plant, from which the sugary treats got their name.

What Are Some Substitutes for Marshmallows?

When it comes to substituting marshmallows, there aren’t many options to choose from. The truth is, marshmallows have a unique texture and feel that is hard to replicate with any other ingredient list.

But if that big bag of marshmallows you ate a handful of once and then abandoned in your pantry has now gone bad, we do have a few options for you.

Called zephyr, these fluffy Russian treats are quite similar to marshmallows in terms of their texture and sweet taste.

With similar ingredients, these sweet treats will provide the same taste and texture experience as marshmallows. They are made of mainly sugar and egg whites. Fruit purees are often added as well, for extra flavor.

While Russian marshmallows resemble meringues in appearance, they have a softness and fluffiness similar to marshmallows.

You can melt zephyr using a double boiler and use it as you would use melted marshmallows.

Healthy and Vegan Substitutes for Marshmallows

If you want a healthy marshmallow substitute, it may be best to make it yourself. Depending on which ingredient you want to avoid, you can choose a suitable recipe for homemade marshmallows.

Traditional marshmallows are basically all sugar. But can they be sugar-free and healthy like in the good-old-days of ancient Egyptian cuisine?

You might be surprised to know that there are numerous guilt-free marshmallows you can find online and in stores. If you are looking for the healthiest marshmallow substitutes, these are the ones to consider.

You can attempt making sugar-free marshmallows at home as well, using such sweeteners as xylitol, agave, or allulose.

Gelatin is not necessarily unhealthy. In fact, it comes with a range of health benefits, as it is rich in collagen and amino acids. However, if you are a vegan, you’ll know that gelatin is an animal byproduct.

If you’re not so keen on having gelatin in your dessert, try making marshmallows with agar agar. The latter is a great plant-derived substitute for gelatin and creates a beautiful jelly-like texture.

If you want to know more about the differences between gelatin and agar agar, we have an article all about it.

There are many no-gelatin marshmallows you can find on the market or order online.

What Can I Use Instead of Marshmallows in Rice Krispie Treats?

If you need a binding agent for Rice Krispie treats but don’t have any marshmallows at home, you can easily substitute it with a mixture of honey and peanut butter, like so:

Another option is to use a mixture of chocolate and peanut butter along with a small amount of honey to glue the puffed cereal together. Simply microwave some chocolate, peanut butter, and half a cup of honey. Stir to mix.

Once you mix it with the cereal, press it into a suitable pan, and cut it into bite-sized snacks, these sweet treats will disappear in no time and no one will even think about the missing marshmallows.

Now that we have answered your question about substituting marshmallows, we’ve gathered some commonly asked questions about related topics for your convenience below.

Are There Substitutes for Marshmallow Cream?

Marshmallow cream, also known as marshmallow fluff, is a sweet topping similar to marshmallows in flavor but different in texture.

While marshmallows too are very light in texture and fluffy, marshmallow cream is quite stretchy and has a texture similar to that of melted marshmallows. It is easy to spread and is used to make the ultimate sweet sandwiches.

Marshmallow fluff can also be used to spice up different baked goods, including cakes and pies. As far as the ingredients go, marshmallow creme, unlike regular marshmallows, is made with egg whites.

How Do You Make Your Own Marshmallow Cream?

If you have run out of marshmallow fluff and there is no time to go grab a jar from the supermarket, you can easily make some yourself.

In fact, this is a great way of substituting store-bought marshmallow fluff with a homemade one. Of course, it’s not a healthy alternative, but at least you’ll have control over the ingredients list.

Follow these instructions for a homemade marshmallow creme substitute.

What you will need:

Here’s how to make a homemade marshmallow creme substitute.

Remember that when working with raw eggs, you should always be mindful that they can carry harmful bacteria like salmonella and E. coli. It is important to use pasteurized eggs if you are planning to eat egg whites raw.

Here are two ways you can use marshmallows instead of marshmallow cream:

You can also eyeball it and skip the hassle of measuring a sticky mess.

What Are Some Healthy Alternatives to Marshmallows for S’mores?

What is the first thing that comes to your mind when you think of marshmallows? Most likely, you’ll think of s’mores, fire toasted marshmallows with melted chocolate pressed between graham crackers or cookies. What could be better?

While some people may argue that there are no alternatives to this classic sweet treat, others are on the hunt for healthier options.

If you are trying to give up high-calorie food but don’t want to miss out on enjoying some treats near the fire, these unique yet healthy s’more alternatives are for you.

Here are some ideas of what you can substitute marshmallows with for healthier s’mores:

By no means will these ingredients replicate the taste and texture of fluffy marshmallows. However, these tasty and healthy treats will have your guests asking for s’more in no time.

Up Next: Can You Freeze Marshmallow Fluff? – The Best Way

How To Make Noodles Less Spicy