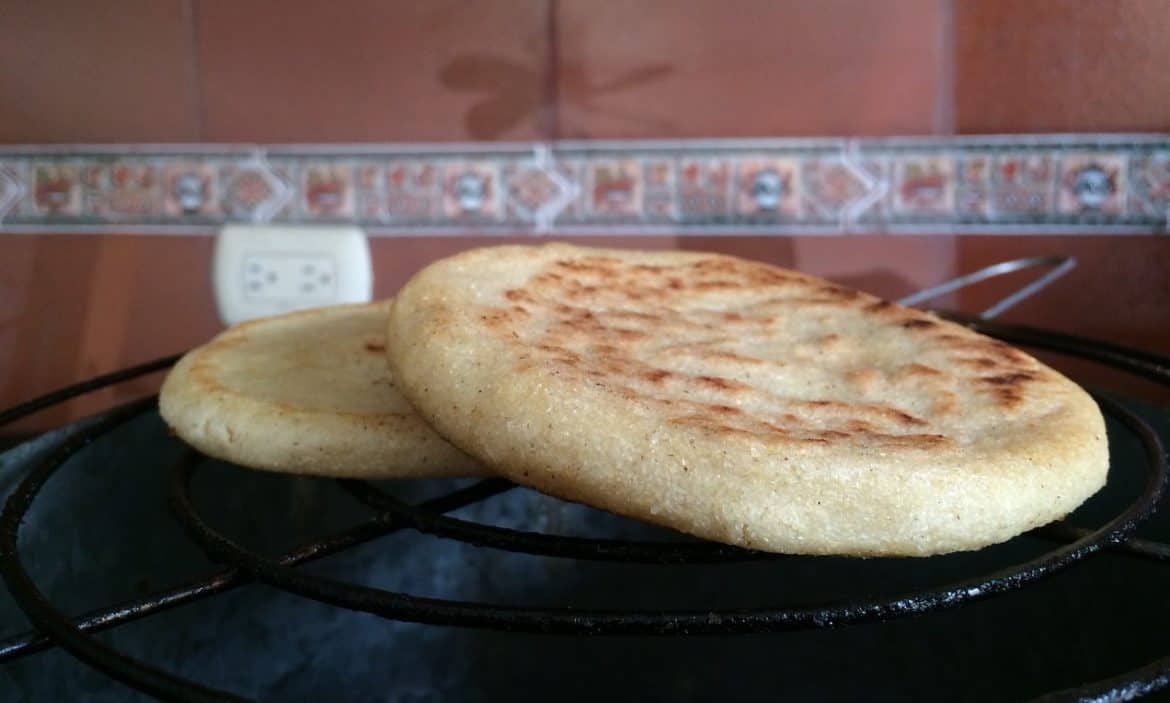 If you have ever considered making arepas from scratch at home, this article is a must-read, as you definitely need to pay attention to which flour you are using.

Even though arepas are an extremely versatile food – able to be served as appetizers, snacks, side dishes, or even a full meal for breakfast, lunch, or dinner with countless different flavors and ingredients – you shouldn’t be versatile in the choice of flour you use.

If you want to ensure you prepare the absolute best possible version of this Colombian and Venezuelan corn cake delicacy, the flour you use is essential, as the flour is the main ingredient that creates the flavor arepas is best known for around the world.

In this article, we are going to go over the history and origins of the best flour for arepas, why it is essential to use this flour in particular and not a different one, where you can find and purchase this particular flour, and then we will finish by answering some related questions.

So, what is the best flour for arepas?

Some generic brand names for this particular corn flour are Harina PAN, Areparina, Harina Juana, and Goya which are sold in big box grocery stores across Europe and the United States.

Read on to find out more about why using the right corn flour is essential to the successful preparation of your arepas.

Hundreds of years ago, various indigenous tribes in Venezuela and Colombia prepared the first arepa using ground corn flour, and it has ever since remained a staple in the diet of those living in those regions.

Also known as daily masa bread, Arepas are eaten by individuals of all socio-economic groups, at all times of the day. The corn flour used in arepa is by far the most important part of the food, as its name is derived from the word “erepa”, which is the indigenous word for corn.

Up until the 1950s, Arepas were eaten primarily as bread and side food. However, over time, as arepas became more popular, individuals got more creative with fillings.

While filled Arepas used to be called tostadas, they are now simply called filled arepas or arepa Rellenas. Fillings for arepas vary and there are now countless recipes available, all incorporating different fillings.

The main ingredient, Masarepa, however, has never changed.

Before the development of machinery to assist in the grain-refining process, Masarepa used in arepas was prepared by soaking dried corn in water and then manually pounding the grains until the seed germ and outer lining were removed. The part of the corn that remained was then cooked and grounded. This grounded corn was the origin of the very first arepas.

In recent years, similarly to the process for refining a number of other grains and foods, this labor-intensive process has been automated by machines and is done at the industrial level.

However, if you wanted to, you can still make the flour by hand. This process entails first boiling the corn in water with lime (the chemical) to loosen the hulls, then draining the water and placing the corn in a large wooden bowl. Make sure to keep the corn moist (add water if needed).

Then, pound the corn with a wooden mallet until the hulls (with germs attached) come off the kernels. After this, swish the corn in water to wash away the hulls. Finally, take these corn kernels, cook them, ground them, and make them into the dough.

(If you want a great recipe for Arepas, you can check this out one.)

Nowadays, when getting Masarepa from the store (which would be the most common way of getting it, as making it manually is quite labor intensive) the masarepa you are getting was prepared the following way: the corn was hulled dry, removed from the seed and the germ, and then the kernels got cooked, ground up, dried, and packaged.

The result? You get masarepa that tastes just like the real thing, which is why we recommend purchasing Masarepa before preparing your arepas. (see where you can purchase Masarepa below).

Best Flour for Arepas: Why Other Flours Don’t Work

When most people hear that the flour needed to prepare arepas is refined, pre-cooked corn flour, they often make one of two mistakes: 1) they assume that regular cornmeal will work just the same, and 2) they assume that masa harina, the Mexican version of cornmeal, will work the same

They assume that regular cornmeal will work just the same

While masarepa and cornmeal are made from the same basic stuff, cornmeal is milled raw, while masarepa is fully cooked before it gets milled. The result? Differences in texture once they are introduced to the dough.

When cornmeal is mixed with liquid, it does not absorb the liquid, so it just sits there. On the other hand, Masarepa is able to and does absorb liquid, which gives the dough a putty-like texture. This putty-like dough can then be easily formed into a number of different shapes, such as muffins, which can’t be done with regular cornmeal.

They assume that masa harina, the Mexican version of cornmeal, will work the same

While masa harina is very similar to masarepa, it is not quite the same. Masa harina is a corn dough that is treated with lime which removes germs and its outer lining prior to that getting dried and grounded into fine cornmeal. This fine cornmeal is the primary ingredient in a number of popular Mexican foods including tortillas, pupusas, and gorditas.

Unlike masa harina, Masarepa is prepared from large-kernel corn that has large, starchy endosperms, which makes it a much starchier flour than masa harina, the kind used in tortillas. Since the preparation of masarepa does not include the use of the chemical lime, the flavor ends up tasting a bit milder.

Since masarepa is starchier but finer than masa harina, it is the perfect cornmeal for getting pan cooked or deep fried into arepas.

Masarepa: Where you can Purchase it

When purchasing Masarepa from popular grocery stores, it usually is going to be sold by one of the following brands: Harina PAN, Areparina, Harina Juana, and Goya. All corn flour sold by these brands is genuine masarepa that is meant to be used for making arepas.

While I usually wouldn’t recommend purchasing food products from Amazon, if you are dying to make some arepas but don’t feel like taking the time to drive out to a brick and mortar store to purchase the correct flour, ordering it on Amazon is a viable option.

On Amazon, you can find enriched white corn meal by Goya, which is the equivalent of pre-cooked Masarepa.

Also, you can purchase the P.A.N white corn meal by Harina PAN, which is 100% gluten-free, manufactured in the U.S, and another equivalent to pre-cooked Masarepa.

It seems nowadays like Walmart sells everything, and Masarepa is no exception. Considering there are nearly 12,000 Walmart locations worldwide, you should have no issue locating one near you to pick up some Harina PAN to use for arepas.

Amigofoods is an online e-commerce Latin food store that sells a variety of Latin food products, including Harina PAN; the exact flour you need to prepare arepas.

Costco is a giant store chain in the U.S. Costco does carry Harina PAN, however only in locations with a huge Latin population, such as Miami.

Individuals on eBay also sell Harina PAN corn flour. While this is the exact same corn flour that is sold at all of the other places I listed, a potential benefit of going through eBay is faster shipping times and reduced prices.

Is there a Difference Between using White Corn Flour and Yellow Corn Flour?

There is no difference between using white corn flour and yellow corn flour. Whichever you choose to use ultimately comes down to personal preference.

Despite this, unsurprisingly, some people fiercely argue that their preferred color is the correct option.

Some individuals claim that yellow corn flour is a bit more bitter/tangy than white corn flour, however, the science behind arepas does not support this and it might simply be the placebo effect at work.

With that being said, most masarepa is sold in white corn flour form, so don’t feel like you need to find the yellow kind for your arepas to be prepared correctly.

Yes, you can still make arepas using masa harina or regular cornmeal. As long as you follow the correct cooking procedure, the arepas will still turn out edible.

However, the disadvantages of using regular cornmeal or masa harina are that the arepas are not going to have a different taste which might not be as mild for mixing with elaborate meats and spices. Also, the texture of the arepas might be too flimsy, as masarepa is much starchier than the former alternatives.

Up Next: The 5 Best Spoons For Cooking

Can You Freeze Jambalaya? (And How To Do It)