Home Cooking Tips Are Gushers Vegan? – What You Should Know
Cooking TipsFoodsguy

Are Gushers Vegan? – What You Should Know 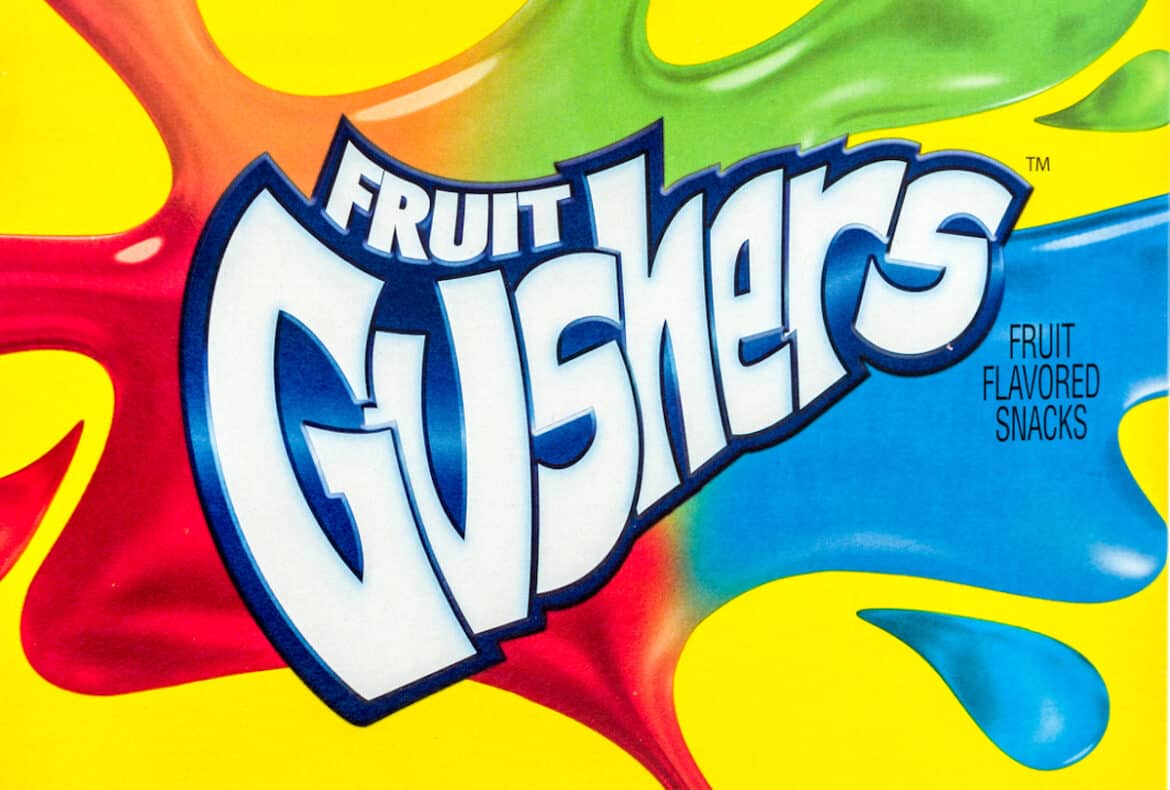 Even if it contains vegan ingredients, it doesn’t mean it is cruelty-free! But with rumors going around that Fruit Gushers are vegan, we couldn’t help but dive deep into the topic.

So, are gushers vegan? Gushers do not contain any animal products, making them suitable for many vegan diets. However, they do contain sugar, glycerine, and palm oil, which may have been produced using animal byproducts or have a negative impact on the environment.

In today’s article, we will have an in-depth look at every ingredient that is used to make this candy and also discuss the controversy surrounding them.

We will then finally answer some other questions surrounding these snacks and have a look at whether the different flavors are vegan as well.

Fruit Gushers are fruit snack candies similar to the taste of Fruit Roll-Ups.

They have a uniquely soft, chewy, and almost gummy gel-like outer layer that encloses a delicious fruit-flavored juice on the inside. When you bite the candy, the juice gushes out, hence the name!

Gushers have a very unique shape that actually has a name; elongated hexagonal bipyramid. What a mouthful, right? But no one seems to care all that much about its shape, but rather its delicious flavor and unique texture.

These candies were originally released in 1991 by a food manufacturing company called General Mills under their popular brand, Betty Crocker. Initially, they only released two flavors called Gushin’ Grape and Strawberry Splash.

These candies were an instant hit due to their memorable shape and unique textures. Today there are many different varieties available on the market as well as flavors.

You can find Gushers in tropical, sour berry, raspberry, lemonade, orange, and much more. Naturally, you have to look at every flavor to determine if one specific one is vegan or not.

Gushers contain quite a long list of ingredients, and we will discuss all of them! This is the only true way to determine and fully understand why they are or aren’t vegan. Let’s begin!

Despite the different varieties, most Gusher products are made using more or less the same ingredients. Coloring and flavoring are the two main ingredients that differ from variety to variety.

As you can see, that is quite a list compared to some other vegan candies.

Are These Ingredients Vegan?

At first glance, there don’t seem to be any obvious non-vegan ingredients. Usually, candies use setting agents like gelatin (which isn’t vegan and is derived from animal bones), but these candies don’t.

The biggest problem with these candies, and arguably all vegan candies, is what you define as “vegan.”

Even if an ingredient isn’t a byproduct of animals, some people consider ingredients as non-vegan if they aren’t environmentally friendly or sustainably sourced.

This opens up the door to our question a lot and is why there is so much controversy regarding the topic.

So, again, despite these ingredients not being byproducts of animals, some of them aren’t defined as vegan by all. Let’s have a look at some of the most questionable ingredients.

Sugar itself is a plant-based product. What makes it non-vegan to many is the fact that a ton of sugar products are processed using bone char. Bone char helps cane sugar retain its pure white color.

Even though the sugar itself doesn’t contain any bone char, the mere fact that it is processed using an animal product makes a ton of vegans avoid processed or refined sugar.

Not all sugars are processed using bone char – just keep that in mind. The type of sugar used for Gushers isn’t specified (whether or not the sugar used bone char) and it would be nearly impossible to find out.

Glycerine is a colorless and odorless syrup that helps add sweetness to candies, helps them retain moisture, and helps prevent the crystallization of sugar.

Glycerine is usually obtained from plant sources, but not always. And because General Mills has never released the exact type of glycerine they use, it is a very real possibility that it could be animal-derived.

Both Palm oil and Carnauba wax are obtained from palm trees, meaning they are plant-based. However, this is where the debate comes in.

Palm forests are known to be a devastating crop, not because of the plant itself, but what it is doing to the rest of its surrounding environment. Palm trees are fast-growing, easily harvested crops, meaning more and more corporations want to plant them.

This means that thousands of acres of natural forests are removed to make room for this money-making tree. Deforestation has devastating effects on surrounding species.

That is why many do not consider these to be vegan ingredients, because the effect that they have on the environment is just as devastating, if not more, than the meat industry.

And again, because General Mills doesn’t show any sign of using sustainably obtained palm products, there is no way of deciding whether or not it is truly vegan (according to your own definition).

Believe it or not, but a ton of so-called “natural flavorings” aren’t natural in the way you may think they are.

“Natural” can really mean anything that isn’t man-made, and animals are included in that category. A lot of flavorings contain animal products or byproducts.

For example, one animal-based flavoring labeled as “natural” is called castoreum. It is obtained from beavers and is used to produce juicier vanilla, strawberry, and raspberry flavors.

There are rumors that this flavor is used for Strawberry Splash in the Gushers range, however, there isn’t any certifiable proof.

The good news is that castoreum is relatively rare and generally used for ice cream, which is something you won’t consume anyway if you’re already following a vegan diet.

As with the flavorings, there is quite a debate regarding artificial colorants in processed food.

The main food colorants used in Gushers include Red 40, Blue 1, and Yellow 5 and 6. Just like with regular paint and colors, these primary colors are mixed to create a variety of different colors.

Red 40 is often confused with Red 4, which is a colorant obtained from beetles. Red 40 is a petroleum-derived product and is safe to consume and vegan.

Yellow 5 (Tartrazine) and Yellow 6 (Sunset Yellow) are also petroleum-derived products. Yellow 6 can also be derived from strawberries. Blue 1 (or brilliant blue FCF) is a chemically synthesized product and is also considered to be vegan.

So, Are Fruit Gushers Vegan?

If you have strong beliefs regarding the issues or possible issues we have discussed, stay away from these candies. But, if you merely look at animal-based ingredients, then these candies are all good!

Which Flavors Are Vegan?

From our research, we couldn’t find any flavors or variants that weren’t vegan (if you’re not considering possible bone char use in sugar production or palm oil’s effect on deforestation).

As we have mentioned before, the natural flavors used are almost always plant-based. This is especially true for fruit-flavored candies.

Gusher ranges that are vegan (from our research) include:

For example, dairy and eggs are animal-derived produces and are therefore not consumed by vegans.

All the controversy regarding certain ingredients being vegan or not doesn’t necessarily apply to your everyday vegetarian definition. Gushers are completely vegetarian.

Gushers are also completely gluten-free. Most sugar candies don’t contain gluten as they mostly consist of pure sugar along with some artificial ingredients.

Gushers are dairy-free. Naturally, if they are generally considered vegan it automatically means that they do not contain dairy.

From our research, we couldn’t see any information that claims Gushers aren’t kosher, however, the packaging doesn’t mention anything about it and neither does any article.

If you have strict beliefs, consult with someone regarding this matter.

Up Next: Are Jolly Ranchers Vegan?

How To Thin Chocolate Melts

How Long Do Oreos Last?