Home Foodsguy Wine Yeast Vs Bread Yeast – What’s The Difference?
FoodsguyThis vs That 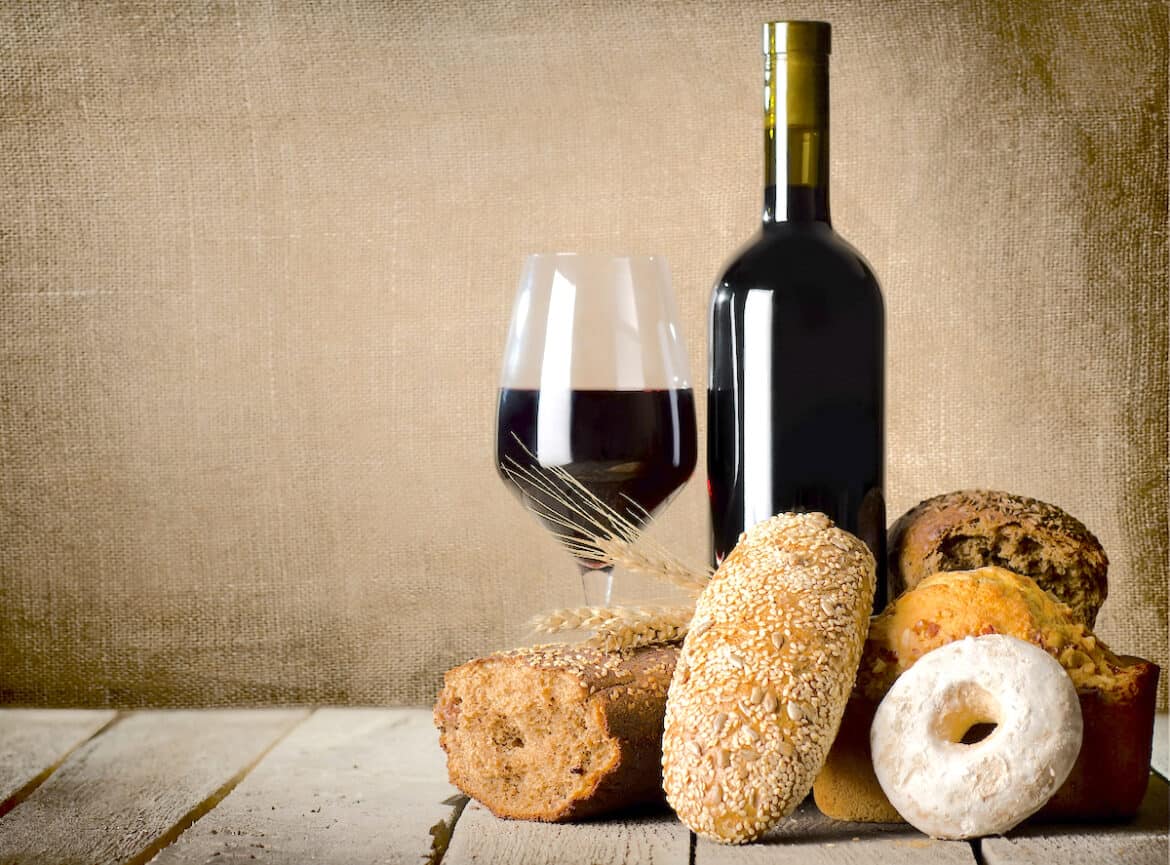 Not all yeasts are created equal and they each serve different purposes. You can get it in several forms, from active to inactive and dry to fresh.

But what’s the difference between wine yeast vs bread yeast? There are a few key differences between bread yeast and wine yeast other than their names and uses. They each have different alcohol tolerances and ferment differently.

Read on to understand the differences and learn whether the two can be used interchangeably.

First thing first, let us examine what yeast is in general. Yeast is a type of micro-organism. It is a single-celled fungus from the same family as the edible mushrooms many people eat daily throughout the world.

Most of the common uses for yeast relate to food. It is mostly used in products that require fermentation or rising, like wine and bread, but there are forms of yeast that are actually used as a nutritional supplement as well.

Yeast cells consume and digest food to produce energy in order to grow, which is not too different from most other living organisms.

The difference is that yeast has a pretty specific diet, one that may make you rather jealous.

Yeast only consumes different types of sugar, either in naturally occurring fructose, or in types of sugar derived from food products like flour, grains, and starch.

Yeast can eat and digest sucrose (cane sugar), fructose and glucose (which come from things like maple syrup, honey, and fruit), and maltose (sugar derived from flour).

The two products released by yeast during the fermentation process play different roles in bread making. Carbon dioxide is a gas that gets trapped in dough and causes it to rise.

The ethyl alcohol is what produces the distinct flavor and aroma of yeast-leavened bread.

This process is known as alcoholic fermentation and is why yeast is often used to bake bread and make wine. The type of yeast used will determine the type of fermentation, with each reacting differently when introduced to its food source.

The fermentation of spirits can also occur naturally. For example, as ripe fruit falls from the tree and breaks open, microscopic yeast cells consume the sugar in the ripe fruit, causing fermentation and turning the fallen fruit alcoholic.

This explains the smell you may detect when walking by fruit trees late in their season and also explains why some animal species intentionally eat ripened fruit that has fallen from the branches.

Who says we’re the only animals that know how to party?

There are four key differences between wine yeast and bread yeast, and they relate to the following factors: alcohol tolerance, fermentation, activity, and nutritional value. Each factor is different in the two types of yeast.

Bread yeast and wine yeast each have different alcohol tolerances, which means the percentage of alcohol to water that they can tolerate while still promoting fermentation.

Bread yeast has the lowest alcohol tolerance, ranging from roughly 6-8%.

Wine yeast can tolerate up to 17%, with some types of yeast being able to tolerate higher percentages. Champagne and port yeast, for example, can handle up to 18% alcohol. Brewer’s yeast falls just below wine yeast, usually between 10-12%.

What each type of yeast does during the fermentation stage is also different.

Wine yeast does not produce as much froth and releases gas much slower, making it ideal for the longer process associated with wine production, which can sometimes last months to years.

Bread yeast is highly active in the fermentation stage, producing much more gas.

It is common to say that bread yeast is more powerful and must be used quicker and under more active conditions (a hot oven for a short period of time versus a wine barrel for an extended time).

Activity when referring to yeast is not about what it does in its free time when it is not consuming sugar and making gas for bread. Yeast activity actually refers to whether or not the yeast is still alive when it is used.

Wine yeast can come active or inactive. Bread yeast, on the other hand, is always active and alive.

Caring for, storing, and using some types of bread yeast is more involved, as the yeast must remain alive until it is used. More on that later.

The nutritional value of each type of yeast simply relates to whether or not it can be consumed raw as a food source. Active yeast cannot be eaten before being cooked; it will continue to grow in your intestines and rob your body of vitamins.

Inactive wine or brewer’s yeast can both be consumed, and they often are, though they can sometimes be bitter, unlike the cheese-like taste of nutritional yeast.

Only slightly different than some of the nutritional yeast supplements available at health food stores and used commonly in vegan/vegetarian diets, wine yeast contains B vitamins and other minerals.

Can You Use Active Wine Yeast to Bake Bread?

The simple answer to this question is yes. You can use active wine yeast in place of bread yeast. Before we were able to manipulate the type of yeasts available, yeast was pretty much yeast and brewer’s yeast was often used in bread baking.

Now that different types of yeast are bred for specific purposes, there is no advantage to using wine yeast to bake bread.

In fact, the resulting bread will likely have an unpleasant alcoholic taste. It will also be very bitter.

We recommend you use the type of yeast that is grown for what you intend to use it for. The conditions and growing techniques used for each type of yeast are specific to what its intended use will be.

Each yeast will produce a different taste and can even result in different colors.

Are There Different Types of Bread Yeast?

There are two different types of yeast used for baking. One is known as dry yeast and the other type is known as wet yeast but is also sometimes referred to as fresh yeast. Both are still technically active, or alive.

Sourdough technically contains a type of wet or fresh yeast but this yeast also has some differences in how it is made and used.

For the purpose of this article, we will just classify it as a type of wet yeast, but will provide some details on the differences.

Dry active yeast, or instant yeast, is designed to have a prolonged shelf life and is the easiest to work with.

If you’ve ever used store-bought yeast, you may recognize the little packets it is often sold in. Dry active yeast is simply dissolved in warm water and mixed with flour to make dough.

Instant yeast is also a type of dry active yeast but is used less frequently due to its inability to withstand salt for too long before being baked.

Salt can stall the yeast, and if you want to use instant yeast, make sure to put the salt in last.

Unlike dry active yeast, fresh yeast does not have a long shelf life. It actually goes bad really fast and has to be taken care of properly.

We would only recommend using fresh or wet yeast if you bake regularly. It is also a bit more difficult to work with.

You will not be able to find it at most supermarkets, but some bakeries may sell you some. You can also make your own fresh yeast, which is often just known as a sourdough starter.

Sourdough yeast is also sometimes called a natural leavener or starter but is technically a yeast culture that you have to treat like a living organism. This means you have to feed it and take proper care of it to keep it alive.

Some famous bakeries have even been known to name their sourdough starters.

You can make your own sourdough culture at home with just two ingredients, water and flour, although many bakeries will use other ingredients to modify the flavor profile of their bread.

You have to feed sourdough starter just like you would feed a pet or a child (hopefully that explains the whole naming thing).

Sourdough cultures need to be fed flour and water regularly, but the time between feedings can be slowed down significantly by storing the culture in the fridge.

It takes about a week to get a sourdough starter ready to use and as we mentioned is much more involved than just using dry active yeast.

As with many things in life, time and effort are rewarding. Sourdough cultures result in a much more developed flavor and aroma.

Up Next: How To Store Yeast

What Teas Are Served In Chinese Restaurants?