The Best Substitutes For Celery Seed 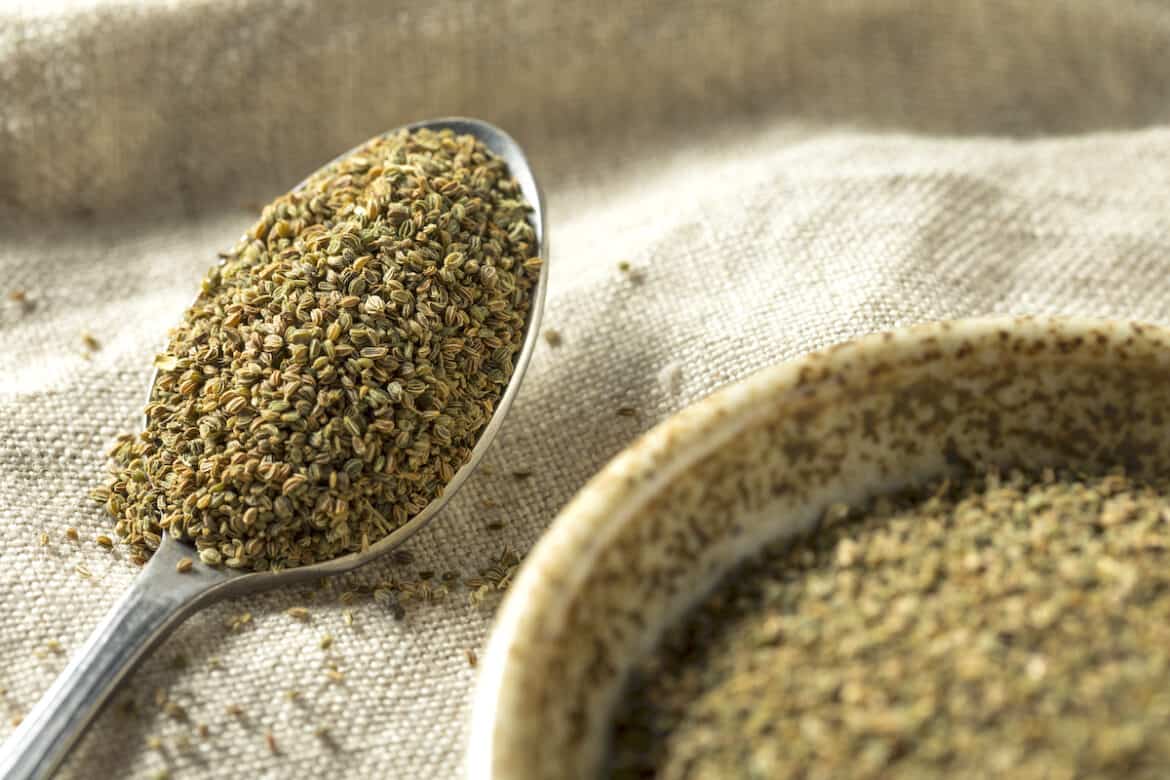 Celery seed is a very common ingredient in recipes as a flavor enhancer. It isn’t generally the main attraction, but it does a lot to build a strong foundation of seasoning and flavor.

If you find yourself in need of celery seed but without any in your spice cabinet, what should you do?

In this article, we’ll explain what celery seed tastes like and how it’s used, as well as provide you with the best substitutes for celery seed in a variety of different recipes.

What Is Celery Seed?

Celery seeds are the tiny fruits of wild celery plants. The seeds are dried whole and sold as a spice. This spice is found in foods like pickles, soup, dry rubs, or sauces of any kind.

Wild celery has a much more potent flavor than conventionally grown celery that you find in the produce aisle of your supermarket, which is why the best seeds come from the wild variety.

Celery seeds taste very similar to the rest of the celery plant. They have a savory, earthy flavor that does have asomewhat bitter undertones and an astringent quality to them.

When celery seed is ground, the bitterness and astringency become more potent, creating an almost peppery sensation similar to mustard or onion.

Whole celery seeds are quite small, about the same size as poppy seeds. They’re a dark green-brown color.

The flavor of celery seeds is very similar to whole fresh celery and it pairs well with all the same flavors that you might conventionally match with celery, particularly tomatoes.

It’s a signature flavor in ketchup and barbeque sauces as well as the rim spice for drinks like Bloody Marys or Ceasers.

Powdered celery seed is popular in recipes that are best left smooth, such as sauces or dips, as it won’t add any additional crunch or texture. Brines, marinades, dressings, and pickle juice more commonly use the whole seed.

Whole celery seed lasts longer than the ground powder. The best flavor will come from whole celery seeds that are no older than 6 months, but ground celery seeds will start to lose their potency after only about 3 months.

If you have a recipe you’d like to recreate that calls for celery seed and you don’t have any, there are many great substitutes you can consider.

Hopefully, at least one of these ingredients will be in your pantry or fridge right now and will be the perfect replacement for celery seeds in your favorite recipe.

Celery seed tastes, well, like celery. Celery powder and celery flakes are both made from dehydrated celery root or celery stalks and therefore make a nearly perfect substitute.

Celery seed will have a stronger flavor than celery powder or flakes and also tends to be a bit more bitter.

The tricky part with using celery salt as a substitution is the conversion ratio. Celery salt is usually about 2 parts salt for every 1 part ground celery seed, though sometimes it’s closer to a 1:1 ratio.

It’s hard to know exactly what you’re working with, so you’ll want to taste test frequently to be sure you’re not adding too much salt.

Start by using twice as much celery salt as is called for with celery seed, but be sure to reduce the salt the recipe calls for by at least half, maybe more. Again, you’ll want to sample your recipe to adjust to taste.

Celery seeds come from wild celery, which is more potent in flavor than conventionally grown celery but otherwise tastes essentially the same. If you don’t have celery seed, you can use the plant instead.

The leaves of celery have slightly less flavor than the stalks but they mince better and create less texture.

Start by using 6 tsp of very finely minced or chopped celery stalk or leaves for every 1 tsp of celery seed called for.

You may want to add more to taste, as the plant isn’t nearly as potent as the seed and can vary more in flavor.

Keep in mind, fresh celery stalk is very fibrous compared to celery seed. It will add texture to whatever your cooking as well as flavor.

Minced leaves won’t have as obvious a difference when it comes to consistency but will be more obvious in terms of color and appearance.

Lovage is in the same family as celery and is often even called wild celery. Lovage seeds are incredibly similar to celery seeds, however, they are not the same.

Lovage seeds have hints of anise and lemon flavoring to them which is not found in celery but, otherwise, they make a very close substitute.

Ground lovage is slightly more potent than celery powder but is very close in potency to celery seed and/or ground celery seed. You can use them in equal measurements if you’re substituting one for the other.

If you happen to live in an area where fresh lovage can be foraged or purchased, you can also try using the leaves of this plant as a substitute.

You’ll need approximately 4 tsps of finely minced lovage leaves to replace each teaspoon of celery seed in a recipe.

Fennel seed and powder is a popular spiced used in Italian cuisine.

Fennel has a distinct licorice or anise flavor which is sweeter than what you would expect from celery seed, but it does work very well as a flavor enhancer in sauces and liquid-rich recipes.

If you’re going to use fennel powder as a substitute for celery seed, it will work best in Italian recipes that frequently use this flavor already.

Meaty pasta sauces or sausage meat, for example, would work equally well with fennel powder as celery seed. Fennel powder can be substituted for celery seed in equal measures.

Dill seed is similar but different to fennel seed. Dill seed and celery seed are both often used in pickling solutions or brines and dressings.

Both dill and celery have very unique flavors, but because of their similar usages, they can make a reasonable substitute for each other in these applications.

Dill seed would not be a close flavor substitute in dishes like soup or dry rubs, as the contrasting flavor of the dill will be more noticeable.

Dill seeds are flat and wide compared to the smaller, rounder shape of celery seeds. You can substitute dill seed for celery seed in equal measurements.

For salad-type dishes like coleslaw, potato salad, or even sauerkraut, you may want to consider caraway seeds as a good substitute for celery seed.

Caraway seeds have a rich flavor that is part savory and part sweet. There are hints of citrus and a faint peppery sensation, similar to celery seed, but with notes of anise.

It isn’t an exact match for the flavor of celery seed, but it adds a similar depth and complexity of flavor. Use equal measurements of caraway seed for celery seed.

If you can’t find one of the above options in your home, here are a few more alternatives that won’t be an exact match for celery seed but will enhance the flavor of your recipe nicely:

Up Next: Chicken Salad Without Celery