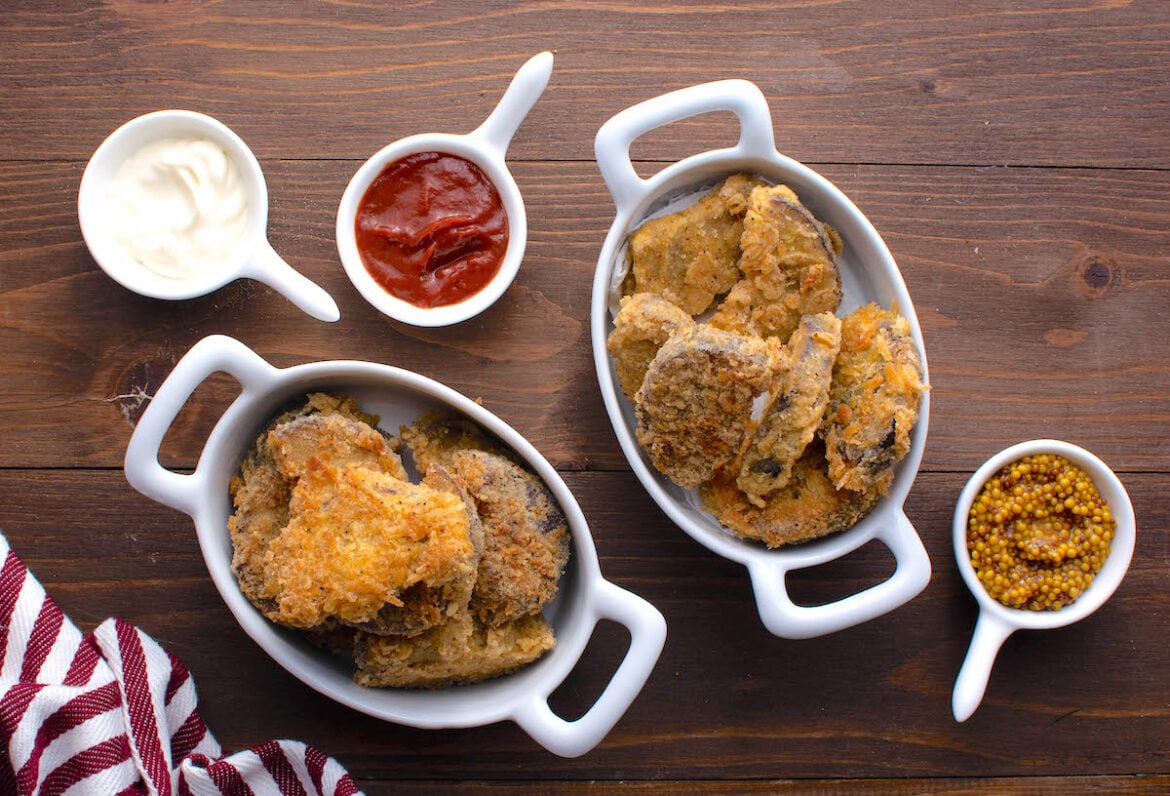 If you are looking to eat less meat, or you just want to adopt a meat-free diet, seitan is the right way to start. Pronounced sei-tan, this alternative “meat” has been a staple of health food stores for many years.

Preparing seitan is very simple and with proper seasonings and preparation, you will never miss meat again.

I have prepared seitan this time as a delicious substitute for crispy chicken and it has it all: the perfect flavor, delectable tenderness, and a crispy outer coating.

Seitan is wheat gluten that has been shaped and cooked. As a meat substitute, seitan has a long history of use, for at least 2,000 years.

It was originally made by mixing flour and water, kneading it to activate and strengthen the gluten, then rinsing the starches until you have a stringy, spongy, and high-protein dough.

This base ingredient has to be cooked before it can be eaten, so it is often formed into meat-like shapes, and then seasoned and braised, simmered, or steamed.

If you’ve ever ordered Mock Duck, you have probably ended up with a piece of seitan.

Seitan is a delicious and very versatile ingredient.

Can I Make Seitan At Home?

As seitan has been around for over 2,000 years, manufacturers have found a way to rinse the starches from the flour mixture, then dry it and grind it into flour.

This is vital wheat gluten, also known as gluten flour, and most seitan is made with that now, allowing home cooks to skip the steps of kneading and rinsing the dough.

To make the seitan at home, you will have to combine gluten flour, water, and seasonings, either simmering, braising, or pressure-cooking the dough.

To make seitan at the comfort of your home, you will need:

For the cooking broth:

Another method that is popular right now is making the seitan without wheat gluten. Basically you will be using the plain flour and water.

To make this seitan, you will have to combine:

You will combine flour and water until you have stiff but cohesive dough. Form the dough into a ball and place in a bowl.

Cover the dough with water. Let it stand for 4-8 hours. Now, knead and rinse the dough until the water runs clear, for 10 minutes. Squeeze the dough and press out as much as liquid possible.

Cut the seitan into bite size pieces. Cook the seitan in the same broth, as indicated in a recipe above. Once the seitan is cooked, use it as you wish.

This vegan “chicken” is deep fried and very tasty. Deep fried seitan and a blend of spices create a dish that is surprisingly similar in appearance and taste to chicken.

The vegan seitan chicken comes together quickly, with no marinating time.

For this recipe you can use your homemade seitan or store bought version, which will really save you time.

To coat the chicken, I used vegan mayo and breadcrumbs. Instead of mayo, you can use a vegan egg replacement.

Make the seasoned flour, coat the seitan with mayo, flour, and mayo again, and finally the breadcrumbs. At this point, you can fry the seitan in the oil.

3. Brush the seitan with some mayo, coat with flour, and brush with mayo again.

4. Finally, coat the seitan with breadcrumbs.

Brush the seitan with some mayo, coat with flour, and brush with mayo again.

Finally coat the seitan with breadcrumbs and fry in 2-inches of heated oil, until golden brown, for 2-3 minutes.

Can You Freeze Seitan? – The Ultimate Guide