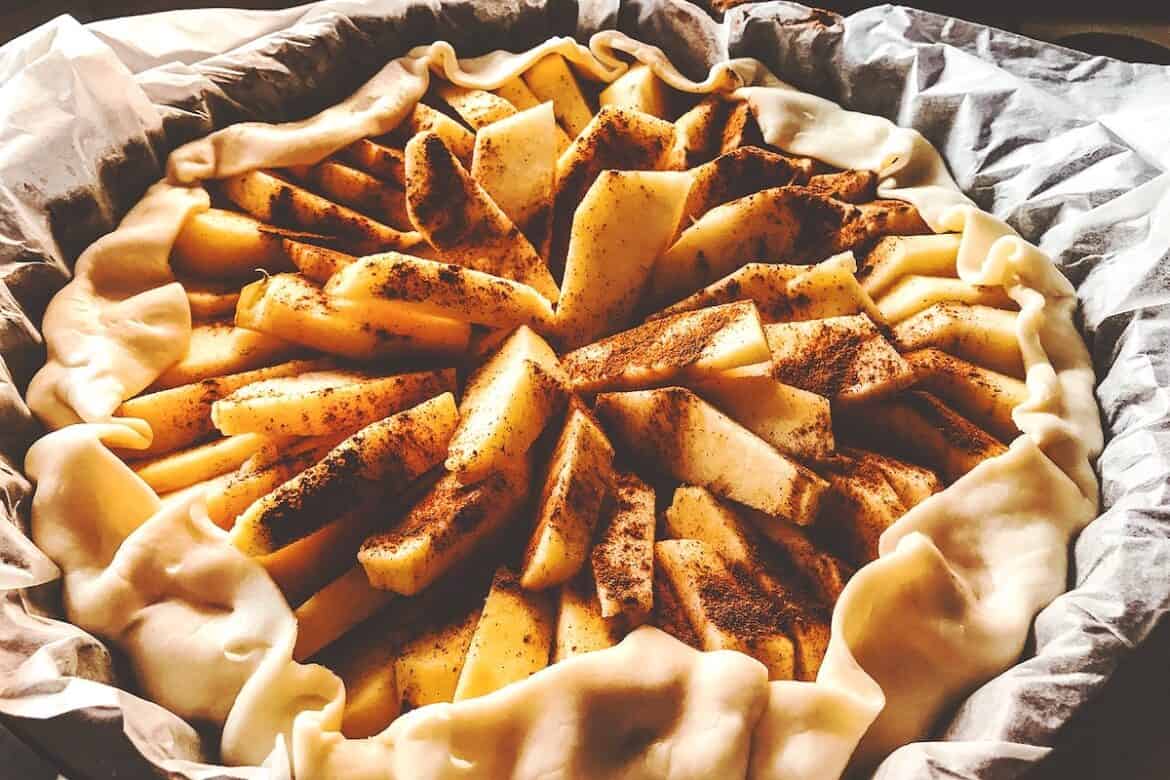 Puff pastry and pie crust are both very versatile in baking. Used as the basis for desserts from mille feuilles to apple pie, chocolate tarts, and everything in between, these pastry staples are a must-know for at home bakers looking to wow their friends and family.

If you’re new to baking you might be wondering whether you can use pie crust and puff pastry interchangeably in your recipes. And if you can’t, you probably want to know what the difference is between them.

Read on to discover more details about the differences between puff pastry and pie crust and whether you can turn your pie crust into puff pastry!

What’s The Difference Between Puff Pastry And Pie Crust?

To answer this question we first need to understand what these types of pastry actually are. We’ll start by looking at puff pastry and then discover how it differs from pie crust.

When you laminate dough it means that you are creating multiple, separate layers of dough and fat. Usually the dough is a simple mixture of water, salt, and flour plus the added fat used during lamination.

You do this by wrapping the dough around the fat (usually butter) and then rolling out and folding the dough over on itself many times to create those distinct layers.

The final product is a golden, crispy, thick, but light dough with visible separation between the layers.

The separation is caused by the release of steam from the butter as the pastry cooks. It causes the pastry to lift and rise and gives it that beautiful texture and visual appeal.

When you’re making a pie crust the process is much different. There is no need for lamination since you don’t want a huge amount of rise and separation in the crust.

Pie crust is generally made from shortening or another fat like butter plus water, flour, and salt.

Depending on the recipe bakers sometimes add sugar, milk, or other ingredients to change the final taste and texture.

In pie crust you are actually trying to fully incorporate the fat and flour together rather than creating separate layers of fat and dough.

This process gives a thinner, crisper texture that doesn’t have nearly as much rise as a puff pastry.

What’s The Taste Difference Between Puff Pastry And Pie Crust?

In terms of taste, even though pie crust and puff pastry use the same ingredients, they taste slightly different due to how they are prepared.

In pie crust you are going to get more of a rich (unless you’ve added sugar) cookie-like taste. It’s crisp and a little crumbly and tastes buttery.

Puff pastry has a more delicate flavor, though you can still taste the butter.

The layers of air between the dough can change the sensation when you’re eating it so it tastes a bit more like a croissant.

It is buttery and flaky and a little more savory than pie crust.

How Is The Texture Different Between Puff Pastry And Pie Crust?

Pie crust has a much “shorter” texture than a puff pastry. Because of this, you are going to have a more delicate and flaky/crumbly texture.

It might be a little chewy, but should be golden brown and a little bit crumbly when you eat it. Pie crust is designed to be a little firmer so that it can hold fillings.

Pie crust is more thick and hearty than a puff pastry, though it will still be flaky and crispy.

When it comes to puff pasty, the texture is going to be crisp. The layers of air between the dough are going to give a satisfying crunch to the final product.

Often puff pastry has a dry texture, which makes it perfect for stacking or using in more advanced baking recipes.

This dough is delicate, but rich thanks to all the butter. It is going to be somewhat similar in texture to the outside of a properly cooked croissant.

Unlike a croissant, the pastry is going to be cooked all the way through and not have a soft, bread-like center.

How Do You Make Pie Crust?

Compared to puff pastry, making a pie crust is relatively simple. It takes about 15 minutes to prep and 2 hours to chill.

How Do You Make Puff Pastry?

Making puff pastry is a time-consuming endeavor, but the final result is worth it.

It takes time to properly build the layers between the dough and you have to chill your pastry between each “turn” so that the butter doesn’t melt and leak out of the sides of the pastry.

To make puff pastry you are going to go through the process of lamination. To do this, you will make a basic dough out of water, flour, and salt.

Once that dough is able to stick together you will want to chill it in the fridge for half an hour.

You also need to make something called a butter block. To do this you will need to:

Once your butter block is made and your basic dough is chilled you will need to:

Can You Turn Pie Crust Into A Puff Pastry?

While pie crust won’t end up the exact same texture or height as a puff pastry, you can doctor up your pie crust to create a close approximation of puff pastry.

Since butter is what gives puff pastry its flaky texture and golden layers, you can add butter to your pie crust to achieve a similar result.

Take your pre-made or already made pie crust and follow these steps to create a faux puff pastry:

Up Next: How To Thicken Apple Pie Filling