Home Cooking Tips Is It Illegal To Eat An Orange In The Bathtub?
Cooking TipsFood SafetyFoodsguy

Is It Illegal To Eat An Orange In The Bathtub? 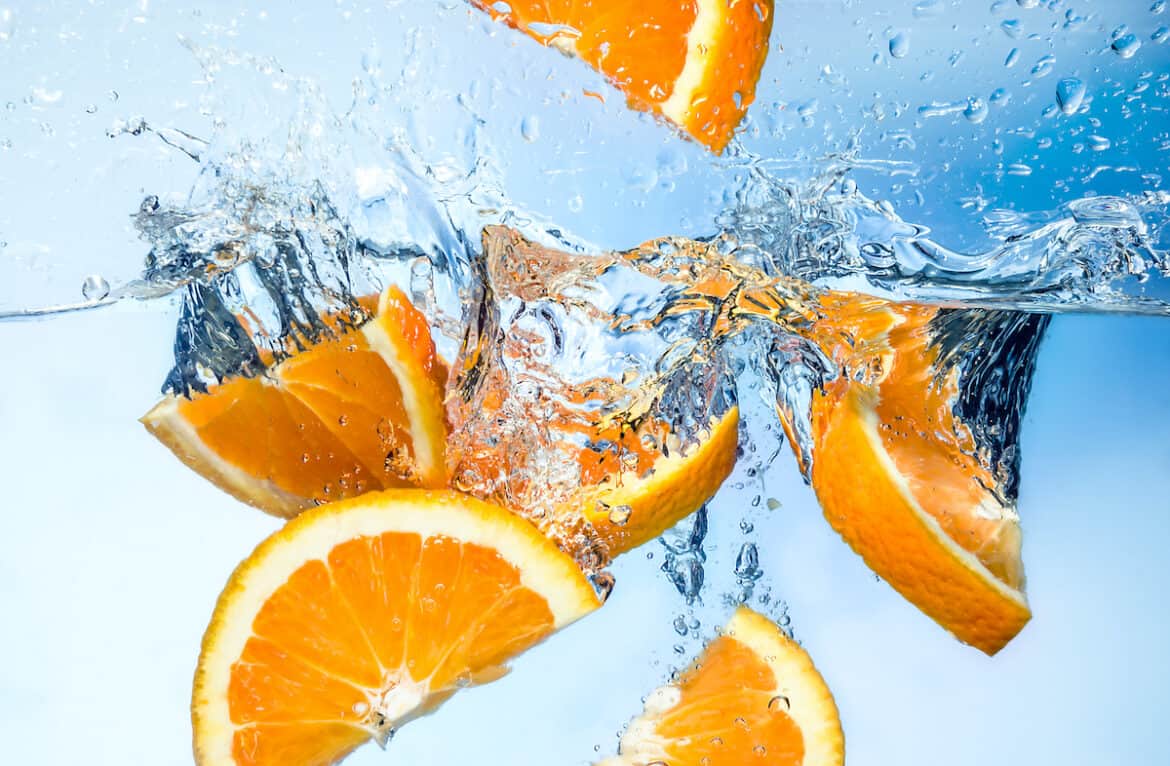 If you have ever wanted to take a relaxing bath after a long day, and snack on a lovely fresh orange, you might be in trouble!

If you live in California, you could find yourself on the wrong side of the law if you eat an orange in the bath, even though it seems like a completely legal thing to do.

If this law intrigues you (as it should) keep reading to find out a little more about it, and to find out some more strange laws that are still in place!

Why Is It Illegal To Eat An Orange In A Bathtub?

While this seems like an incredibly random law, there was some thought put into creating it, even though the reasons have now been debunked.

The law was first brought into place in the 1920s, as a way to protect homeowners. It was believed that if the citric acid found in oranges mixed with the oils found in bathwater, it could create an explosive mixture, and lead to disaster.

In some way, this isn’t completely far-fetched, as citric acid and oil are two ingredients used to make bath bombs, which fizzle in the bath, but this is a far cry from the explosion that lawmakers predicted.

As we have progressed further in terms of science and even the simple art of taking a bath, we know that eating an orange in a bathtub is not going to cause a huge explosion, and it is a perfectly safe activity to partake in. So you don’t have to worry for your safety if you like enjoying some vitamin C while soaking in the tub.

However, as safe as this activity might be, it is still technically illegal if you’re a Californian!

Where Is It Illegal To Eat An Orange In The Bath?

Thankfully, this isn’t a worldwide law, and it is a law that is only found in California. California has a history, and a record, of some strange laws surrounding food.

There are some other strange food laws found in different places within California itself. In Riverside, you cannot carry lunch down the street between the hours of 11 am and 1 pm, so you cannot even eat your lunch outside between these times!

In Rosemead, you are not allowed to use a fork to eat ice cream if you are out in public. So if you weren’t offered a spoon to enjoy your ice cream, you best not choose to use a fork, or you would be breaking the law!

For all of these laws, there definitely isn’t going to be a police officer putting you in handcuffs for eating lunch outside at lunchtime, using a fork to eat ice cream, or eating an orange in the bathtub (which would be an awkward encounter). They just stand as outdated laws that haven’t been written off yet.

Is It Still Illegal To Eat An Orange In The Bathtub?

There isn’t a perfectly clear answer to this, as on one hand, the law can still be found and it has not been repealed, but on the other hand, there are no police officers or prosecutors who are going to follow through with an arrest or charge.

In the theoretical sense, it is illegal to eat an orange in the bathtub, but nobody is going to arrest you for it, and you will be very hard-pressed to find someone who has been arrested for enjoying some citrus when soaking in the tub.

Not being allowed to eat an orange in the bathtub is one of quite a long list of strange laws found in the United States. Almost all of these strange laws are outdated and not enforced, but they can still be found if you look hard enough.

Here are some of the other strange laws that were created in the past:

Colorado – It Is Illegal To Loan Your Vacuum To Your Neighbor

If you are in Colorado, you might want to think twice before you hand your vacuum over to your neighbor for a quick clean! It is believed that this law came into place when one neighbor loaned their vacuum next door, but it was full of cockroaches, and the infestation spread.

The police will surely not come banging down on your door for being a good neighbor, but it is easy to see why this law may have been considered reasonable in the past.

In Alaska, children are not allowed to build a snowman bigger than themselves if they are on school property. One of the reasons behind this is that snow in Alaska can be so heavy, so they were worried they would not be able to tell a snowman from a snow-covered child.

This is only illegal on school property though, children can build huge snowmen at home, and hopefully, their parents will be able to tell the difference between their child and an actual snowman.

This law was brought into place with semi-good intentions, even though dominoes seem oddly specific. It was believed that making this illegal would force people to spend time with their family on a Sunday, which is the day of rest in Christianity (the sabbath).

However, it gets confusing if a family wants to play dominoes together on a Sunday.

Massachusetts – Mourners Can’t Eat Too Many Sandwiches At A Wake

If you are attending a wake in Massachusetts, make sure to not eat more than 3 sandwiches while you are there. This law was put in place to prevent people from emotionally eating at a funeral, which could have led to illness.

We have all wanted to drown our sorrows in food in tough times, but this seems quite a controlling rule that can still be found in the lawbooks today!

This really is such a strange law, and there isn’t much indication of why this law ever came to be. An obvious guess might be that someone tied their giraffe to a telephone pole, possibly a circus passing through town, and a police officer wanted to fine them for doing so.

When they realized that there was no law to charge this offender with, they simply made one up to follow through with! Hopefully, you won’t find yourself in the position where you need to tie your giraffe to a telephone pole.

When in Jonesboro, Georgia, try to not mutter the phrase “oh boy.” This could land you in some trouble with the law! This phrase was considered offensive to the local townsfolk of Jonesboro, so the phrase was outlawed, and still is found in the lawbooks today.

There isn’t any record showing if anyone has ever been charged for saying this phrase or if it is still considered offensive.

Is It Illegal To Eat An Orange In A Bathtub?

It is technically illegal to eat an orange in a bathtub in California, but you can rest assured that no police officer is going to hunt you down and put you in handcuffs for enjoying some citrus in the bath after a long day.

It was believed that the citric acid in oranges would mix with the natural oils found in bathwater, and cause an explosion, so the law was created to protect homeowners and their families from catastrophe.

The United States has a long history of some really strange laws, and most of the outdated ones are not enforced at all, but they do provide some entertainment when reading through them.

What is the strangest law in Alaska?

Alaska has a long list of very strange laws. One of the strangest is that it is illegal to whisper in someone’s ear while they are out moose hunting. You are also not allowed to wake up a bear just to take a photo of it – which seems fairly obvious.

You should also avoid pushing a moose out of a moving airplane, as this could see you in some big trouble!

Should you put an orange in the bath?

It is actually a good idea to put a few slices of orange into a bath. The citric acid and vitamin C found in citrus peels can help to promote circulation, shrink pores, revive your skin, and provide an aromatherapy experience from the comfort of your own home!

The Best Oranges For Juicing

Oranges Vs Mandarins – What’s The Difference?

Can You Freeze Oranges? – The Best Way

How To Reheat A Meatball Sub