Home Cooking TipsFood Safety Can You Freeze Lunchables? – Is It Safe?
Food SafetyFoodsguyFreezingHow To

Can You Freeze Lunchables? – Is It Safe? 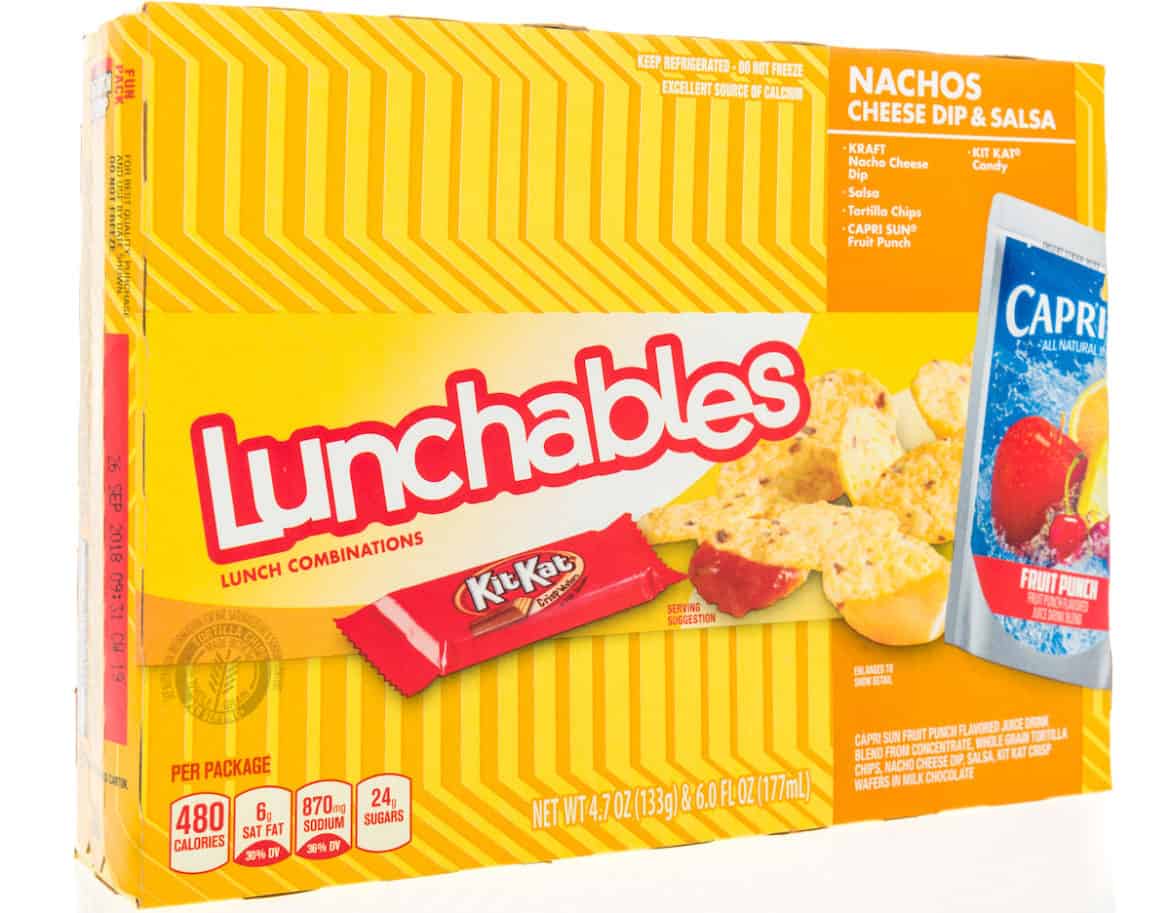 Lunchables are a cheap and convenient snack for adults or a full meal for kiddos. If you have some Lunchables at home that are reaching their use-by date, you may be wondering if you can put them in the freezer so that you can enjoy them at a later date.

So the question is, can you freeze Lunchables? Yes, you can freeze Lunchables, and they’ll be safe to eat as long as you thaw them properly. With that said, freezing Lunchables will likely alter the taste and texture.

Read on to see if freezing Lunchables is truly the best idea, and learn some alternatives if you decide freezing isn’t what you want to do with your tasty packaged snack.

Freezing Lunchables – Is It Safe?

The first point to address is that there are numerous types of Lunchables, which are all a little different in how they are going to react to being frozen. Most of them come with crackers, and that can be the biggest problem when it comes to freezing the entire package.

The reason that freezing the crackers isn’t ideal is that once they are thawed, the crackers aren’t going to have the same texture as when they were fresh. After being frozen, they will be a little soft and soggy, and this is going to deter some people more than others.

The instructions on the Lunchables will advise you not to freeze them and to keep them refrigerated instead. That’s not really a safety issue and more of a cautionary recommendation because the product won’t taste the same after freezing.

If you have Lunchables that are due to expire before you’d like to eat them, then it’s a good idea to freeze them and see if you like their texture and taste once they have thawed. Everyone is different and some will like this more than others.

Lunchables That Come With Drinks

A few varieties of Lunchables come with a drink which can be a great additional feature but they are not great for freezing. The reason for this is due to water expanding while it is frozen and it does so by around 9%.

In an enclosed bottle, this expansion can lead to bursting in your freezer, and you can be left with little pieces of frozen juice all around your freezer. Due to this, you want to remove the drink from the Lunchables and place it in the fridge instead.

So the crackers can get a little bit soggy, but what about everything else? The fillings are going to be fine after they have been frozen, and you’ll see a minimal difference in the taste and texture of the meat, cheese, and dessert if they include it.

While freezing Lunchables is absolutely safe, you need to be mindful of how you are going to be defrosting them. It’s best not to leave Lunchables at room temperature unless you’re going to be eating them soon after they have thawed.

The reason for that is the safety concerns of leaving meat at room temperature. You can only leave the meat for a few hours at room temperature before it potentially becomes unsafe. If you can, it’s best to defrost your Lunchables in your fridge instead.

Some people, however, like the idea of taking Lunchables out of the freezer, popping them in your bag and eating them late in the day when they have thawed. This is fine as long as you’re mindful of how long they have been left out after they have thawed.

If you’re eating your Lunchables at home or office then you may prefer to put the meat in the microwave for a few seconds. This can make it nicer to taste and also ensures that they are completely thawed. This is simply a matter of personal preference.

You can’t freeze food indefinitely as after a while the flavor and texture will deteriorate. Different foods will have a different length of time. The main consideration here is going to be the meat included in the packet.

After about two months the meat in Lunchables is going to start getting worse to taste. You can still eat your Lunchables after this but the reality is that you probably won’t want to.

As with all meat, the best thing that you can do is defrost the meat in the refrigerator so that bacteria won’t start to thrive once it’s thawed out. If you want to speed up the defrosting process, you can place them in a bowl of room temperature water.

If you want to defrost your Lunchable at room temperature, you just want to make sure it’s not left out for a long time once it’s thawed.

If you love the idea of Lunchables but don’t want to have to freeze them then you could always make your own. This is very easy to do as crackers last for a very long time and cheese also has a long use-by date.

You can then add these to anything that you have in the fridge such as ham, turkey or chicken. Creating your own Lunchable also works out to be a lot cheaper, and you can tailor the ingredients so that your lunch consists of exactly what you want. Win-win!

If you want to add a unique ingredient to your Lunchable, I highly recommend cheese straws! They are fun, healthy, and fit nicely into any container. You can read about my 5 favorite cheese straws here.

If you are a vegan and want to use vegan cheese, you can absolutely still freeze your DIY Lunchable, but you’ll want to read this article first.

For DIY Lunchable ideas, you can watch this short video by The Family Fudge on YouTube. There are a lot of homemade Lunchable idea videos on YouTube, but I liked how short and sweet this one was. Enjoy!

Will Lunchables go bad if not refrigerated?

Most Lunchables contain a source of meat and it’s never a good idea to let meat be at room temperature for a long time as it can be a breeding ground for bacteria. They are okay for a few hours but never more than that.

While cheese can last for longer outside of a refrigerator, this too will go bad quite quickly. As soon as you buy Lunchables it’s a good idea to get them in the fridge or freezer as soon as you can.

If you plan on eating Lunchables later in the day, freezing them can be a good idea to keep them fresher for longer.

There is no getting away from the fact that Lunchables aren’t going to be the most nutritional things that you’re ever going to eat. That being said, they aren’t as bad as some people like to make out and they can be a great source of nutrients.

You’ll get plenty of calcium from the cheese included in the packets and the meat is a good source of protein. Making your own version at home can be even healthier as you will often be able to use fresher and less processed

How long can you leave ham unrefrigerated?

The exact amount of time you can leave the ham out of the fridge is going to depend on a few factors, with the temperature being a big one. If it’s still in a fairly cool setting then you would be able to leave it out for several hours.

During this time, you’d want to ensure that the ham is covered, as it would be in a Lunchables packet. Even in a sealed packet, it’s not immune from bacteria. Ham left out in warm conditions will only last for around two hours before it needs to be thrown away.

Will Lunchables still taste nice after being frozen?

This will come down to personal preference but many people see no difference in the taste and texture of the fillings after they have been frozen. The crackers are the main issues since they can lose their hardness and become a little soggy.

Can I refreeze Lunchables?

So, you’ve frozen your Lunchables, thawed them out thinking that you’re going to eat them, but forgot you had them. As with almost all foods, refreezing something after it has been defrosted is never going to be advised.

This becomes a health concern, and you don’t want your Lunchables to make you unwell. If you’ve thawed them and left them out at room temperature for longer than 2 hours, then you’ll just have to throw them away. It’s not worth the risk, and you’re better eating something else.

Hopefully, this has given you the reassurance that you can stick your Lunchables in the freezer and not worry about them. They are a great little snack and instead of throwing them away when they are nearing their use-by date, throw them in the freezer instead.

The Difference Between Hoagies And Subs

Can You Freeze Sour Cream? – Is It Safe?