Home Foodsguy Can You Freeze Lemongrass? – The Complete Guide
FoodsguyFreezingHow To

Can You Freeze Lemongrass? – The Complete Guide 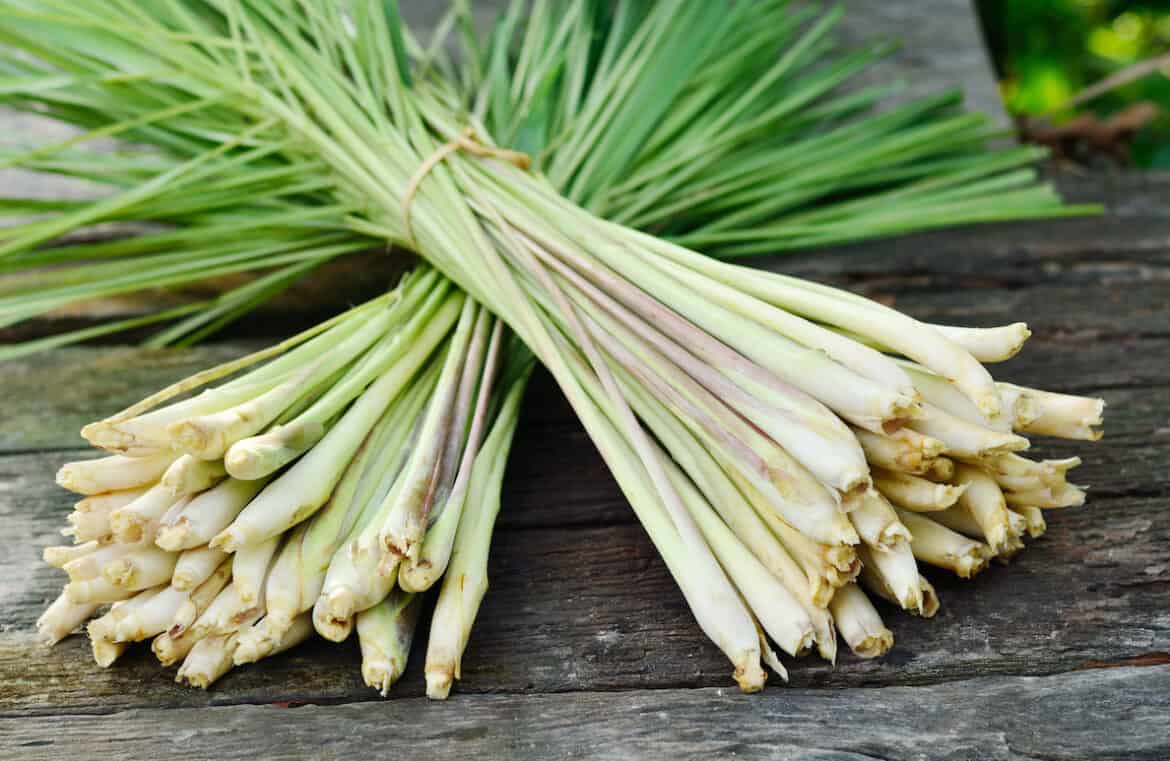 Lemongrass is the signature ingredient in many Asian recipes and tastes equally delicious when made into a tea. The biggest problem with fresh lemongrass is that it doesn’t stay fresh forever.

Can you freeze lemongrass? Lemongrass can be frozen very effectively. You just need to know what part of the lemongrass you want to use, keep, and freeze in order to follow the correct steps since it varies depending on which part you’re trying to freeze.

In this article, we’ll provide a detailed and thorough step-by-step guide to choosing, preparing, and freezing lemongrass.

Can Lemongrass Be Frozen?

Yes, you can freeze lemongrass and it’s an excellent way to ensure you always have this key ingredient on hand when you need it.

Lemongrass is, as you’d expect, a grass that tastes very citrusy, much like lemon. However, the plant itself looks more like a green onion or a very thin, baby leek.

The most flavorful part of lemongrass isn’t in the grassy leaves, but rather in the lower, more dense stalk. Depending on where you buy your lemongrass, you may find that the upper leaves have already been removed, and all that is left is the stalk.

Though the leaves aren’t usually called for in most recipes, it is possible to use them for lightly flavoring broths, teas, or for use as a garnish.

If you choose to keep your leaves and freeze them as well, you will want to freeze them separately from the stalk.

Freezing lemongrass isn’t that difficult, but there are a few secrets to success. If you want to preserve the quality and flavor and make the lemongrass quick and easy to use on-demand, you’ll want to prep the grass before freezing it.

How Do You Prepare Lemongrass For Freezing?

How to prep lemongrass for freezing is really just a few steps, as follows:

How to Freeze Lemongrass

Once your lemongrass stalks are prepped and ready to freeze, you’ll want to separate all your chopped, minced or pureed lemongrass into individual serving sizes.

This will not only help the lemongrass freeze more quickly, maintaining more nutritional quality and a better texture and flavor, but it will also make it easier to separate out your portion for future use.

There are a few easy and convenient ways to portion out your lemongrass:

If you’re freezing the leaves of your lemongrass, they’re considerably easier. Simply make sure they’re entirely clean and dry and then store them in a freezer-safe Ziploc bag in your freezer.

How to Freeze Lemongrass Stalks Whole

It is possible to freeze lemongrass stalks whole, though they will lose their firm texture. If you’re planning on chopping or mincing the lemongrass for a recipe in the future, it’s best to use the freezing preparation method above.

If you’re planning to use your lemongrass in larger chunks simply for boiling into a broth, for example, and you’re not planning on mincing the plant in the future, you can freeze it whole.

Make sure your lemongrass is clean and thoroughly dry before you freeze it. Trim the stalks so that they’ll fit nicely into a freezer-safe Ziploc bag.

Fill the bag as much as you can or with as much lemongrass as you have and press all the extra air out of the bag before you seal it tight.

As long as the stalks are completely dry when you put them into the bag, they shouldn’t stick together as they freeze, so you should always be able to take one stalk out at a time, leaving the rest safely frozen.

How Long Can You Freeze Lemongrass?

If frozen as suggested, your lemongrass will retain its best quality for up to 6 months in your freezer. After 6 months, the lemongrass will be safe to eat, but the potency of flavor and aroma will start to degrade.

Using a vacuum-sealing machine will extend the life of your lemongrass the most, and it should stay fresh for at least 1 year before you notice a significant difference in the taste or fragrance.

How to Store Lemongrass

If you have only enough lemongrass that you will be able to use it all within 2 weeks, you can keep it in your fridge, rather than your freezer.

Storing lemongrass is relatively easy. All you need to do is wrap it to protect it from the drying air of your fridge and keep the flavor and fragrance as contained as possible.

Ziploc bags are great for lemongrass. Try to trim your stalks so that you don’t have to bend or break them to get them into the bag.

Before you store them, however, the real trick is to harvest or buy the best quality lemongrass you can find.

The quality of lemongrass can vary widely, which can be frustrating. If you don’t know what to look for, your favorite Thai curry recipe may turn out bland and disappointing.

The best lemongrass will have long stalks in comparison to other batches harvested around the same time, and they should be heavy and dense.

They will always have small bulbs at the bottom, similar to a green onion. The bulb will be white-ish, though if it has a slight pink or cream blush to it, that’s a good sign.

If the lemongrass at your grocery store still has its leaves, it’s not unusual for them to look rather disheveled and as if they’ve had a bit of a hard life. They will still have enough flavor to brew a heavenly cup of tea.

What you do want to avoid, however, is lemongrass leaves that look like they’re dried out. If there is a lot of brown in the leaves, especially on the innermost leaves, look for a new batch.

Lemongrass – where to buy?

Lemongrass is cultivated in most areas of the world year-round and, if you can’t find any in your favorite grocery store, you’ll probably be able to find some in a nearby Asian food market. You can also often find lemongrass at farmer’s markets.

You can even find lemongrass online in a variety of forms. If you’re in an area that allows for fresh produce shipments, lemongrass is a food item that lasts long enough to ship well. Of course, you can also find lemongrass dried, powdered, or in a paste, which all work well for most recipes.

Can you eat lemongrass?

Yes, you can eat lemongrass by itself, though it is much more enjoyable cooked than raw. In most cases, just the stalk is used, and it’s often sliced thinly, minced, or pureed. The flavor can be strong if you get a large mouthful, so the goal is to spread it out generously through your dish.

Lemongrass leaves are not commonly eaten. It can be used for flavoring if you don’t want as much potency as you get from the stalk, but they’re usually removed from the dish before it’s eaten, similar to cooking with bay leaves.

Lemongrass looks very similar to green onions, with pale green to yellow stalks that end in a small bulb. The leaves look more similar to leeks, though they are thinner.

The most obvious identifier of lemongrass is the scent, which is very bright and citrusy, giving the plant its name.

Can You Freeze Zoodles?

How To Fix Undercooked Rice In The Microwave

The Best Skillets For Steak

The Best Substitutes For Mango Chutney

Shortening Vs Lard – What’s The Difference?