Can You Freeze Half-And-Half? 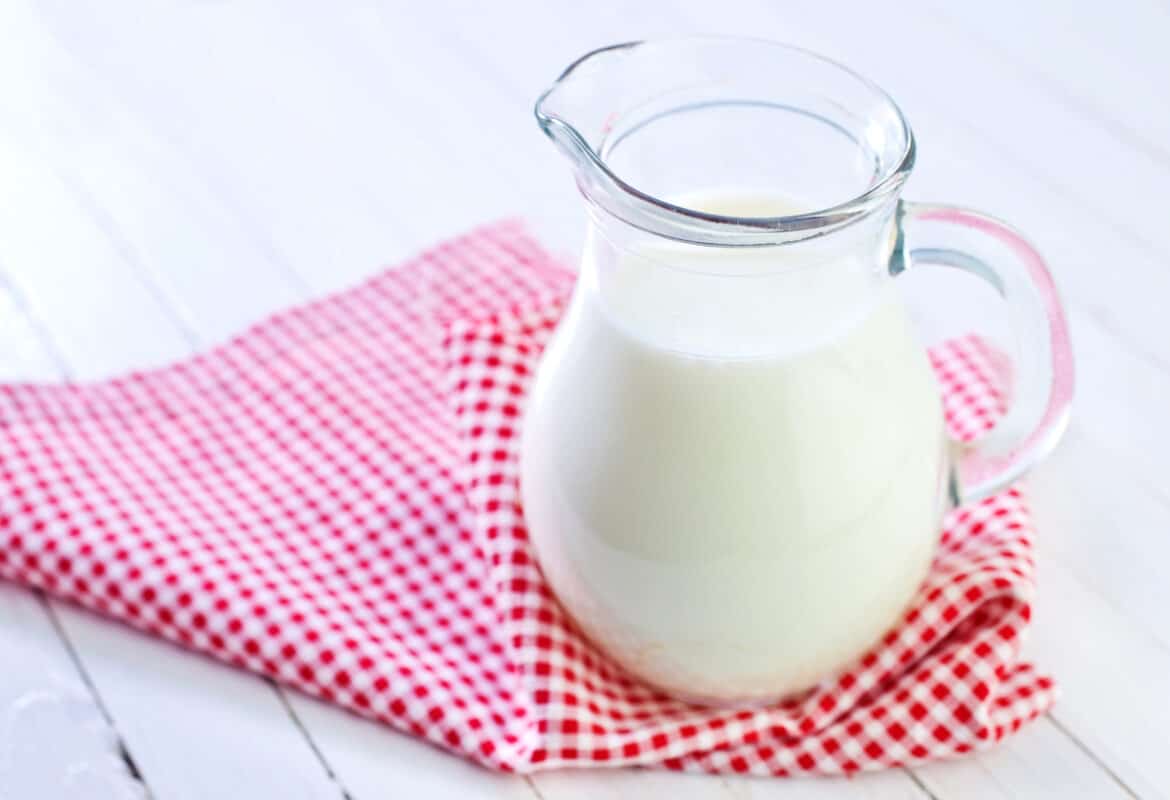 We’ve all had milk in our cereal and cream in our coffee, but when faced with a container of half-and-half, many of us have more questions than we’re willing to admit.

It’s much more than just “dairy” and it comes with a unique set of storage requirements.

In the rest of this article, we’ll detail the process of freezing half-and-half for various purposes, as well as answer many of your other important questions about half-and-half.

If you had to take a guess at what half-and-half is, there’s a good chance you’d assume it was half cream and half milk, and you’d be right.

Specifically, half-and-half is half whole milk, which usually has about 3.5% milk fat, and half light cream, which has about 18-20% milk fat.

For half-and-half, the percentage of milk fat ranges somewhere in the middle of the two contributing ingredients, 10 – 12% depending on the brand.

You can find non-fat or fat-free half-and-half, which replaces the cream content with alternative ingredients like corn syrup and carrageenan to approximate the taste and thickness.

Half-and-half is like a specialty dairy, and it’s priced accordingly. If you’ve purchased a larger container than you have use for, you certainly don’t want it to go to waste. But you can freeze it quite effectively, especially if your future usage is likely to be for cooking.

For best results, freeze your half-and-half in single-serving portion sizes.

If you know you’ll need 1/3 of a cup for making ice cream, freeze 1/3 cup portions. If you only need ¼ of a cup for your favorite pasta sauce, freeze it in ¼ cup servings.

If you use half-and-half for your coffee, we’ll cover that specifically in the next section.

Once you’ve measured out your portion sizes, follow these easy steps:

Can You Freeze Half-and-Half for Coffee?

Yes, you can, but we recommend thawing it before adding it to your coffee though.

Here is our best suggestion for freezing half-and-half for coffee and then using it:

Can You Freeze Fat-Free Half-and-Half?

Fat-free or non-fat half-and-half does not freeze well.

The ingredients used to replace the cream and fat in the milk will completely ruin the texture of your half-and-half once it’s thawed and no amount of shaking or whisking will make it palatable again.

Can You Freeze Half-and-Half In the Carton?

We do not recommend freezing half-and-half in the carton it comes in, especially if that carton has been opened.

If it has been opened you absolutely must transfer it to a new container or freezer-safe Ziploc bag that can be sealed airtight.

For best results, you want to freeze your half-and-half in portion sizes that are pre-measured for your usage needs. If you freeze it in the unopened carton, you will have to use the entire carton once it is thawed.

Do not refreeze previously frozen half and half, nor any other products.

The containers you purchase dairy in are not necessarily freezer-safe, but if your half-and-half is unopened and you aren’t concerned about using it all at once when it is unthawed, it should be safe in your freezer. It just is not recommended.

Half-and-half will expand as it freezes and an unopened container may not expand with the liquid. A cardboard container may split, so keep an eye on it.

If your container splits or cracks, take it out of the freezer right away and either repackage it while it’s still frozen and get it back in the freezer as quickly as possible or thaw and use.

How Long Can You Freeze Half-and-Half?

The longer half-and-half stays frozen, especially in a freezer that gets a lot of use and therefore has minute temperature fluctuations, the more the consistency and flavor are going to be at risk when you use it.

If half-and-half is frozen properly in a perfectly sealed, freezer-safe Ziploc bag with no exposure to temperatures warmer than 0 F, it should stay safe indefinitely.

For best taste, however, try to use your half-and-half within about 3 months of freezing.

Once it is thawed, calculate how many days were left between the freezing date and the best before date, and that is how long it will stay safe and fresh in your fridge.

How to Use Frozen Half-and-Half

You should always thaw half-and-half before trying to use it. When it freezes, the fat and water will separate and it may even develop a slightly grainy texture.

Once it’s thawed, a good shake or whisk will reconstitute the liquid so that it’s smooth and creamy once again, but it may still have a slightly off-putting texture.

If you’re cooking or baking with it, you shouldn’t notice the difference between fresh and frozen half-and-half at all.

How Long Is Half-and-Half Good For Once Opened?

The rule of thumb for any dairy product is always to abide by the best before date printed on the carton.

With half-and-half, if it’s carefully stored you can usually extend the lifespan a bit. Unopened half-and-half should be safe in your fridge for 7–10 days.

Keep it as far from the door as possible to minimize the exposure to the warm kitchen air and the temperature fluctuations, which is not good for dairy products.

Box containers never fully reseal and your half-and-half will go off quicker if left in an unsealed environment.

Once opened, try to use your half-and-half within 3–5 days.

It’s also a good idea to always give your half-and-half a good, hearty shake before using it – yet another reason a sealed container is useful. This will reconstitute any milk fat that may have started to separate and smooth out the texture and flavor.

If you have the small, single-serving sized creamer cups, they’re packaged to be shelf-stable and don’t even need to be refrigerated if they’re not opened. They will last in a cool, dark cupboard usually for 1–2 months.

Why Does Half-and-Half Last So Long?

There are two main reasons that half-and-half lasts longer than most other dairy products:

Finding the best substitute for half-and-half depends on why you’re substituting if.

If you’re worried about the fat content and want a product that gives you the taste and texture without the fat, you’ll need to choose a fat-free half-and-half.

However, if you simply can’t find half-and-half, try to find a replacement that is as close to 10 – 12% milk fat as possible. It’s best to buy something with more milk fat so that you can temper it with a lower fat dairy product to get a similar result.

Though they are never going to be exact matches, here are a few substitutions that will be quite similar:

The ingredients in half-and-half will vary slightly depending on the brand you purchase. Different additives, preservatives, sweeteners, and thickening agents may be used in certain containers and not in others.

A very pure half-and-half will include only milk and cream.

Many brands may also include some or all of the following: corn syrup, artificial flavoring, disodium phosphate, carrageenan, guar gum, vitamin A palmitate, sodium citrate, disodium citrate, dextrose, locust bean gum, or other similar additives.

Most of those ingredients are either flavor enhancers, preservatives, or thickening agents and they’re all commonly used in packaged foods.

Most half-and-half suggests that a serving size is 2 tablespoons or 30mL. In each serving size you’ll get the following nutritional content:

Half-and-half and heavy cream may seem very similar, but the key difference is the fat content.

Half-and-half, as we’ve discussed in this article, is a combination of half whole milk and half light cream. This brings the milk fat content to approximately 10–18%, depending on the brand.

Heavy cream is pure cream and it has a much higher milk fat percentage, coming in between 30–36%.

In many cases, you can substitute one for the other in cooking or baking, but the fat content may influence how baked goods, in particular, react to the rest of the ingredients.

Substituting half-and-half for heavy cream will lighten the recipes, particularly sauces or soups. Heavy cream can replace half-and-half and even be slightly watered down if necessary.

The one place you cannot use half-and-half as a substitution for heavy cream is in whipped cream or any whipped recipes. Half-and-half will not hold together like heavy cream.

Up Next: Can You Freeze Lactose-Free Milk?

Can You Freeze Canned Pineapple?

Can You Refreeze Salmon? – Is It Safe?