Home Foodsguy Can You Freeze Cannolis? – The Best Way
FoodsguyFreezingHow To

Can You Freeze Cannolis? – The Best Way 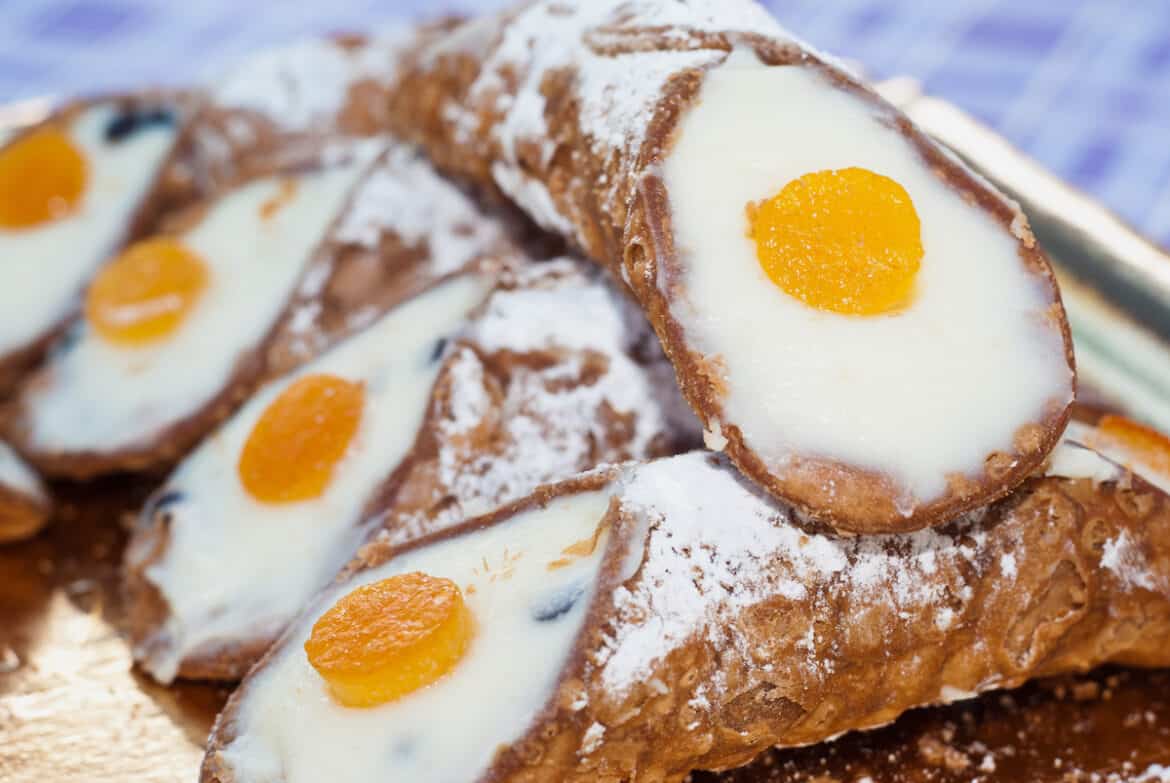 Italy is famous for its sweet temptations. Some of the best of them undoubtedly come from Sicily.

Who hasn’t heard of the famous Sicilian cannoli? Cannoli is that special Sicilian dessert whose taste you remember for a long time. Cannoli is that part of Italian cuisine without which you seem to have tried nothing.

Gathering the feeling of unadulterated taste, aroma, and freshness in every bite, cannoli carries the tradition of an entire culture that has developed over centuries. They keep the secrets of troubled times and happy evenings, of merry laughter, but also of battles and conquerors.

While Italy is too far away from most of us, we can always make the cannoli at home and bring a little bit of the unique Italian cuisine to our household. However, while they are extremely simple to make, there is a lot to consider. We are here to teach you the subtleties.

With this said, can you freeze cannolis? Yes, you can try to freeze cannolis but you probably won’t want to, as the creamy filling penetrates the shells and makes the cannoli soggy and less enjoyable. Instead, we recommend freezing the filling only, for up to a month, so you can thaw it when you want to make cannolis.

In the following article, we will discuss all the small details about freezing cannolis and everything related to storing them correctly.

Can You Freeze Cannolis?

Cannoli is the type of dessert you make in large batches and often for gatherings with friends or family. While it can easily be ranked among the easiest desserts to prepare, it is also one of the treats that are made following specific instructions and rules.

Generally speaking, cannolis should be filled in the last moments before serving. Any preparation in advance would not give the results you envisioned in your mind in terms of taste and texture.

The most common cannoli filling is made out of ricotta cheese and whipped cream which is also where the problems begin. Simply said, there is no way to avoid soggy when it comes to filled cannolis.

This is the main reason why you should only fill your cannolis at the last moment. Any other means of storage will certainly lead to the filling breaking into the tube and turning it into a completely new dessert.

With this said, what is the proper way to store cannolis? Should you refrigerate them or can you freeze them?

If you attempt to freeze filled cannolis, the thawed dessert will look nothing like the cannolis you froze originally. Plus, if you froze them incorrectly, they would not last long in the freezer.

Instead of freezing the entire filled cannoli, you can prepare your filling and freeze it separately. This is the smartest option that will present you with the opportunity to make the actual cannolis whenever you want by simply thawing the filling.

However, you can expect the filling to taste slightly different than its original state. This is because both ricotta and whipped cream change when being frozen.

Even if you stabilize the filling before you freeze it, ricotta often becomes watery when frozen and thawed while whipped cream could lose its texture and volume.

How to Freeze Cannolis

Now that we learned that you probably shouldn’t freeze filled cannolis, but just the filling by itself, it is time to learn all the subtleties as there are some details to keep in mind. To make it easier, we will divide the process into a couple of steps.

As cannoli filling usually consists of whipped cream and ricotta as base ingredients, we will explain how to freeze this exact filling.

If you plan on adding additional flavors such as chocolate chips, Nutella, or anything else which is common for recipes nowadays, consider how well each ingredient freezes before adding them.

For example, chocolate will not cause trouble but certain fruits that are often mixed with the cream and ricotta do not freeze well and could potentially destroy your filling once frozen.

Step 1: Stabilize the filling with gelatin

While you can generally freeze cannoli filling without gelatin or any stabilization, it truly freezes better when you do take that time for additional preparation.

It helps by keeping the volume that whipped cream often loses when frozen and also protects the filling from becoming watery which is a common issue with ricotta cheese.

All you need to do to stabilize the filling is:

Like with any other type of food, you will need a trustworthy airtight container, or several if you have a larger batch of filling that you need to freeze.

Of course, you can also use a freezer bag but this method could result in a big mess when it is time to thaw. We personally recommend using an airtight container.

Your freezer must be set at a temperature below 0 F. In general, the filling could last months in the freezer but it will continuously lose quality after the first several weeks. As usual, we recommend thawing and consuming it within a month.

How to Thaw Frozen Cannolis

When the time comes to thaw your cannoli filling, remember to leave it in the fridge overnight. No other method would work in your favor.

If you thaw in a microwave, you can kiss the texture goodbye. If you thaw it at room temperature, it would stimulate bacteria growth which could potentially endanger your health. Always give it time to thaw naturally in the fridge.

Once it is done, make sure to whip it in a mixer or by hand. It will get the texture back to its original state in case the ricotta has separated. You can also add additional flavorings to freshen the mixture.

Can You Refrigerate Filled Cannolis?

Once again, we do not recommend storing filled cannolis in the fridge just like they shouldn’t be kept in the freezer. Unfortunately, this is a dessert that just simply does not retain its shape and quality when stored.

In general, you can refrigerate cannolis for a day or two but do not expect to see the same dessert on the next day. Not that it would taste bad but you should look at it as an entirely different treat.

All in all, there are few things you could do to prevent the moisture from softening the cannolis entirely but we actually have an idea that could potentially extend the shelf life of their crispiness for, let’s say, another day.

It is a bit of work but every method and the end result would sound better than having soggy cannolis in less than four hours, right? So, in order to extend their shelf life, you should carefully wrap every single one individually.

The idea behind this is to isolate them entirely from any contact with air. You can do it with aluminum foil only or as we prefer – to wrap them with wax paper first and then a second time in foil.

For maximum efficiency, you can throw the cannoli wraps in an airtight bag but make sure to take out as much air as possible. As we said, it does sound like a lot of work but it could protect the leftover cannolis for a second meal.

We hope you’ve enjoyed this guide to salvaging your cannolis – or at least your cannoli fillings – by freezing them. We have also included some common related questions below, just in case you have more questions.

How long do cannoli shells last?

Most people buy their cannoli shells from the store or online but there are those that take the time to make them at home from scratch.

As for store-bought cannoli shells, you can generally keep them at room temperature in an airtight container for up to a month although we recommend using them sooner. You can also keep them in a refrigerator but it is not often necessary unless you live in a hot climate.

Can you leave cannolis out?

Unless you are thinking outside the box, your cannoli filling would normally consist of dairy products. If this is the case, you should not leave the cannolis out for more than a couple of hours or you risk contamination with bacteria.

Plus, if this is not your first time making cannolis, you would know that they become soggy in a matter of hours.

There is no better option than to make the cannoli right before eating them and just as many as you would need for the actual meal. Otherwise, they will be a completely different dessert later.

Up Next: Can You Freeze Cream Cheese? – What You Should Know

Can You Freeze Tomatillos?

How To Reheat Lamb Chops – The Best...

How To Reheat Filet Mignon – The Best...

Does Jelly Need To Be Refrigerated?

Can You Freeze A Cheese Ball?

How To Reheat Dungeness Crab – The Best...

The 5 Best Mason Jars For Salads