Blind Baking With Rice – How To Do It 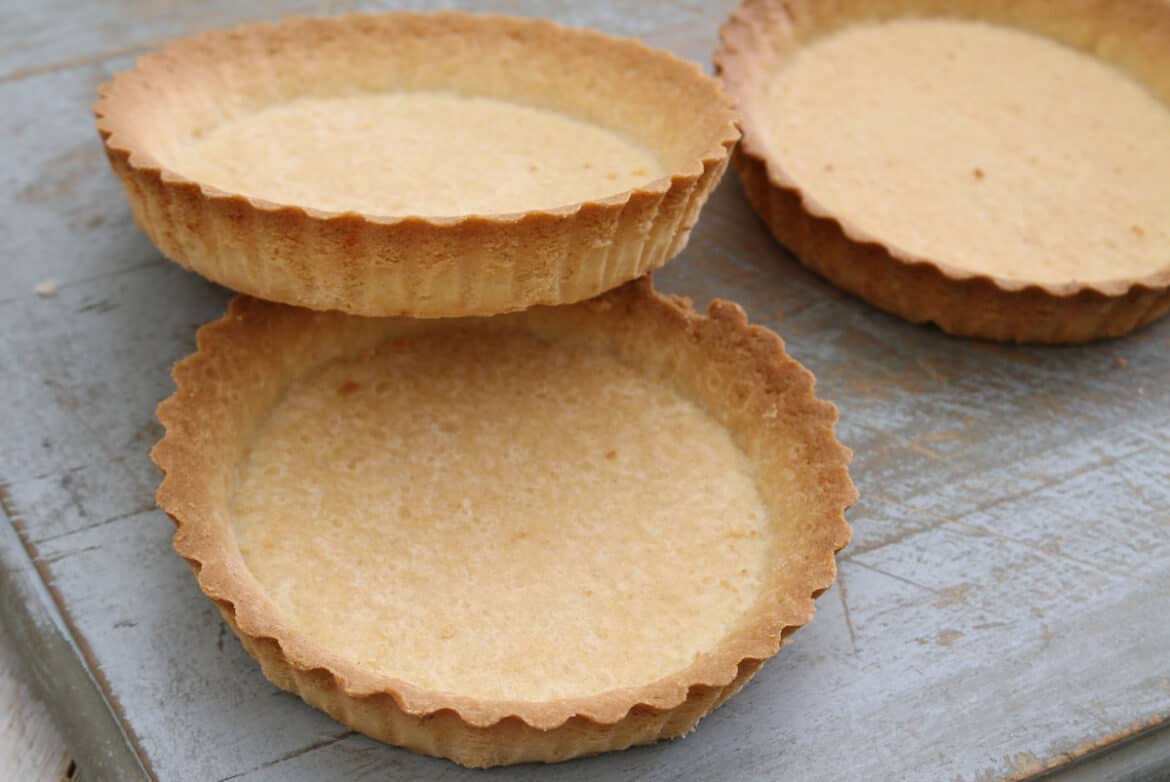 Blind baking is not what you think it is. It is simply pre-cooking the pie crust so that it is nice and ready for a juicy filling to be put on top. The blind baking technique implies using pie weights to keep the crust even and bubble-free.

There are many options for pie weights for blind baking. Aside from professional weights and dried beans, you can also use rice for this baking technique.

So how do you blind bake with rice? Blind baking with rice is the same as doing it with other pie weights. While many professionals use ceramic or metal beans to blind bake tarts or pies, you can use beans, rice, and even sugar to weigh down the crust.

Continue reading for the ultimate guide to blind baking with rice.

What Is Blind Baking?

Blind baking is an intimidating name for a baking technique, especially for those who are already intimated by the mere thought of working with dough.

Blind baking is a term used in culinary to refer to the cooking technique that implies pre-baking the pie crust without a filling. In other words, the pie shell if half-baked to ensure that when the filling is in and the pie is in the oven, the crust gets cooked all the way through.

When Do You Need to Blind Bake?

If you are making a pie with such fillings as chocolate pudding, cream that does not require baking or fruits, you need to fully blind bake the pie crust.

The ‘partial’ blind baking technique is widely used with custard pies. As the custard filling is very moist, the crust will get all soft and wet if you do not have the pie shell prebaked.

There are 2 ways to blind bake a pie crust: docking and using pie weights.

The docking method implies pricking the dough once you have lined it in the pie plate. Doing this prevents the dough from bubbling and the crust cooks evenly. The steam comes out of the dough through the holes you create with the fork.

However, for this method to work perfectly well, you need to prick the dough really well.

Even then, you never know what will come out of the oven.

Pie weights, as the name suggests, weight down the pie and due to the pressure applied to the dough, it doesn’t rise and stays flat and even.

How to Blind Bake with Rice

Blind baking with rice is no different than doing it with professional pie weights. To do it you will need a pie-crust, a standard 9-inch pie plate, some parchment paper or foil, and of course, some rice.

Why Using Rice is Better than Using Beans

Using beans or rice as pie weights have been around for many years. While both work fine, using rice may give you better results.

As the grains of rice are much smaller than beans, the pressure is distributed evenly to all parts of the pie.

Another major reason why you should choose rice over beans as pie weights are that the former are reusable because you can eat it!

While beans can be used over and over again for blind baking, they take on a weird smell that will intensify with every use. You may or may not be fine with your pie weights smelling weirder, pie by pie.

While this will happen with the rice too, the benefit of the latter is that once you have baked the pie, you can make a delicious pilaf that will have an enticing toasty aroma. Beans, on the other hand, will not taste or smell that good.

Why Blind Baking Is Important

The blind baking technique is an important skill for every pastry cook, no matter amateur or professional.

Blind baking is important as it allows you to get a beautiful golden crust filled with juicy filling.

If you skip the blind baking process, you will see that the dough remains mushy and chewy. You do not get the contrast between the crunchy crust and a soft filling. Additionally, putting the liquidy filling into the crust after blind baking helps to avoid leakage.

As a result of blind baking, you get an evenly cooked crust that is crunchy and has a beautiful color to it from the bottom parts up to the rims.

The dough and the filling require different timing when it comes to cooking, the latter taking less.

So, pre-baking the pie crust allows you to keep each ingredient in the oven for as long as it requires. If you put the crust topped with a filling at the same time, you will either end up with a golden crust but overcooked filling, or the vice versa – raw crust with a juicy topping.

Blind baking is also important if you want an even pie crust with an evenly distributed filling on top. If you skip the blind baking process or do it in an incorrect way, steam will create pockets on the crust.

The whole idea of putting weights on the pie shell is that it prevents the dough from buckling. Thus, if you want a perfectly cooked textbook pie you do need to blind bake the crust.

Here are some tips to make your blind baking experience successful and less tedious.

To get a nice pie shell that will withstand all the liquids the filling has, you can brush some egg wash on the crust once it has been blind-baked.

Doing this adds an extra layer of protection to the pie so that no matter what filling you use, it will not get soggy and leak.

If you want to make sure that your pie crust doesn’t shrink while blind baking, place the dough in the pie plate and put it in the freezer. You can leave it in the cold storage overnight. However, if you do not have that much time 1-2 hours will also do a great job at preventing shrinkage of the crust.

Some sources recommend using foil instead of parchment paper when filling in the beans into the crust. It is better to always use parchment paper as it never sticks to the dough.

If you are going to use foil, make sure to butter it.

Some blind baking instructions suggest wrapping the rice or beans in a cheesecloth. Do not do this if you want your pie crust to stay bubble-free on the sides too.

Release the beans or the rice so that they can get into all the crevices and well onto the sides so that you have a perfect blind-baked pie shell.

You may be filling in the rice over the parchment paper and thinking that it is enough of it to weigh the crust down. Even if it is enough to prevent the crust from bubbling and creating pockets, you should fill the rice all the way to the top, so that pressure is applied to the sides of the crust too.

Sometimes baking with weights and then removing them and putting the crust back into the oven may seem to be a lot of work.

If you want to blind bake your pie crust and not fuss with it a lot, line the sides and the main part of the pie shell with foil, fill it in with rice or whatever weights you are using and put it in the oven.

Bake at 350°F for as long as your crust requires. The baking time depends on the size of the crust and thickness of the dough.

If you want more tips on blind baking, check out this video by Epicurious on YouTube.

The 13 Best Substitutes For Sesame Oil

The Best Cornstarch Substitute For Frying

Can You Freeze Braunschweiger?

Thank you for a very informative article. I am making my first pumpkin pie tomorrow and I needed tips on blind baking so the crust will withstand the custard and this did the trick!