Home Foodsguy Bison Vs Elk – What’s The Difference?
FoodsguyThis vs That

Bison Vs Elk – What’s The Difference? 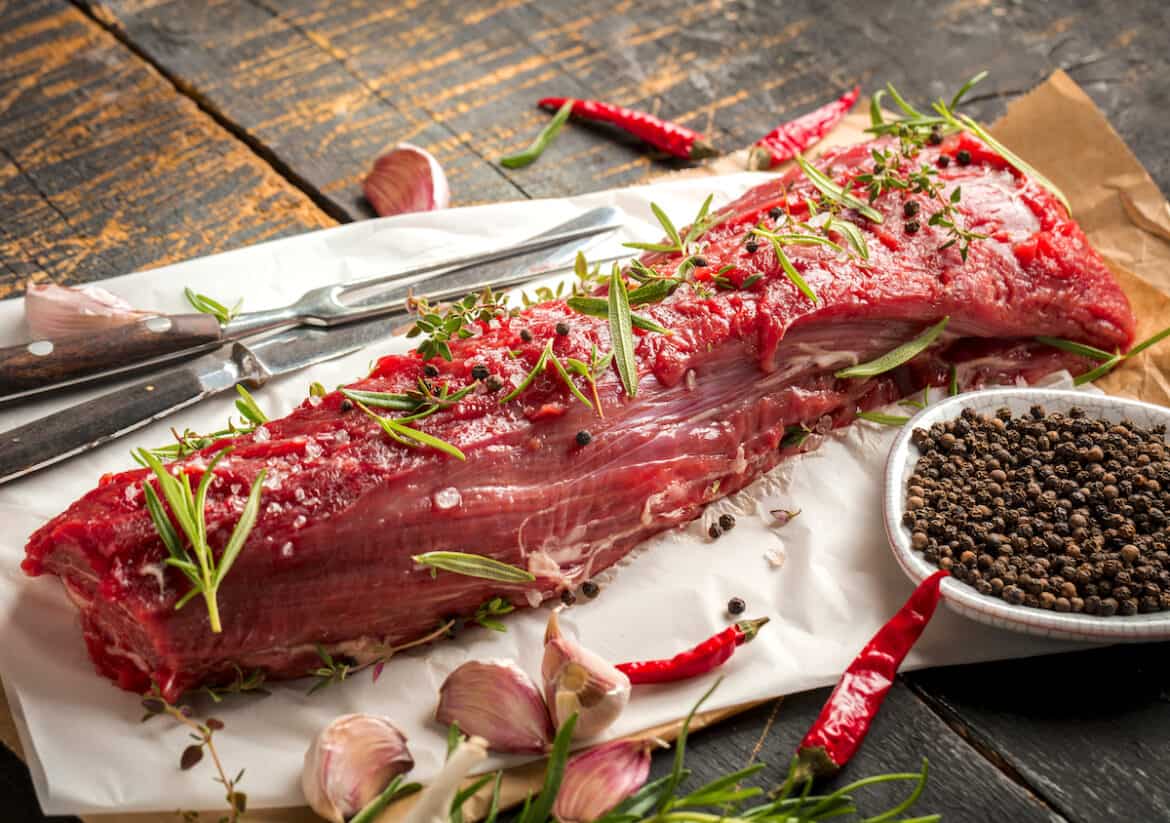 The search for lean meats has become more and more popular. No longer do we only cook with lean beef. The discovery of richer flavors and health benefits from meats like bison and elk has made these meats far more appetizing.

At one time, these meats were specialty game meats that were mostly eaten by hunters, but many others have found that stepping out and trying new meats is worth the effort.

If you’re making the switch to lean meats in your diet, you can’t go wrong with bison or elk.

In this guide, we will discuss bison versus elk and uncover just what the differences between these two types of meat are.

While they have some similar properties, it’s important to understand the differences when it comes time to cook with one, or perhaps even decide which one you want to cook with.

Stick with us to learn the difference between bison and elk.

The Differences Between Bison and Elk

If you are familiar at all with bison and elk, you know that they are very different animals. Where bison are large bulky, elk tend to be lean and small.

Elk have the appearance of large deer, while bison have an appearance all their own, or more similar to livestock but much larger.

Both of these are game meats and both are considered to be lean meats as well. They might be slightly gamy in flavor, but they are really known for having a rich flavor and tender texture.

We’ll start off by talking about bison and then elk and will provide you with a summary overview as well to tie everything together.

Bison are raised or simply live in open pastures. They are known for being large and bulky in size, particularly towards their front quarters.

They graze in the plains and pastures that they live in, eating wild grasses. That is the majority of their diet.

Bison tend to have pretty hearty muscle mass. When you compare skirt steaks of these two animals, or even other cuts, you will notice that the meats don’t look all that different.

Bison will be a deep red color, darker than beef, with little fat marbling. Elk will have even less fat. This thick and hearty bison meat is perfect for grilling.

Bison does have its own taste, which is different than the taste of elk. In terms of taste, bison tastes fairly similar to beef overall.

There are some who can’t tell the difference. However, for those who have outstanding taste buds, you will probably notice a richer flavor with bison meat.

The texture will actually be less grainy than beef as well. Bison is known for having a clean taste as well as a very tender texture. Where a lot of wild animals have a high gamy flavor, bison does not have a noticeably strong gamy flavor.

Bison burgers are famous all over the world because they are delicious and rich and flavorful while also being lean and healthy as well.

Finally, let’s talk about the best ways to cook bison. Bison cooks incredibly well on the grill and this is perhaps the favored method for cooking bison.

Bison is a lean meat, so cooking it low and slow is always your best bet, no matter what means you are using for cooking it.

Lean meats can quickly become tough if you cook them too quickly or on too much heat so cook them slowly using low heat, regardless of what form of meat you are cooking.

Grilling works very well, but you can cook bison meat through other means as well. You don’t need a lot of seasoning, but some salt and pepper and maybe a tad bit of oil or garlic will make a world of difference.

In terms of overall nutrition, you will find that these meats are fairly similar with only small differences overall. Here are some of the nutrition specifics in regards to bison.

These nutrition facts are based on a standard serving of 4 oz:

When you compare this to ground beef, you’ll see quite the reduction of calories, total fat, and saturated fat. Ground beef does have slightly higher sodium content than bison but is actually lower than elk.

You will see similar numbers and variations if you look at a steak compared to ground meat from the bison as well.

Where bison live and feed out in the open plains, elk primarily reside in wooded areas. They like to be among the trees.

They might spend some time in open plains and even eat out in the open plains, but their diets are more hearty overall than the bison.

Elk spend time among the trees, so their diets consist of grass from grazing as well as things like shrubs, twigs, wild grains, and even berries. Elk have much more lean and slender builds compared to the muscular bulk of a bison.

When you take a look at elk meat, it is typically deep red in color, with long and thin pieces. You can easily compare elk meat to meat like carne asada.

The tastes of elk and bison are very different. Elk definitely has a slightly gamier flavor to it, but not in a way that will turn you off or make it undesirable. If you’ve ever tasted venison, elk is very similar.

If you’ve had venison or deer meat, elk is less gamy and more tender, meaning many prefer elk when they can get their teeth on some.

You can expect it to be gamier and tougher than beef and bison.

Finally, when it comes to cooking elk, you will cook it similarly to bison. While you can enjoy the steaks in many ways, they make delicious tacos that are comparable to carne asada tacos in flavor.

Elk is a meat that is very good grilled but is also pretty popular used mixed into recipes as a ground beef replacement.

The bit of gaminess and rich flavor makes elk a great option for dishes like chili where the flavor can really add to the dish in its own unique way.

This is a lean meat, so it’s recommended that you cook it on low temperatures and cook it slowly as opposed to cooking quickly on high heat. This will help retain the textures you are meant to enjoy and prevent it from getting tough or chewy.

Below, you will find the nutritional content of elk for a 4oz serving:

You will notice the fat, saturated fat, and calories are slightly lower than bison. Take note that the sodium is quite a bit higher than bison and even beef, but that is the only place that it is higher and it’s not a concerning difference.

These numbers are fairly similar regardless of the type or cut of meat for elk.

So, let’s compare the two. How exactly are bison and elk different?

While these two animals are both wild game, they are very different animals. From the way the animals look, right down to the tastes and flavors of the meat, you won’t find much that is the same between them.

In both regards, bison and elk are both lean meats, but from there, things change dramatically.

Elk is rich in flavor and deep in color while bison is light in color and only slightly rich in flavor. Bison and elk have different diets in the wild, which lead to the differences in their flavors when their meat is cooked.

Up Next: Goat Vs. Lamb Meat – What’s The Difference?

How Long Does Sriracha Last?

How To Cook Tyson Chicken Strips In The Air Fryer

How To Preserve Green Chilies – The Best...

11 Fruits That Start With D

How To Tell If Turkey Bacon Is Bad

How To Reduce Spiciness In Indian Food