The 5 Best Cheeses To Use For Cheesecakes 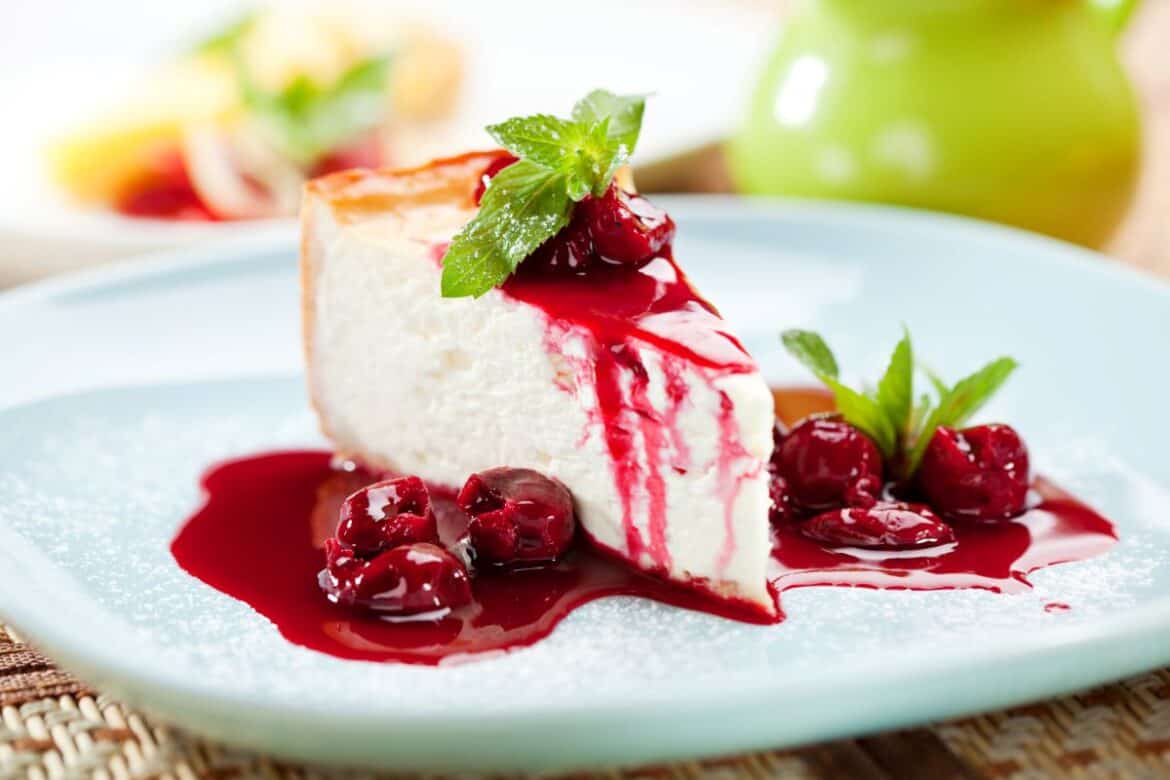 When it comes to making cheesecake, there are several different recipes that you can use. Different people prefer different types of cheese or even different textures for their cheesecake.

Your selection might depend on the type of cheesecake you are making or the flavor you want to enjoy when it’s finished.

You might even be surprised to find some of the different ways that cheesecake can be made. Of course, there are the most common types of cheesecake, but it’s a rather versatile dish when you dig into it.

What are the best cheeses to use for cheesecake? Cream cheese is probably one of the most popular choices but there are several different types of cheese that can be used. Each cheese will have something unique about it that will make your cheesecake slightly different in the end.

In this guide, we will share with you the best cheeses to use for cheesecake. You will find that there are several fantastic options.

We gave you a bit of a spoiler with this one already when we mentioned that cream cheese is the most popular way to make cheesecakes.

This ingredient is the traditional cheese used in America. People really like cream cheese because it gives the cake a smooth and creamy texture and the flavor is rich and not too sweet.

You may be familiar with the famous New York cheesecake which is pretty much just a plain and simple cheesecake.

They use cream cheese for this particular type of cheesecake. It’s perhaps one of the most popular cheesecakes out there.

You get a smooth and creamy texture, a super rich flavor, and a nice dense consistency. Does it really get any better than that?

Of course, the cream cheese is not the only ingredient. It’s often paired with ingredients like egg yolks, sugar, heavy cream, and possibly a touch of lemon juice.

While cream cheese is one of the most popular ingredients for cheesecake in the US, that is not actually the case in other countries.

In fact, compared to the recipes that other countries have been using for centuries, using cream cheese is a fairly new concept.

Cheesecake made throughout Italy is more commonly made with ricotta. We mostly know ricotta as a cheese used for baking more savory things like lasagna or stuffed shells, but cheesecake is another great option.

Just look up the “Roman” cheesecake for an example. In fact, that particular style of cheesecake doesn’t even usually have a crust. Sometimes it does though, particularly in more recent times.

In this cheesecake, ricotta is mixed with flour, eggs, and honey, creating a light but sweet flavor.

Neufchatel is very similar to cream cheese. If you go to buy it, you will find it in the same area as cream cheese at most grocery stores. This particular type of cheese looks, feels, and tastes almost identical to cream cheese.

In fact, many people turn to Neufchatel because it is considered to be a low-fat cream cheese alternative.

Regardless, the result is a creamy and smooth cheese with a rich but light flavor. And it is low fat, so that could definitely be a bonus if that’s a feature you’re looking for in an alternative to cream cheese or other fatty cheeses.

In the U.S. Neufchatel is used to replace cream cheese in any given cheesecake recipe. Your results are going to be almost identical to that of what you would expect from cream cheese; even the flavor will be very similar.

Of course, in areas like France and Normandy, Neufchatel is actually sold as a block of cheese. While it’s still smooth and creamy, the block is actually crumbly rather than what we know as a creamy concoction here.

In those countries where they use the crumbly block, they also typically combine it with gelatin to create a creamy binding effect.

Sour cream is really not even a cheese at all, but it is often used to replace the cheese in cheesecake, as it’s still a dairy item.

Sour cream is made by fermenting cream so it contains similar ingredients and maybe even a similar process to some cheeses.

The reason some people use sour cream is because it has that smooth creaminess that is comparable to something like cream cheese.

The flavor of sour cream is definitely different. Rather than being rich and slightly sweet, sour cream is actually tangy and maybe even a touch sour.

When you use sour cream to make your cheesecake, you may notice a slight hint of tanginess in the flavor, but once you add the other ingredients and sugar, you may not really notice a substantial difference in the cheesecake.

Cheesecake made with sour cream pairs really well with sweet or slightly tart toppings. Some people like to use lemon or berries to complement the sour cream.

Did you know that desserts like tiramisu actually use mascarpone in them?

This is a traditional Italian ingredient and it works really well to make a cheesecake that is rich and creamy. It’s light and airy but also decadently creamy when you consume it.

Mascarpone is almost thought to be a luxury ingredient because it is smooth, creamy, and delightfully rich.

Your result will be similar to that of cheesecake made with cream cheese, but it actually might be even more rich than cream cheese would be because it has a slightly higher fat content.

This particular type of cheese may be harder to find in some areas, but it’s a great one to try if you’re willing.

Choosing A Cheese For Cheesecake

You will notice even among these 5 different types of cheese for cheesecake, none of them really resemble cheese that much. They all have an overarching theme, which is that they are more of a creamy mixture rather than a block of cheese.

The exception to this rule is Neufchatel, which in real form is a crumbling block of cheese that is paired with gelatin to bind it. While many of us buy it in a block similar to cream cheese, that is not the original form.

Here are just a few elements that you might want to consider when you choose the cheese to make your cheesecake.

The first thing you want to consider is the flavor. How your cheesecake tastes in the end is going to make a difference in what you choose to use.

If you want the flavor you are used to experiencing, then this is most likely going to come from cream cheese. However, that is not always the case.

Think about the differences in the flavors of each of these options. You can easily change it up and even try something new or different if you are open to it!

The texture is also going to make a difference. You will notice that cream cheese, Neufchatel, and mascarpone all have a similar texture really. But then ricotta and sour cream are slightly different.

Ricotta texture is going to be noticeably different when you put it in cheesecake. While it’s not a bad texture, it has that little bit of graininess to it that might stick out to some.

It also is not as sweet as some of the other cheese options so that might be something to keep in mind as well.

Finally, your decision might be based off of the type of cheesecake you are making and the ingredients that are in it.

Most cheesecakes, even when made slightly differently, all have some similar ingredients. However, different styles of cheesecakes are all made just a little bit differently.

Think about it, you have Roman, New York, Philadelphia, and classic. That’s not even naming all of the cheesecakes out there. There are far more than this. It’s just to give you an example of the multitude of varieties.

Oh, and did we mention the various toppings? The topping and how you want it to react with the cheesecake itself might also matter to you.

Up Next: Best Substitutes For Cream Cheese In Cheesecake

How To Make Venison Burgers Stick Together

How Long Does Dough Last in The Fridge?